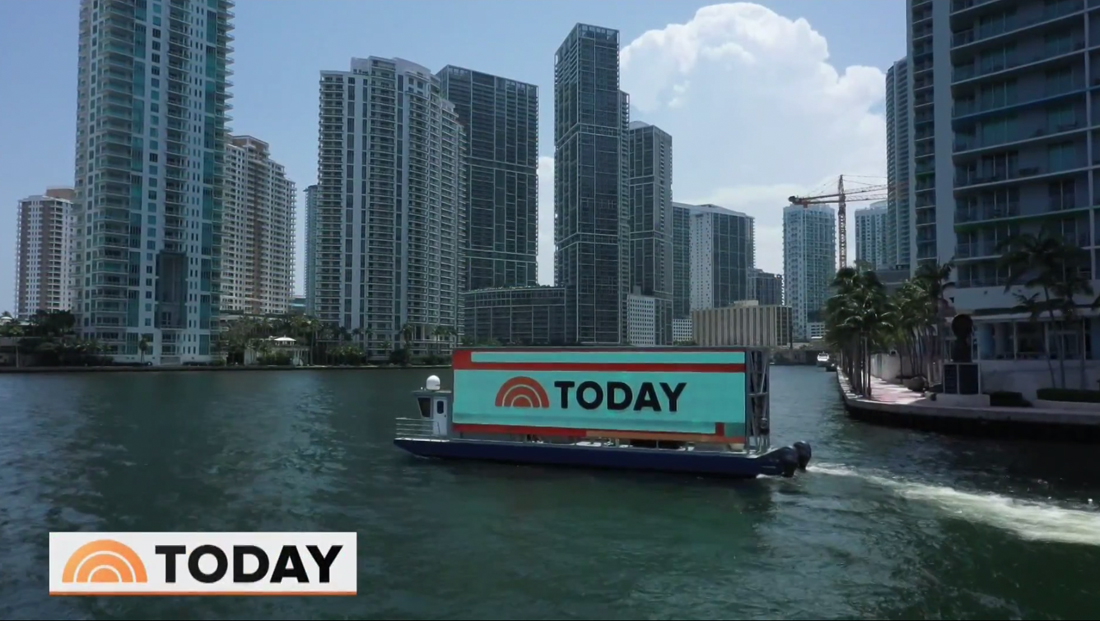 On Thursday, June 27, 2019, “Today” featured views of the Miami waterfront with a floating billboard displaying its name.

The boat appears to be owned by Ballyhoo Media, a company that has launched boats equipped with two 46-foot long LED screens — one facing starboard and the other port.

The company, in turn, sells advertising on the screens with the obvious advantage that ads can be swapped out as needed as well as feature animation and even live content and video feeds.

“Today” co-anchor Savannah Guthrie was in town for coverage of the first democratic debate, which she also served as a moderator on.

During one segment Guthrie joked that the boat was her “ride home” and that it would take a few days to get back to New York.

She obviously didn’t actually travel aboard the boat and was back in New York for “Today” on Friday just a few hours after signing off from debate coverage from Miami.