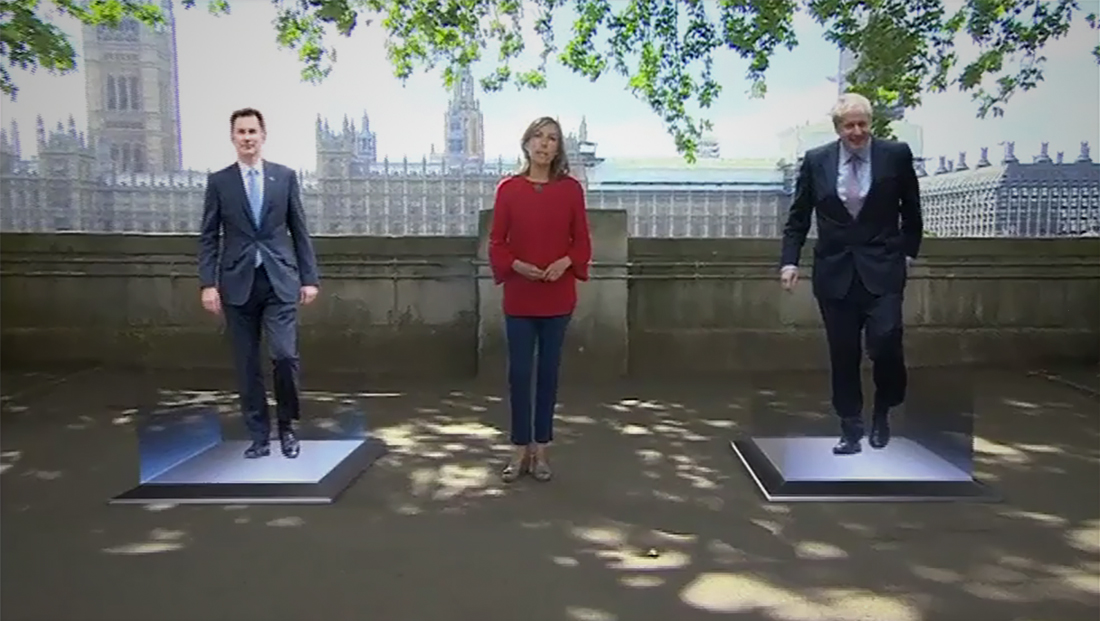 BBC News shot an augmented reality segment along the banks of the Thames — with the under renovation Westminster Hall behind her and virtual people and elements popping up around her.

Presenter Vicki Young stands on the public walkway while virtual figures of Boris Johnson and Jeremy Hunt, two candidates vying to replace Theresa May as prime minister, appear on either side of Young.

Johnson and Hunt are shown “standing” on a square platform with blue uplighting and the segment also includes oversized calendar imagery and 3D floating maps of the U.K.

The segment was produced by BBC News’ in-house creative team under the direction of Nick Davey with 3D design by Ammar Zuhair and Chris Cook directing.