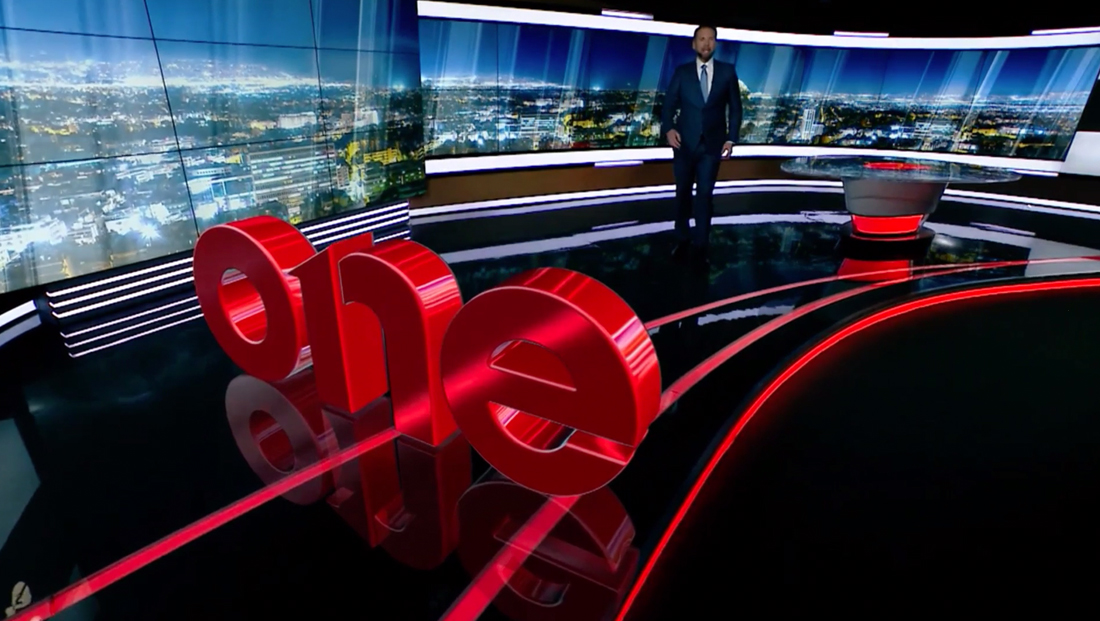 Greece’s One Channel launched in time to cover the country’s key elections — and uses a blend of modern set design and augmented reality.

The channel is powered by Vizrt’s studio automation and workflows as well as augmented reality technology.

In addition to a studio packed with a gently curving video wall, the station also inserts an augmented reality version of its logo on the studio floor in its wide push in shots. 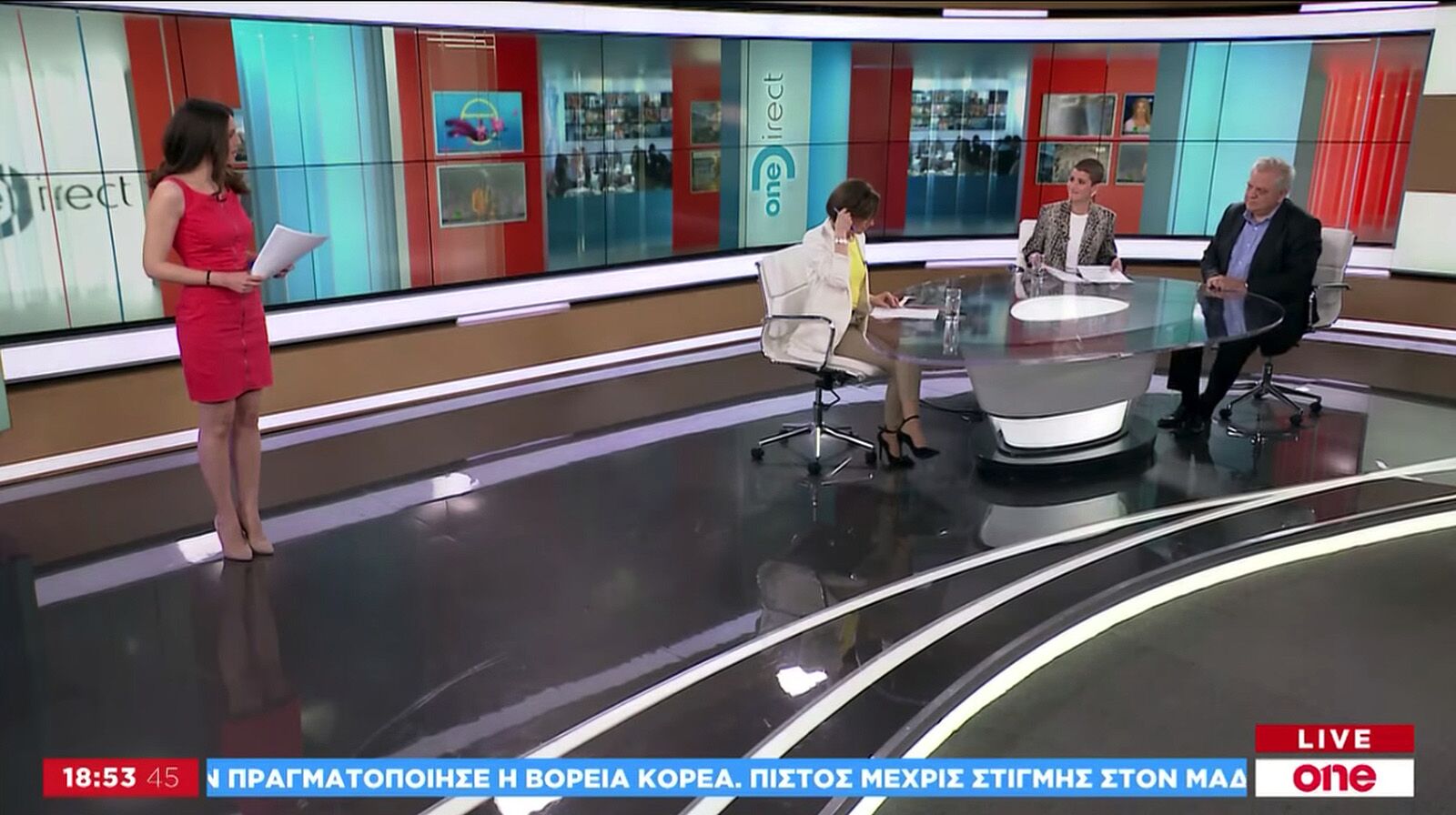 The studio also features multiple anchor desk options and the video walls are used to create unique looks for each programming block, including vertical layered panels with views of a simulated newsroom peeking through. 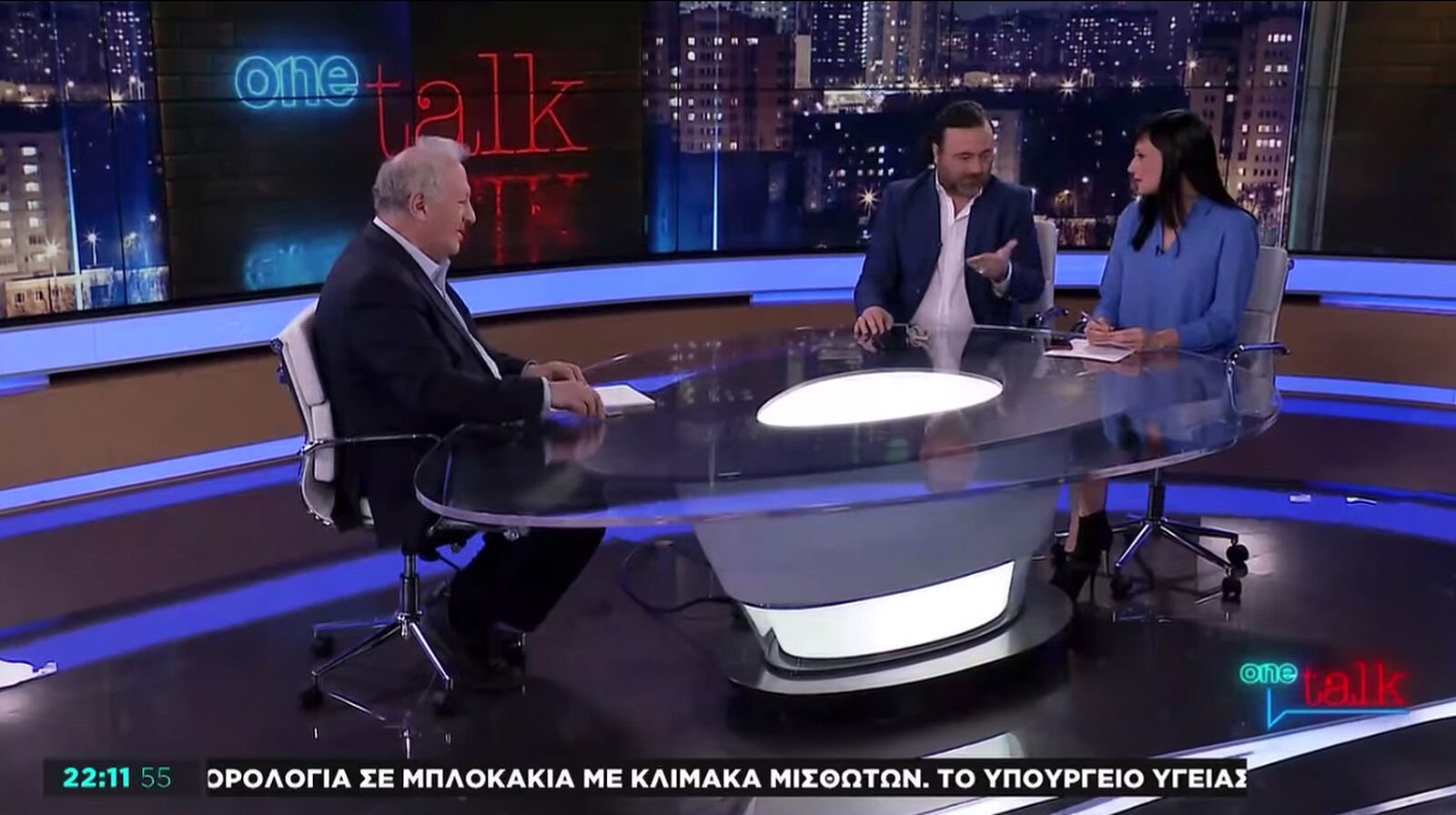 Alternatively, the video walls can display darker, sophisticated graphics such as this cityscape. The integrated backlit LED strips can be shifted to match the look. 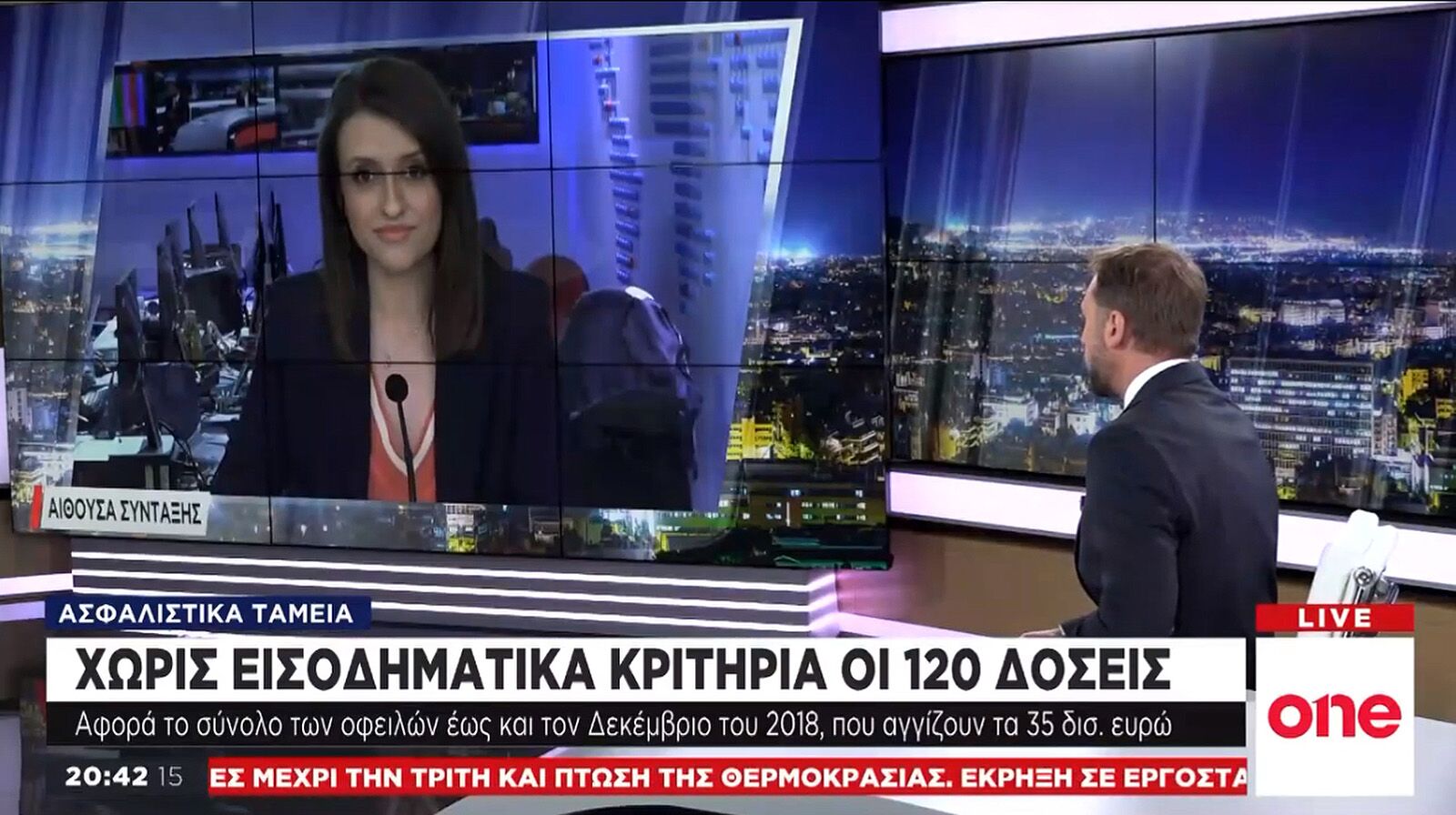 A secondary flat video wall can be used for tosses to live reports as well as program branding. 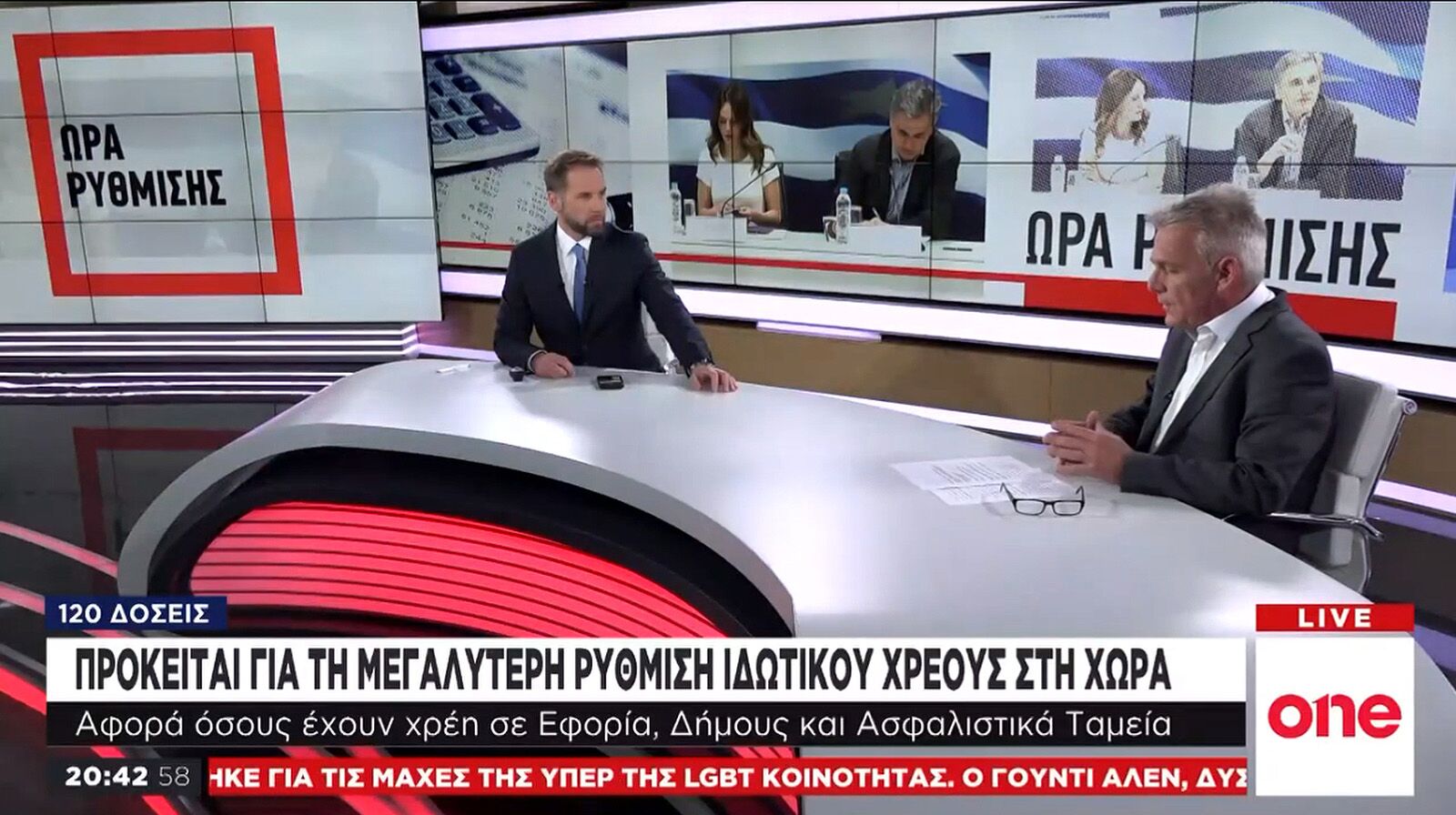 Shows can also use the video walls to showcase topical imagery combined with branded backgrounds.