Explaining the ‘Running of the Bulls’ with AR 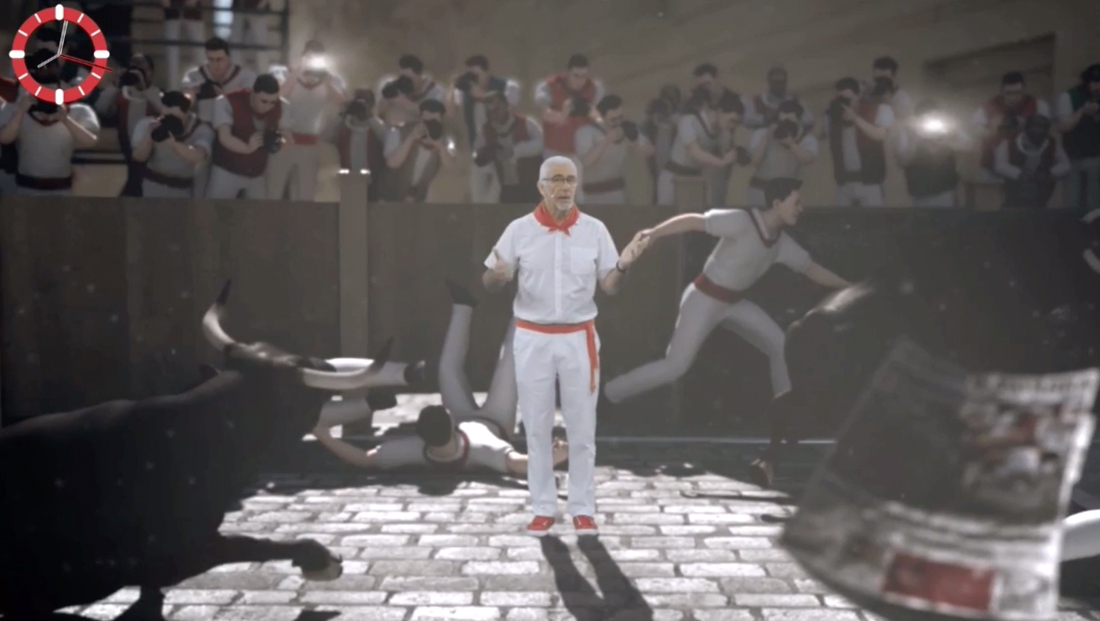 State owned RTVE created a pre-produced augmented reality segment that placed the present in the middle of a virtual “Running of the Bulls.”

Known locally as San Fermines or the San Fermin Festival, the annual event takes place in Pamplona, Spain — and is notorious for causing injury to participants.

Since placing an anchor in the midst of the action is both impractical and unsafe, the network used augmented reality technology to immerse its presenter into a virtual recreation of the event.

The segment featured the presenter being transported from a virtual studio environment on to the streets of Pamplona, complete with a stone street forming below him.

The segment then includes both animated models and “Matrix”-style freeze frames of the action as the presenter calmly explains the chaotic event using the 3D models that “surround” him.

A clock icon in the upper left of the screen is also used to demonstrate how the actual timeline of the event.