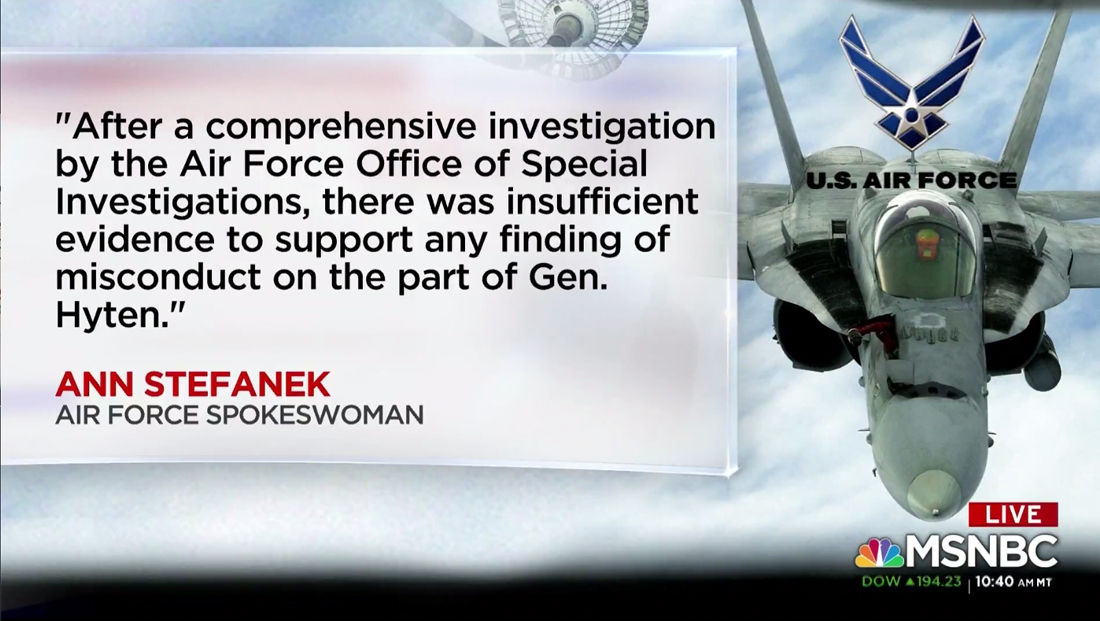 The image, which accompanied a pull quote from an air force spokesperson, shows a Northrop YF-17.

This aircraft was originally designed for use by the Air Force, but ultimately the F-16 Fighting Falcon as selected.

Although MSNBC never directly identified the aircraft as being shown as an air force craft, the network did overlay a version of the branch’s logo over the plane photo.