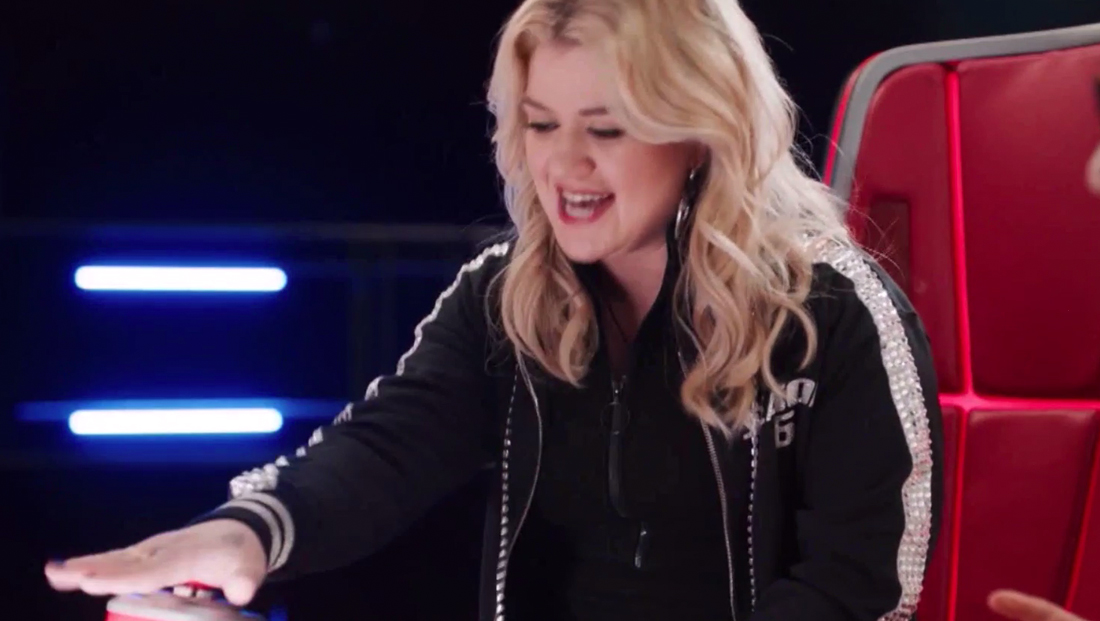 Kelly Clarkson loves all of the ideas someone brings her in a promo for her upcoming talk show that uses elements from “The Voice.”

Clarkson, who has appeared on “The Voice” as a judge for the past three seasons, inked a large deal with NBCUniversal that included launching her own talk show, “The Kelly Clarkson Show.”

The syndicated show, produced by NBCUniversal Television Distribution, is set for a fall 2019 debut.

In the promo, Clarkson appears to be taking a break from her “Voice” duties and is seated in one of the show’s trademark rotating chairs.

At this point, a crew member approaches her asking if they can chat about her talker — pitching the idea of celebrity interviews and human interest profiles.

Clarkson, who loves the idea, hits the button on her chair — which, under normal circumstances, would trigger the chair to rotate indicating the judge’s interest in a contestant.

However, the chair doesn’t turn around — and Clarkson keeps hitting the button enthusiastically as other ideas, including an opening musical number, are suggested.

Clarkson gained fame as a winner of Fox’s “American Idol” but was courted by NBC, eventually signing a multifaceted contract with the company for, among other things, the show, specials and “The Voice.”

“The Kelly Clarkson Show” is replacing the canceled “Steve” in many markets, including NBC O&Os.

Many view the show, if a success, as a possible successor to “The Ellen DeGeneres Show,” though DeGeneres signed on for three more seasons of her daytime talk show, taking it to 2022, in May.