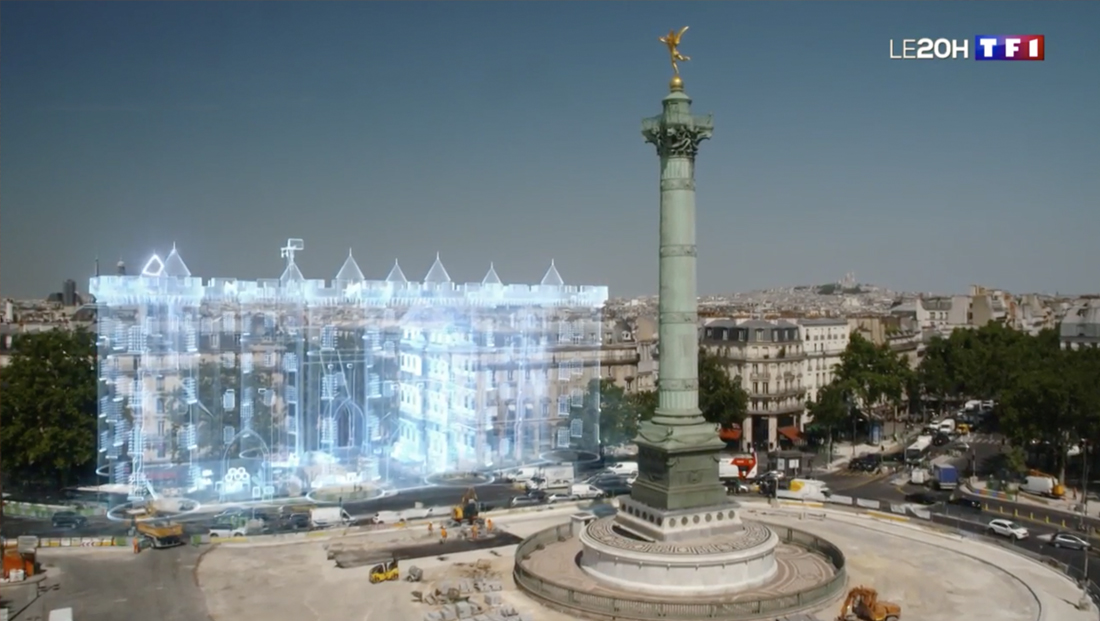 France’s TF1 took a virtual ride to the past to help explain the history behind the Bastille and the country’s National Celebration day.

The Bastille, built in 1300s, was a prison and fortress in Paris that was stormed July 14, 1789, marking a key turning point in the French Revolution.

In the TF1 segment, hosted by Yani Khezzar and designed  by SolidAnim, the present day square Place de la Bastille is shown with a wireframe and later 3D recreation of the Bastille inserted over current landmarks.

Khezzar then ventures “inside” of the Bastille, illustrating the conditions those jailed faced.

July 14 is commonly referred to as “Bastille Day” in America, but is known in France as “la Fête nationale” (“The National Celebration”) or “le 14 juillet” (“The 14th of July”).