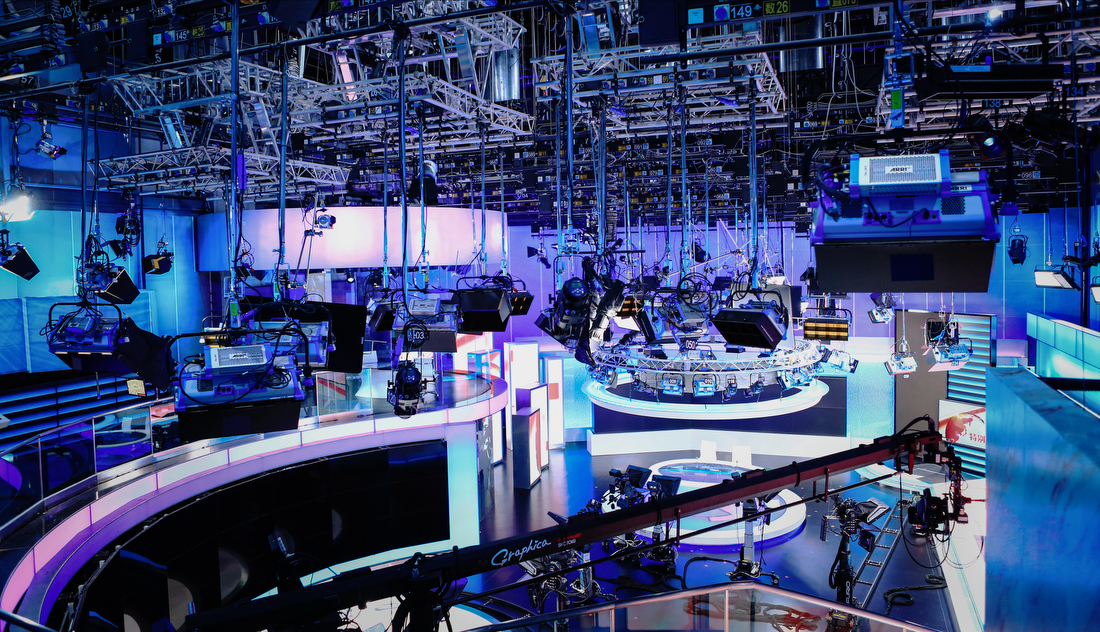 Beijing Media Group (北京广播电视) includes ten primary channels and produces content ranging from arts to sports, from finance to lifestyle, and from news to children’s programming. In early 2019, the group unveiled a new convergence media studio from Broadcast Design International.

In the 600 square meter media studio, technical innovation is everywhere from the advanced international crew to the top-notch equipment. The biggest difference is its emphasis on the concept of media convergence.

There are two floors in the studio and a total of nine studio areas all outfitted for news production in the form of conversation, storytelling, information sharing, multimedia interaction, and mobile projection. Almost every approach to presenting news on TV is available to the employees at BTV (北京卫视).

The studio was constructed with nearly 100 screens as backdrops which can display various information. The dolly, cranes, and robot camera system make the TV images more active.

However, the lighting system is the most extraordinary aspect of the studio solution. BTV is equipped with more than 100 sets of ARRI LED lighting, including L-Series Fresnel lights—which are popular in the broadcasting arena—and the powerful SkyPanel soft lights. 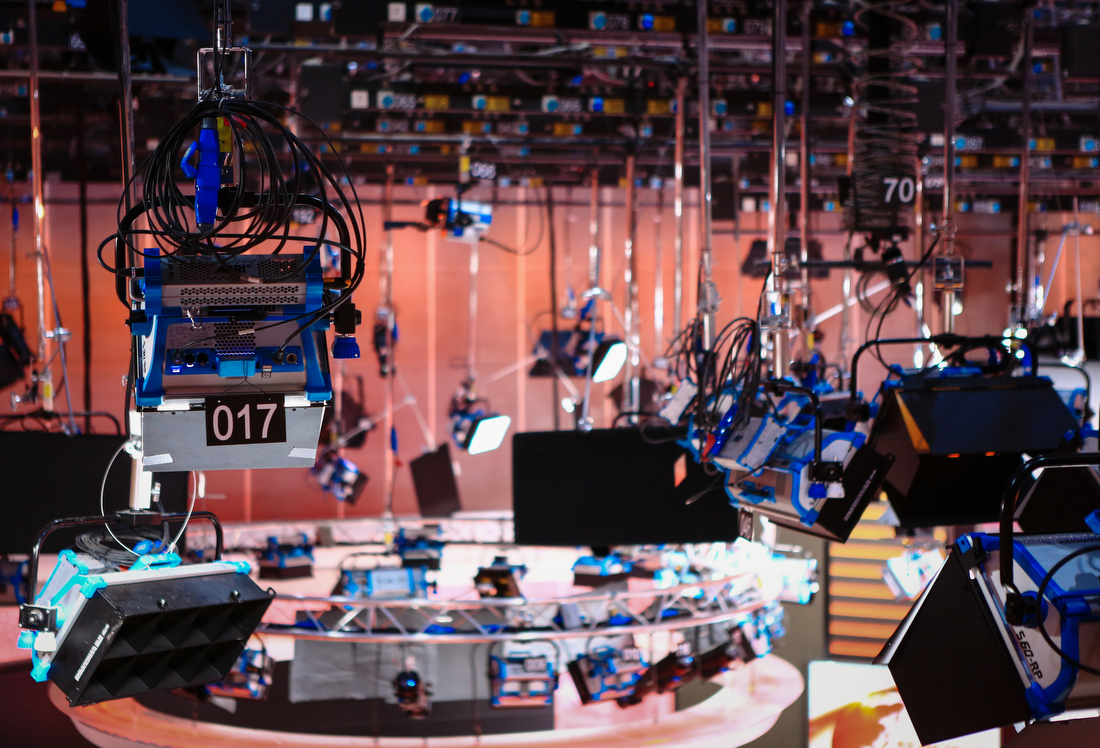 “To secure the reliability of news transmission, we believe that stability is the first priority. The stability is the king of everything because we can’t allow any accidents to occur on a live show. BTV has used ARRI LED lighting for many years, from the L7-TT in the news studio to other models, all the lampheads support color temperature adjustment and hue setting. We even have some high-power M-Series daylight lampheads. Based on my many years of experience working with ARRI’s products, I can say that I have full confidence in their stability and outstanding functions,” said Wang Jiang, head of lighting at BTV. 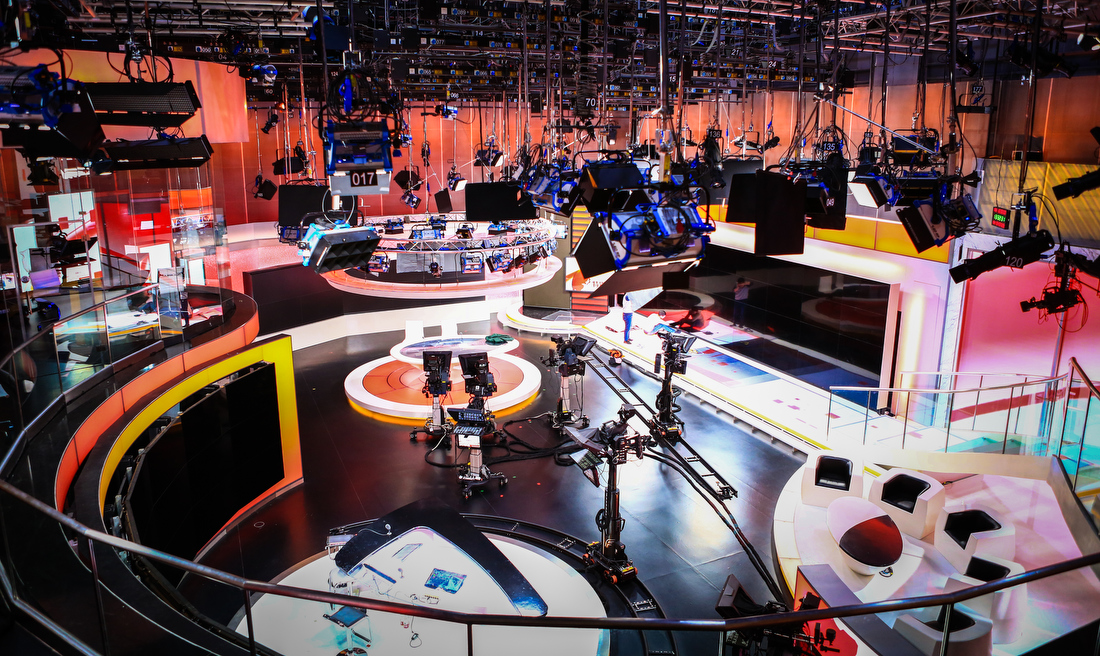 For this project, Nicholas Hutak was hired to provide lighting design and to help design the lighting system. His expertise was instrumental starting from the first concept discussions. In helping to choose the best fixtures, he aided with field testing, with comparing with various models, and with adjusting their final position. For example, when choosing models, Hutak arranged to have different models from different brands on set for testing and comparison.

Considering that the studio has a large area and a presenter’s space that expands two floors, the ARRI fixtures were able to provide a strong light source with a power consumption of only 400W. 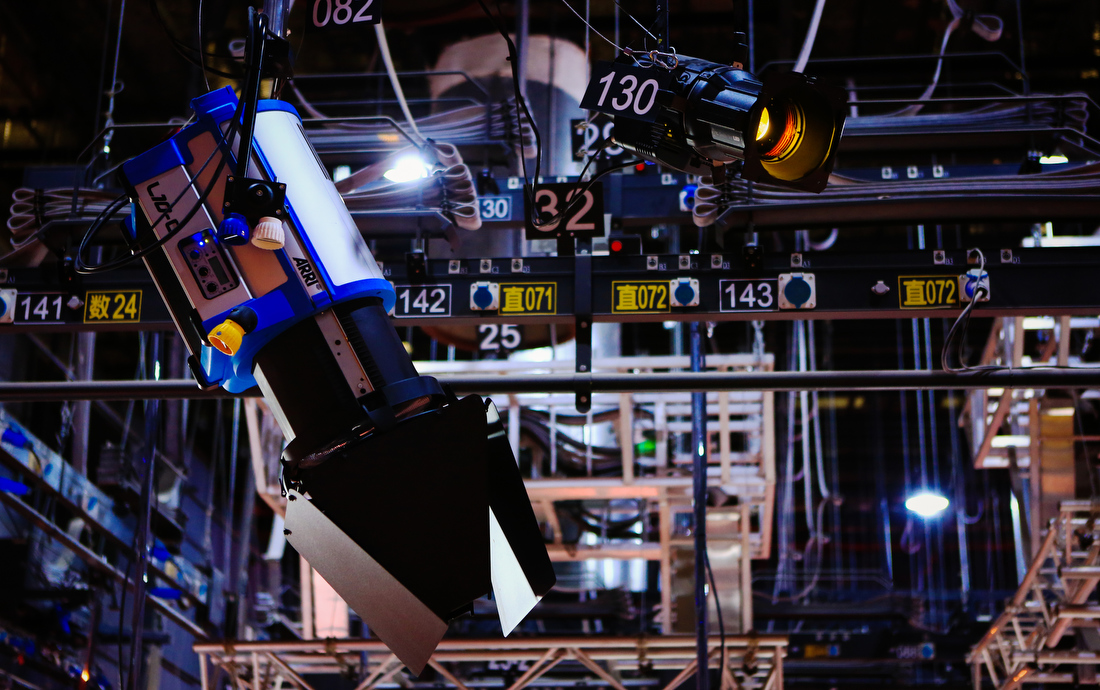 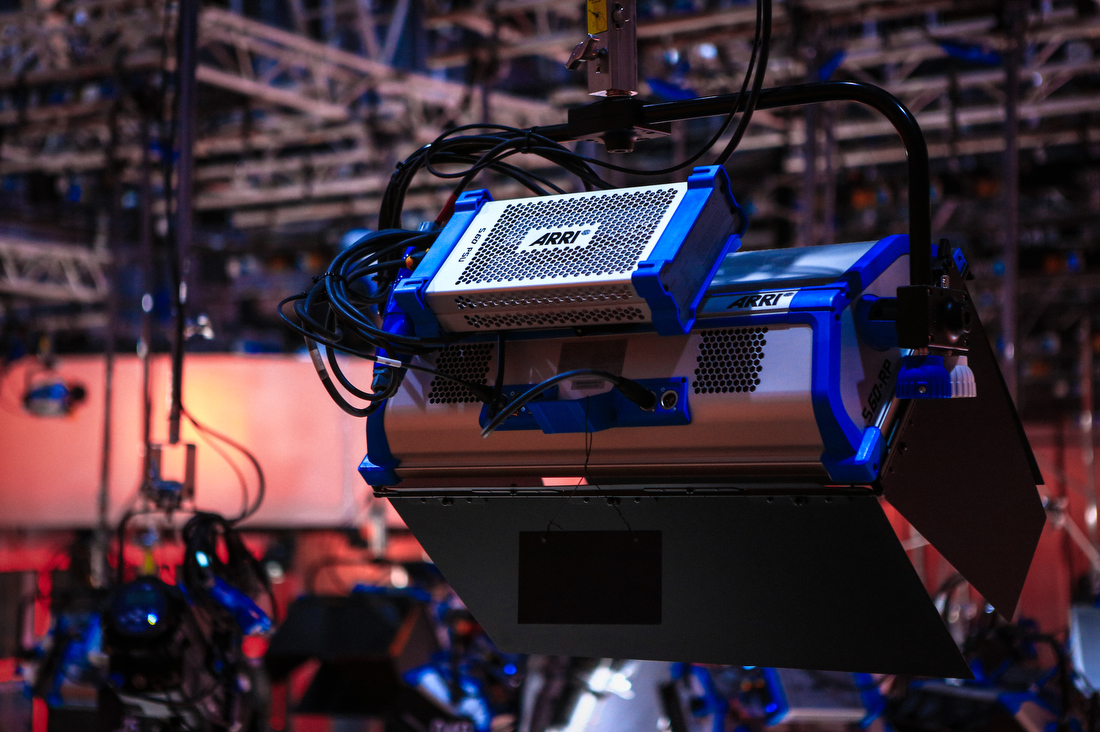 “We are quite satisfied with the lighting intensity. And the lighting quality is just fantastic with TLCI (Television Lighting consistency Index) higher than 92. The S60-RP using remote phosphor technology even reaches 98,” mentioned Hutak.

“The ARRI lighting fixtures we use in the new studio have surprised us a lot,” mentioned Sun Ke, a member of the BTV lighting section. “ARRI provides more accessories than any other brand and the lighting efficiency is also much higher than other brands. Except for the big screens, ARRI lighting highlights all the focal points in our design. We fully utilize the color functionality of the ARRI L-Series. It strongly supports our camera systems by allowing for greater picture sensitivity. We also use ARRI L5-C for some of the background lighting and coloring. They are also very convenient for color correction.” 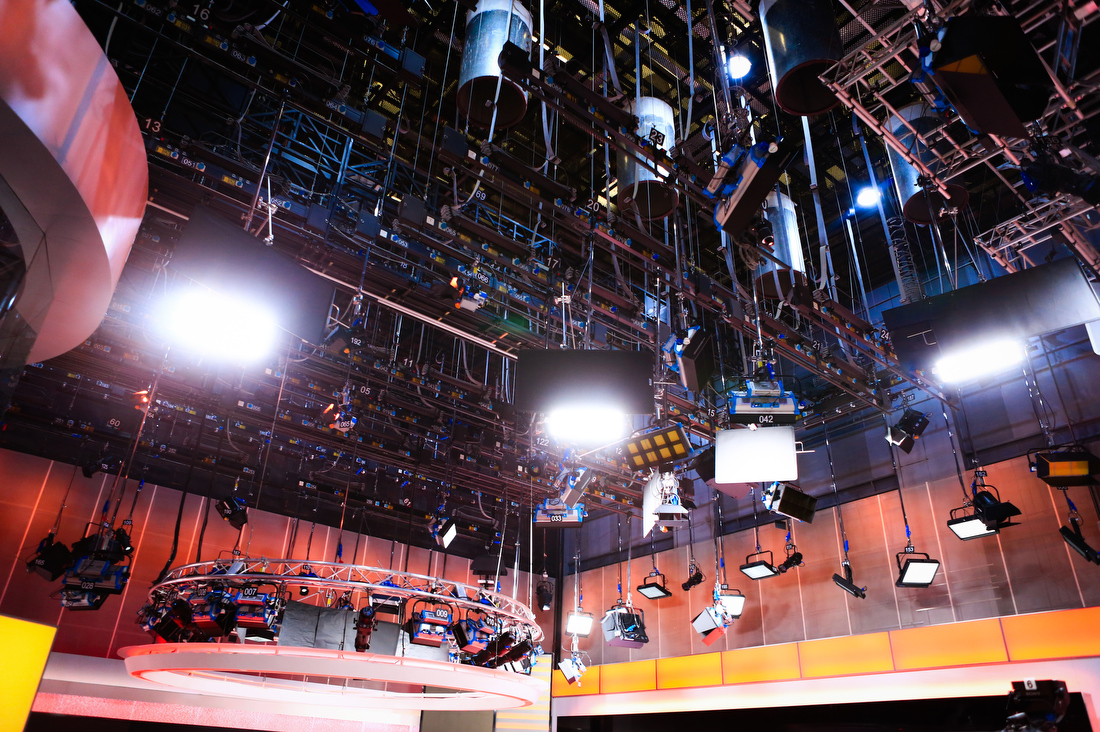 BTV’s mission with their newest center is to: focus on news, keep up with the latest innovation, work on media convergence, and all this while building an intelligent TV station. The construction of this new media convergence studio took three years of hard work. ARRI, as an important partner behind this project, continues to set global standards for lighting products and is committed to developing the most advanced products, the best service, and the latest technology for the Chinese television consumer.

ARRI contributed this project case study to NewscastStudio for publication. If you have a project or product that might make a good case study, contact us.