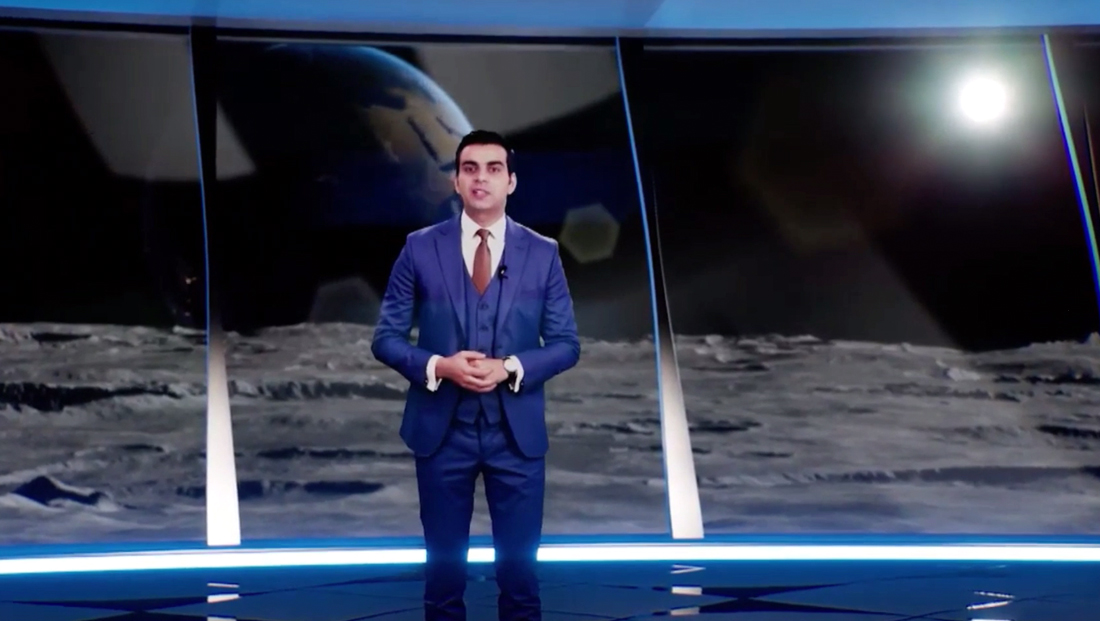 An Al Arabiya host took a “spacewalk “outside the studio and onto the surface of the moon.

The augmented reality segment started with a presenter in-studio walking toward one of its large video walls, which quickly became a fullscreen view of what it would look like zipping from Earth to the moon.

Once “arriving” at the moon, the scene shifted inside of a “studio” that, thanks to virtual set technology, appeared to be built on the moon.

The presenter was able to make the floor disappear to showcase the moon surface — as well as zip around the surface to showcase various exploratory modules and equipment.

The segment, which was powered by Unreal Engine, wrapped with the presenter back on Earth on one of the Hawaiian islands after a trip through the innards of a volcano.