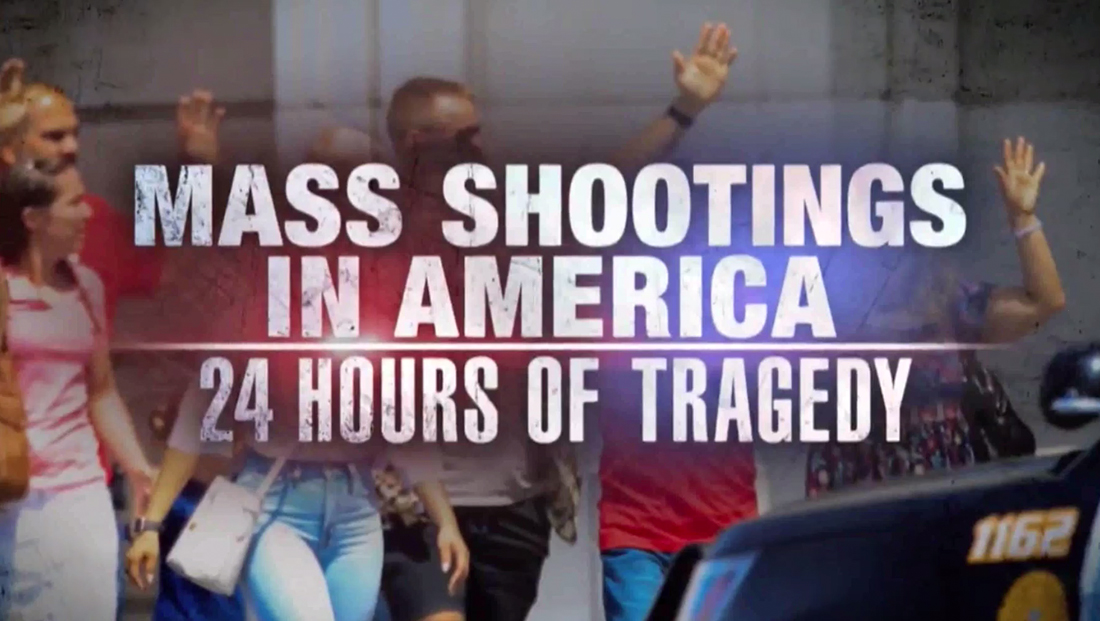 All of the “big three” networks brought in their weekday anchors for special editions of their newscasts Sunday night to cover the shootings in El Paso, Texas, and Dayton, Ohio.

NBC send “Nightly News” anchor Lester Holt to El Paso, but also had on the ground coverage in Ohio. The broadcast dedicated its entire “headlines” tease open to the shootings and also used a special title card reading “Mass shootings in America: 24 hours of terror.”

“ABC World News Tonight” anchor David Muir was also in Texas and the network also had coverage from Ohio. It too dedicated its entire tease segment to the stories.

Norah O’Donnell, the new anchor of “CBS Evening News,” anchored from New York Sunday night, but was on the ground in El Paso by Monday morning’s “CBS This Morning.” For its coverage, the network used a bold “Terror in America” logotype and replaced its cityscape background with a specially designed look that included a “CBS Evening News Special Edition” running across the top of the video wall behind O’Donnell’s chair.