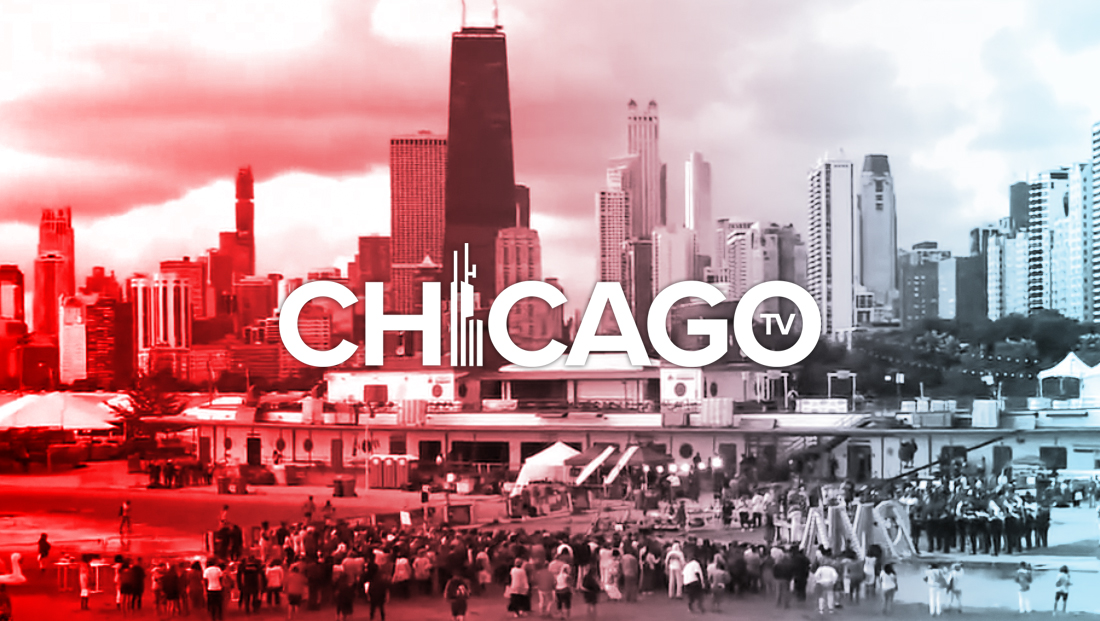 The ABC News morning show broadcast live from the North Avenue Beach near the giant steamboat-shaped structure that houses restrooms, parking and a bar and grill, Thursday, Aug. 15, 2019. 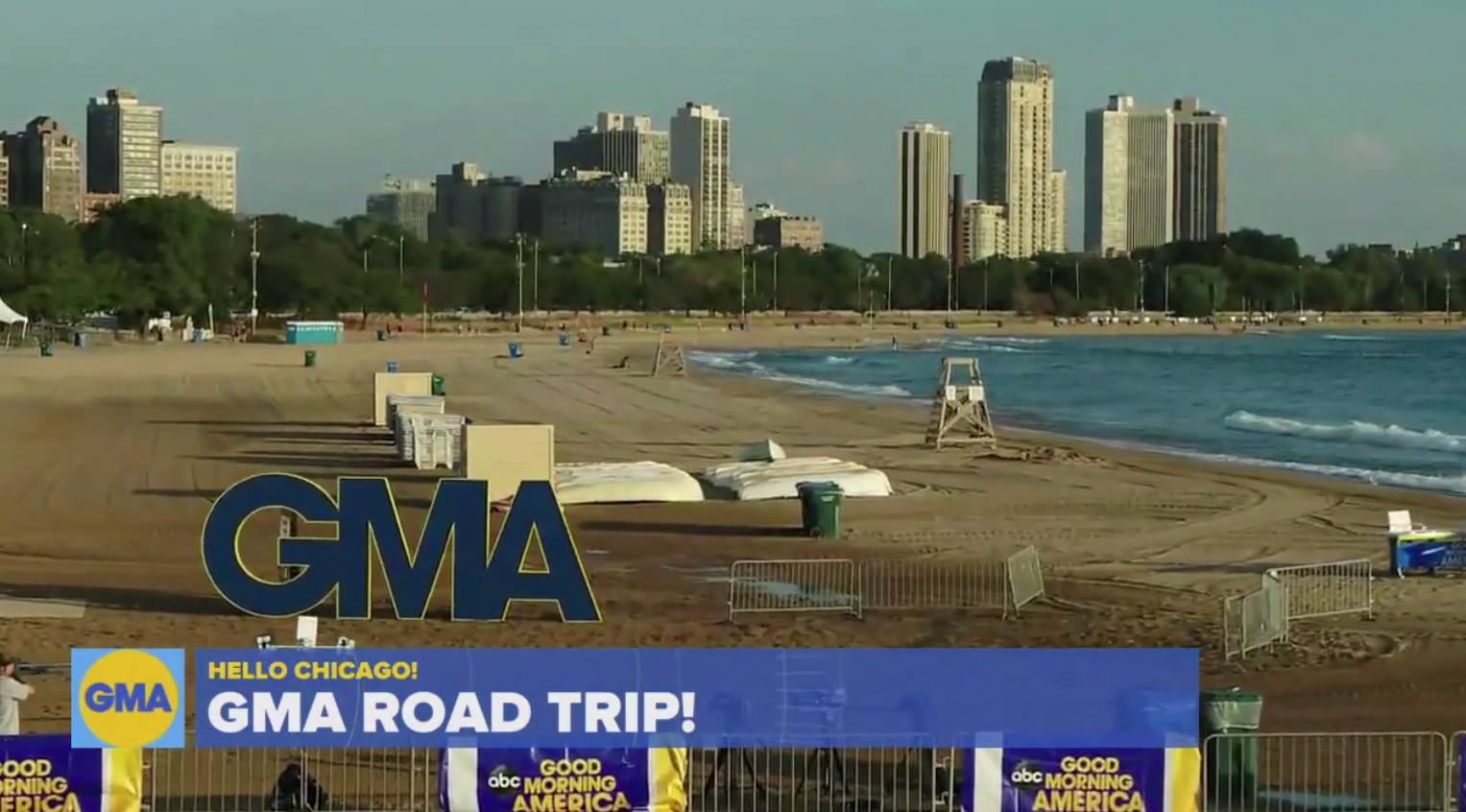 The show brought along the giant ‘GMA’ letters and propped them up on the beach (no, that’s not augmented reality). Also accompanying the team was a custom wrapped RV. 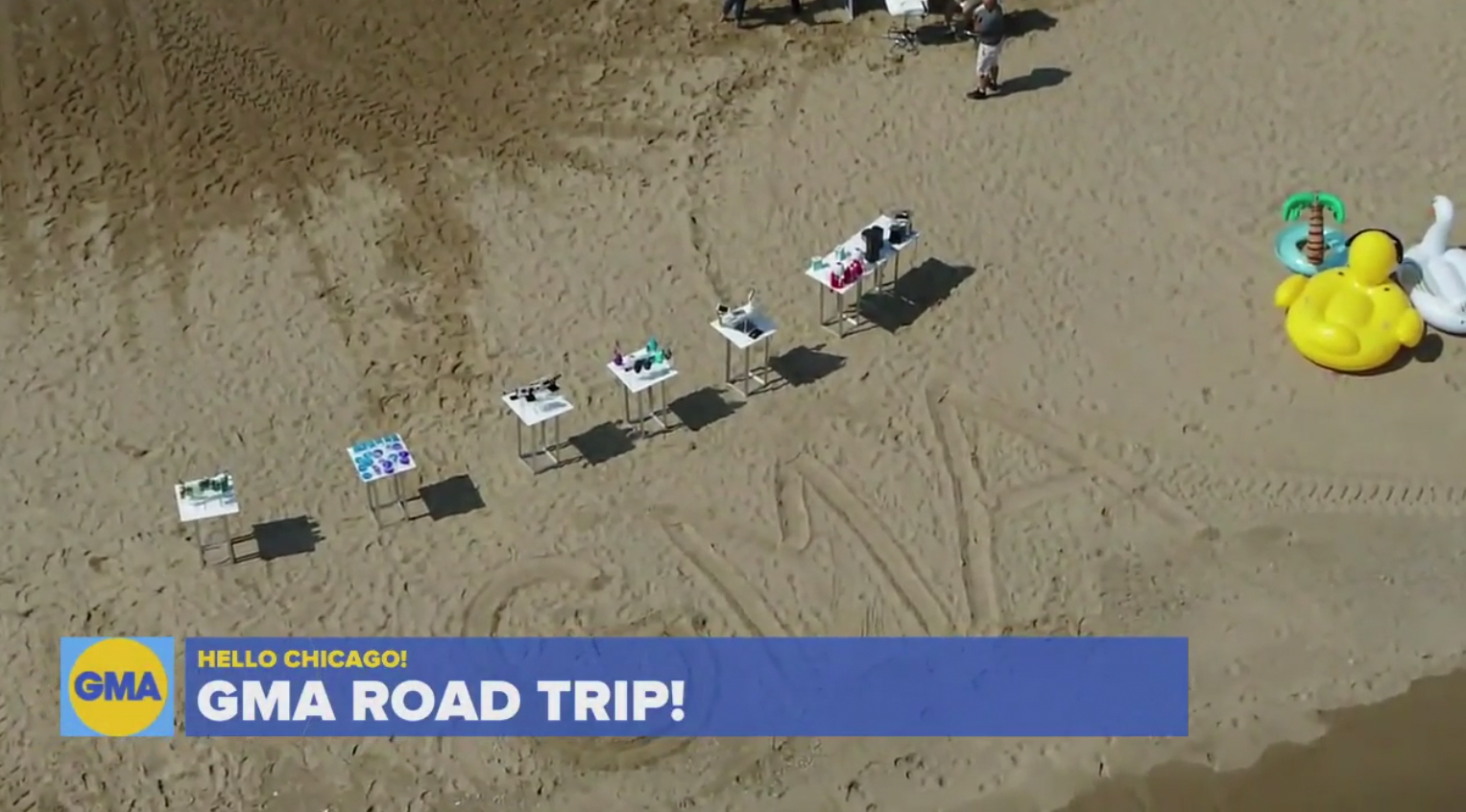 The show also brought out oversized beach toys and a series of tables for a ‘Steals & Deals’ segment — as well as tracing the letters ‘GMA’ in the sand. 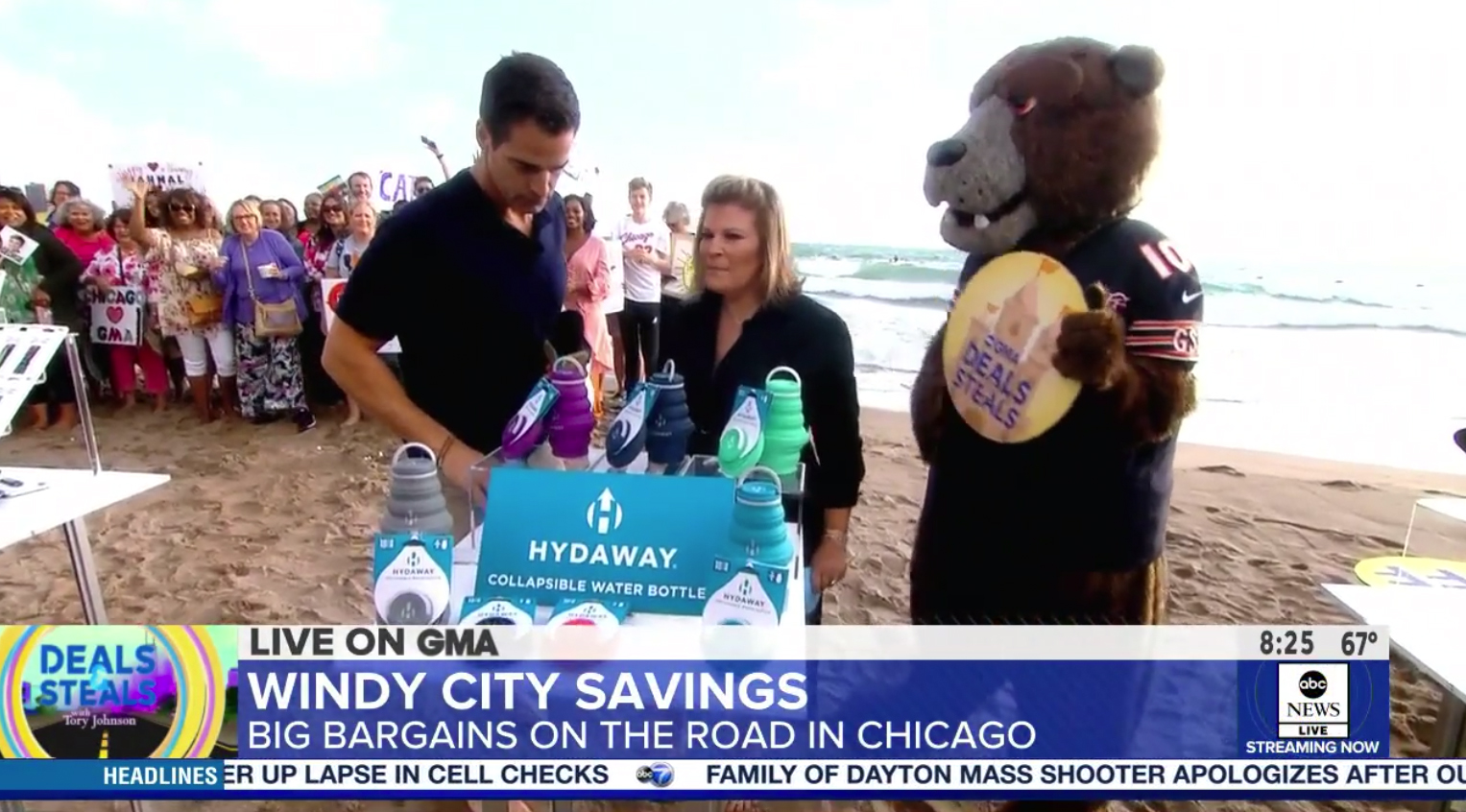 During the ‘Deals & Steals’ segment, meteorologist Rob Marciano discovered that at least some of the goods had been glued down — perhaps to prevent them from blowing away from the sandy live location along the shores of Lake Michigan.

Local ABC O&O WLS promoted the visit heavily during its morning newscasts that immediately precede the local airing of “GMA.”