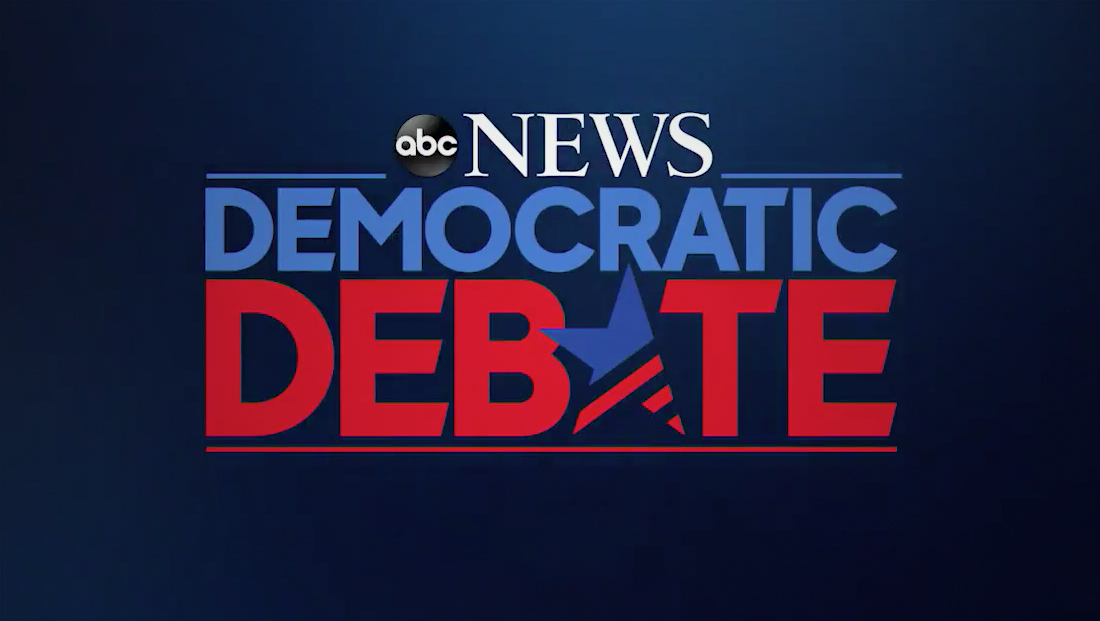 ABC News has begun promoting the third democratic debate with a dark but elegant spot that combines photography and typography.

It starts by “counting down” from the 20 original participants to the 10 that qualified for this debate and included oversized photography colored blue for each one — along with his or her name in clean, widely spaced letters.

Red is used as an accent color throughout the promo, but makes a bold appearance over a photo of Donald Trump.

The spot ends with a variation of the ABC News “Your Voice Your Vote” logo — with the partial star icon sitting in for the “A” in “Debate.”

ABC has partnered with Univision, which will carry the debates with a near real time Spanish translation, for this debate, slated for Sept. 12, 2019 at 8 p.m. easter and airing live across most time zones.