NBC’s ‘Climate In Crisis’ series kicks off with a jolt 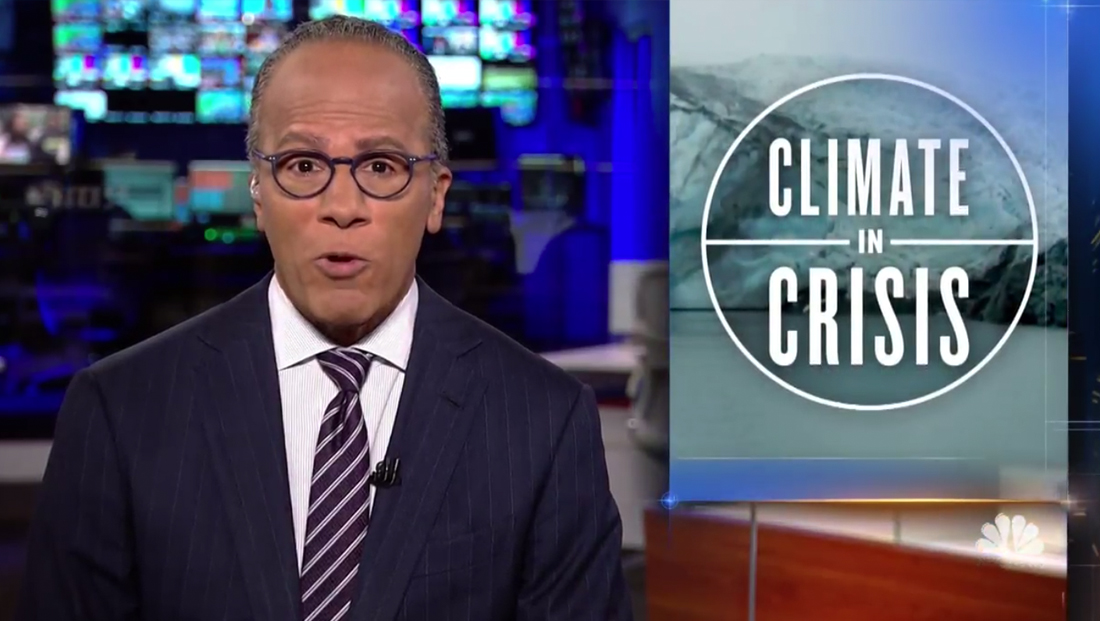 As part of its weeklong “Climate in Crisis” series

The series, which is one of the first efforts by the network’s new unit dedicated to reporting on climate and weather related issues, will feature reporting from Al Roker on “Today” from Greenland.

On “NBC Nightly News” Monday, Sept. 16, 2019, a Lester Holt package documenting a trip to Alaska over the weekend was featured.

For “Nightly,” the network’s “Climate In Crisis” logo, which is set inside of a circle bisected by an “equator,” was used in an OTS, with a circle-less but similar look used as a flag on the lower third insert graphics that aired during the segmetn. 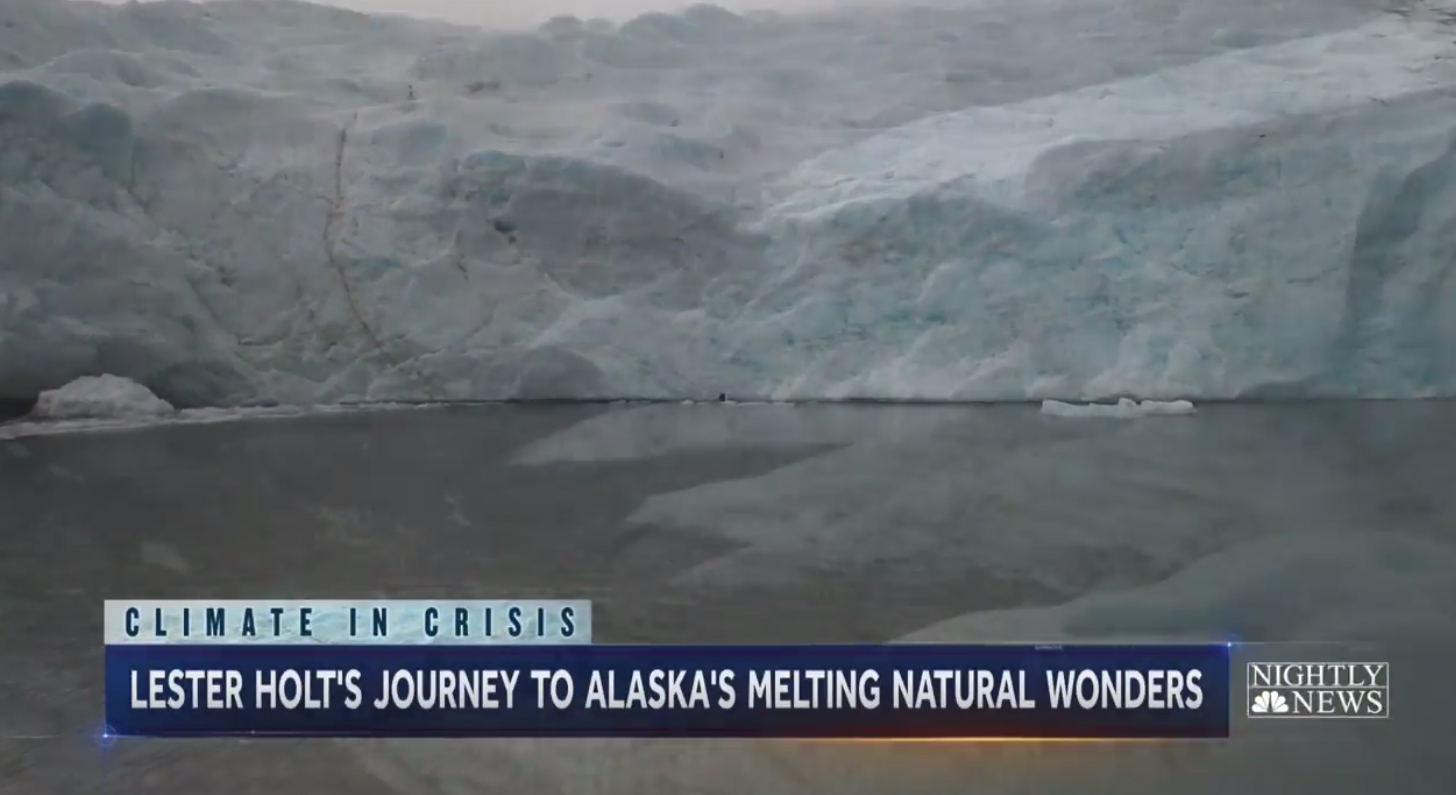 The broadcast also used a circle themed stinger that faded from a more literal interpretation of a globe to a series of “shock waves” that, as a new one “exploded” from the center, sent a single, quick and sharp “jolt” through the on screen imagery.