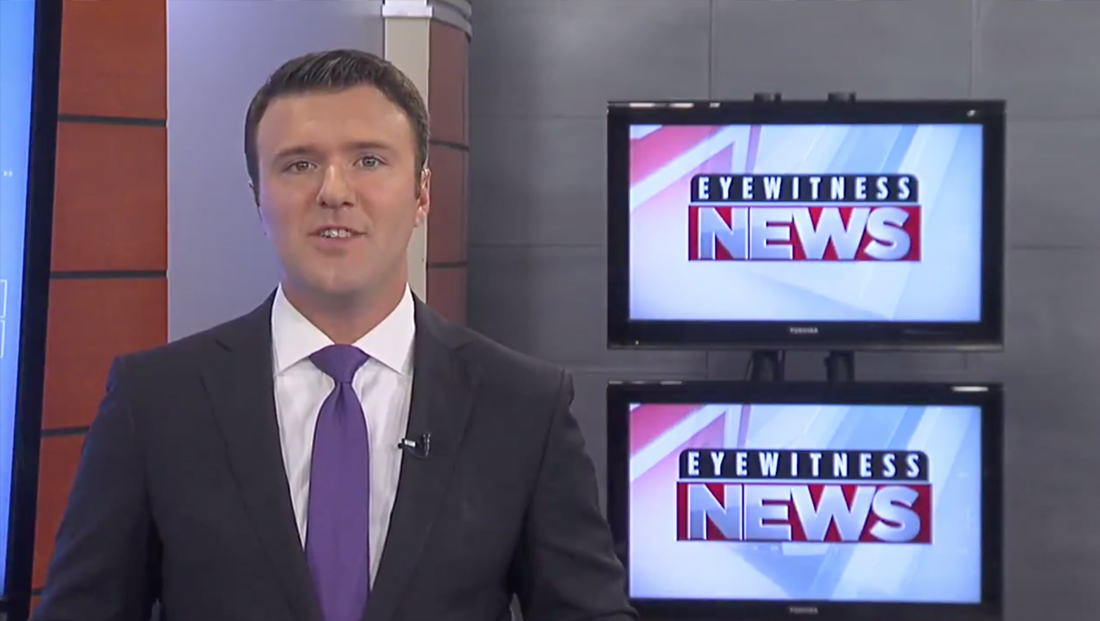 WBRE, the NBC in Scranton/Wilkes-Barre, Pennsylvania has shifted newscast production to another temporary set.

Last week, the station moved to a rather gloomy setup in the station’s newsroom.

EYEWITNESS NEWS WEBCAST:
Police are investigating a violent armed robbery at a motel this morning. Plus, Pennsylvanians who are not able to vote in person in the November election can now apply online for absentee ballots. pic.twitter.com/pmZDVSVEno

Now, it has moved onto a set that appears to be made up, at least in part, of old pieces from the days when WYOU, its sister station, produced an interactive newscast.

Several of the WBRE-produced newscasts, which are branded under the “Eyewitness News” banner with no reference to station names or channel numbers, are simulcast on WYOU — and WBRE also produces some exclusive newscasts for WYOU.

You may get a #shower this evening but it's a small chance @JoshHodell says #Tuesday looks great! pic.twitter.com/jJVL9mjM5K

The new temporary setup uses a wood wall with reveal lines, a large monitor and some smaller, additional monitors.

Station officials did not respond to NewscastStudio’s requests for comment, but the station did post a photo to Facebook last week that seemed to confirm changes are coming to the newscasts.