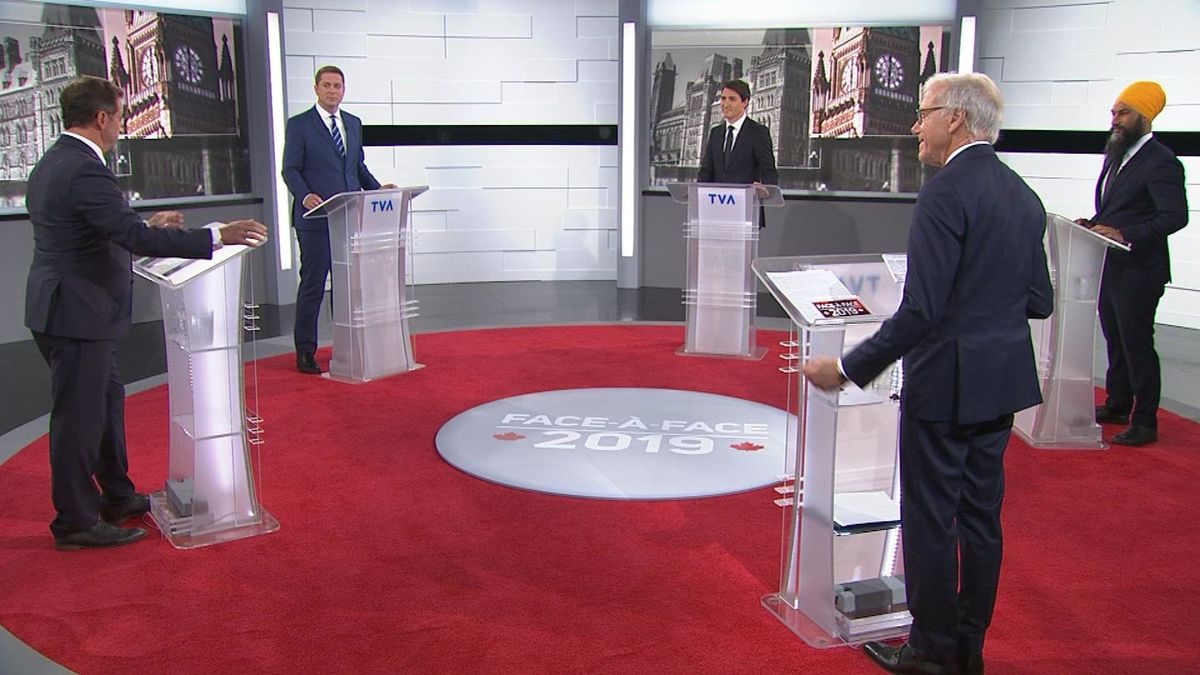 Canadia is in the middle of a federal election after Prime Minister Justin Trudeau dissolved the Parliament on September 11, 2019.

Unlike United States elections which seem to increase in length with each cycle, the Canadian federal elections are snap elections with a short campaign window, this time only 40 days until votes are cast in late October.

In this period two official debates will occur, organized by the Leaders’ Debates Commission, where the six party candidates will participate. Prior to these “official” debates, two preliminary debates have also occurred with a mix of candidates, including one on October 2, 2019, hosted by French-language network TVA.

For the debate, TVA went in-the-round using a design that placed each leader in front of an image of Parliament Hill in Ottawa framed by back-lit elements. 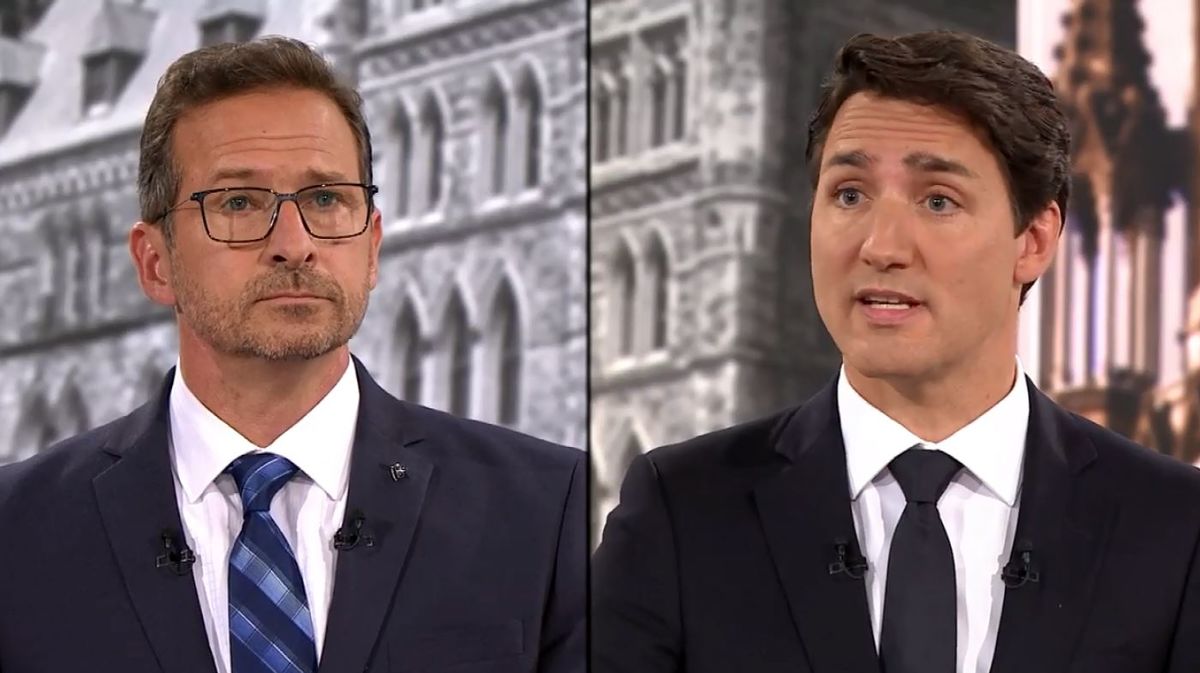 A textured panel wall separated each of the speaker backgrounds with a small gap for cameras, which were largely hidden by design.