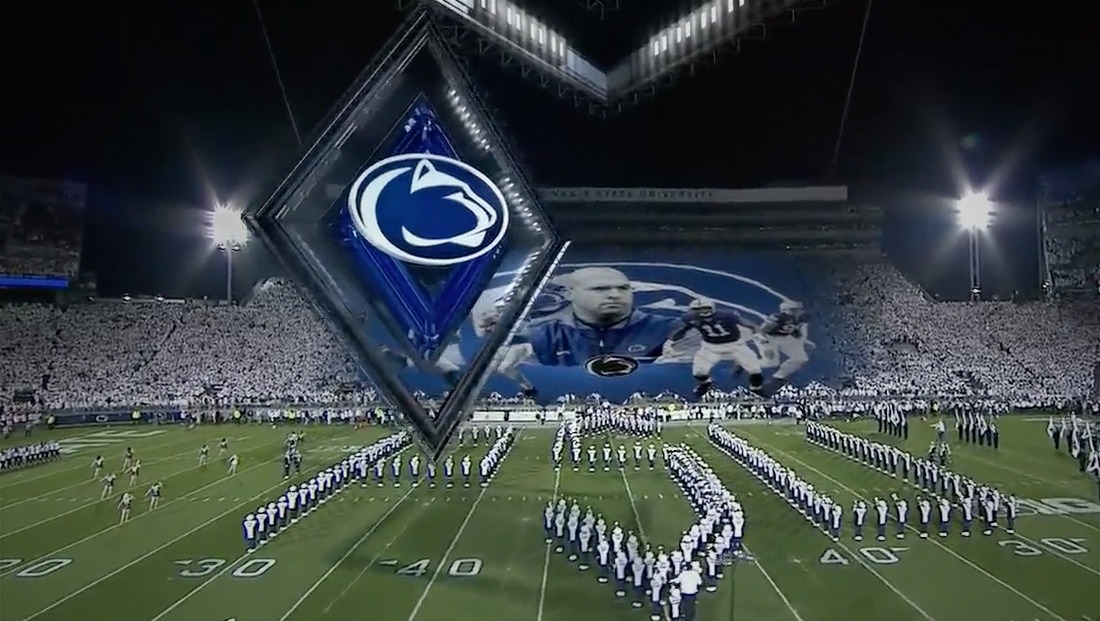 ESPN and ABC are experimenting with some new augmented reality elements this college football season.

One of this elements takes advantage of the camera suspended on cables above the field, powered by SportsMedia Technology Corp. camera tracking with a Skycam to incorporate AR elements in sweeping views of the stadium.

In the example featured here, taken from “Saturday Night Football” game of the week on ABC, the network inserts oversized diamonds with team logos while also inserting player imagery over the stands that are revealed using diamond “unfolding” effect. 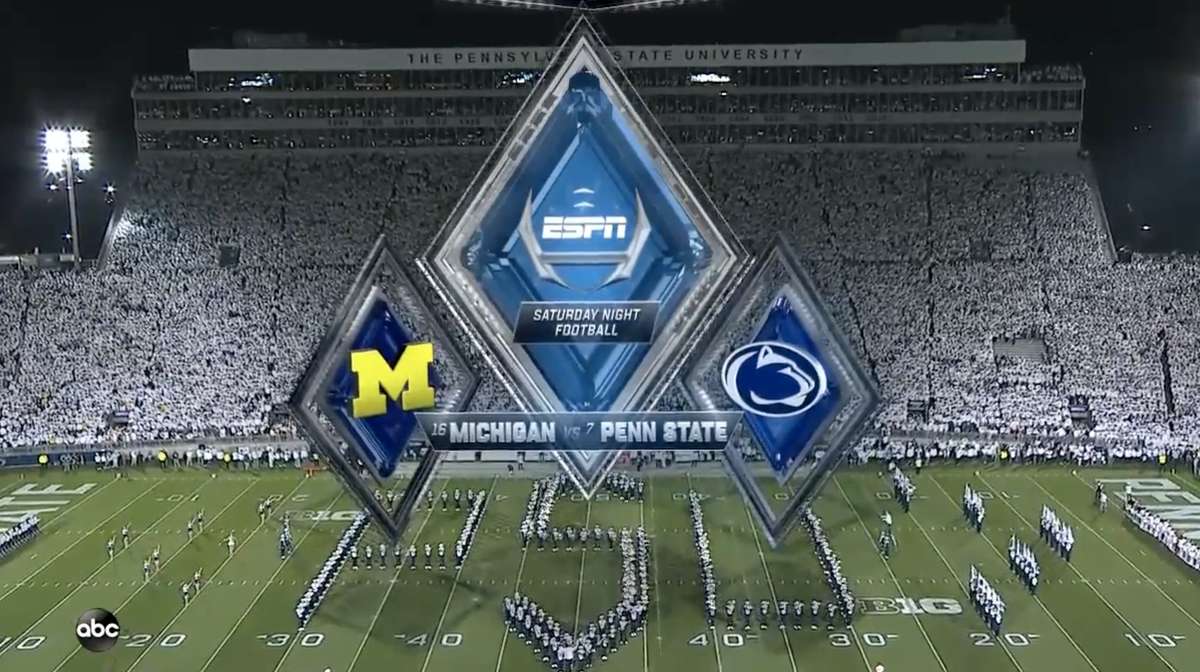 The diamond motif is continued with a trio of shapes showing the ESPN logo as well as the two teams sparring in that night’s contest.

Similarly, swaths of color with diamond reveals are inserted on top of the field — though notably does not appear “under” the marching band on the field, though the effect is mostly preserved thanks to semitransparent gradient edges.

The effects and augmented reality are handled by Vizrt’s Viz Engine, while Girraphic worked with ESPN and ABC on the design.