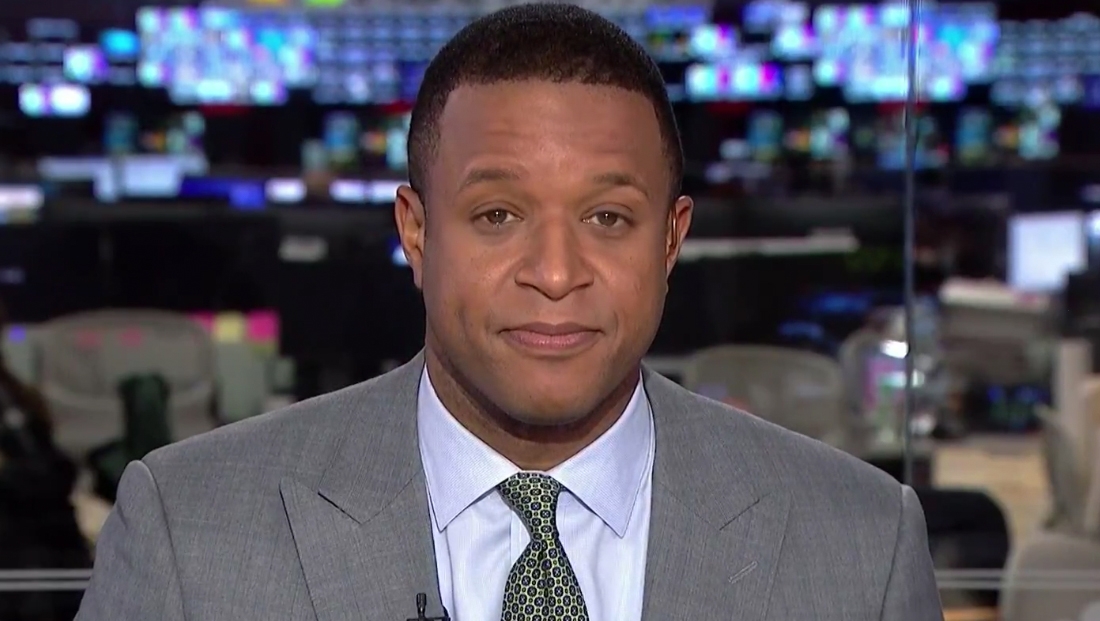 Craig Melvin was wrapping up his hour of “MSNBC Live” from New York when he tossed to “Andrew Mitchell Reports” in Washington, D.C. — just like he does every day — but as he signed off, a strange echoing effect took over the audio.

Melvin was left blinking for several seconds on camera as him saying “Andrea” echoed over and over again in the background.

Andrea Mitchell’s open then abruptly cut in, with the same echoing happening on the last few notes of the music as a “Presidents are not kings” banner appeared on screen.

It’s not clear if the comment was due to an open mic or if Melvin was attempting to “cover” while the network worked things out behind the scenes.

The control room then wiped to a clip from “The Last Word,” but the echo effect continue on the word “refused” before the audio died completely.

At almost noon exactly the network abruptly went to a long commercial break.

Coming out of the break, Mitchell appeared on camera and apologized for the “technical difficulties.”

The top of Melvin’s hour had a more subtle mishap.

When Chris Jansing, who was in for Hallie Jackson, tossed to Melvin standing at the video wall in Studio 4E, a wide shot of the two showed the “Early Today” logo on one of the wall mounted monitors in the newsroom behind the studio’s glass wall. 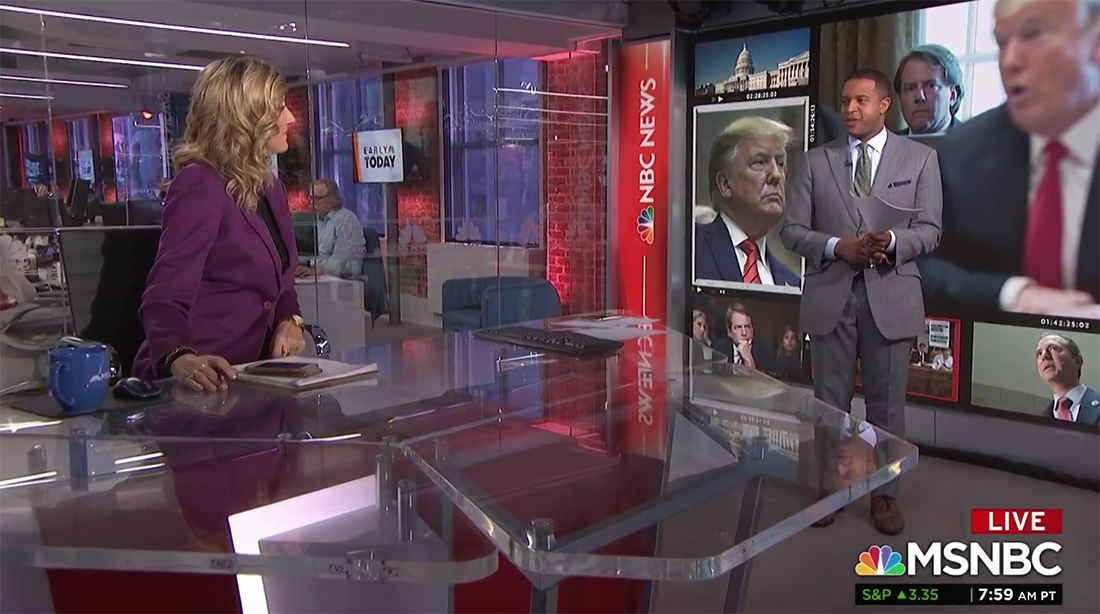