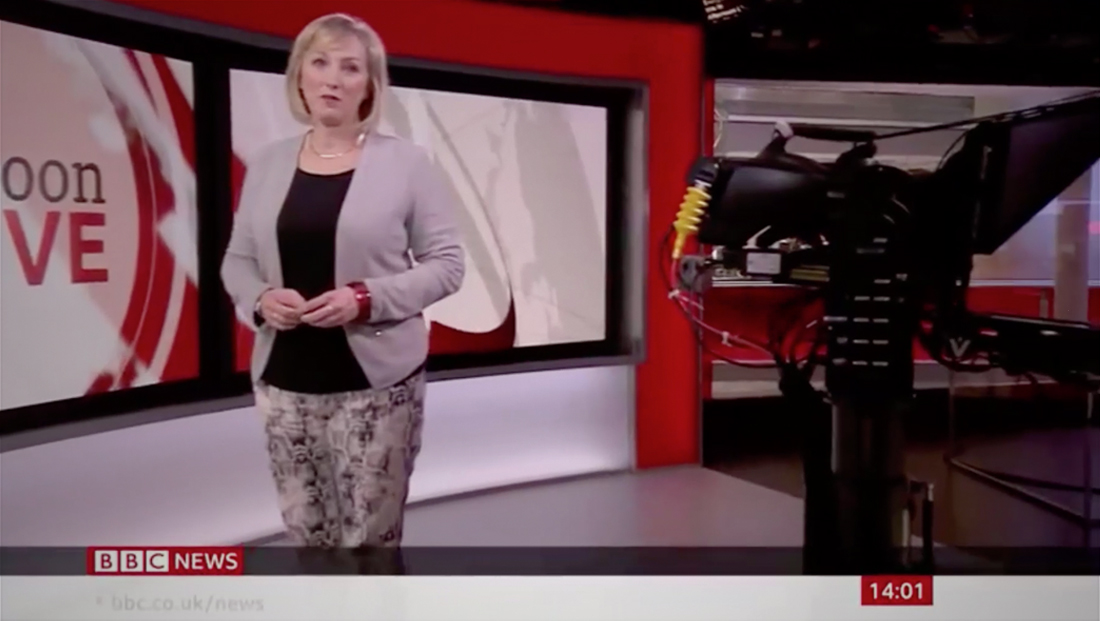 BBC News’ Studio E, which overlooks is sprawling London newsroom in Broadcasting House, is equipped with a fleet of robotic studio cameras that, instead of using freestanding peds, are mounted on a series of circular tracks around the main anchor desk.

The setup allows for dynamic camera moves and a variety of interaction shots between the anchor desk and three video panels installed on one side of the studio — all without camera operators.

When the camera system was first installed when BBC moved back into the renovated building, the network experienced a slew of technical problems with them and the control room automation setup they’re linked to.

Robotic cameras would often “go rogue” and end up pointing at the wrong part of the set or the control room system would pull up a shot of an empty part of the set.

It was often a sort of “cat and mouse” game that BBC presenters started to grow tired of, though they continued to roll with the punches.

After the initial rollout, the system seemed to settle in and, although it still has the inevitable mishaps of live TV, this latest slipup seems to be a jolt back to the “good old days” when the system was still a bit wonky.

At first, the broadcast appears to be off to a good start — with a moving camera shot zooming in on presenter Martine Croxall standing next to a large “Afternoon Live” logo.

However, the camera keeps moving, eventually showing two of the other studio cameras that but cutting off the Croxall.

“I’ve lost you. I shall make my way back to the desk, I think,” says the presenter. “That’s the safest thing to do” she adds as the broadcast cut to a back to wide shot of the studio where Croxall could be seen walking over to the anchor desk.

She sits down and the broadcast cuts to the correct one shot.