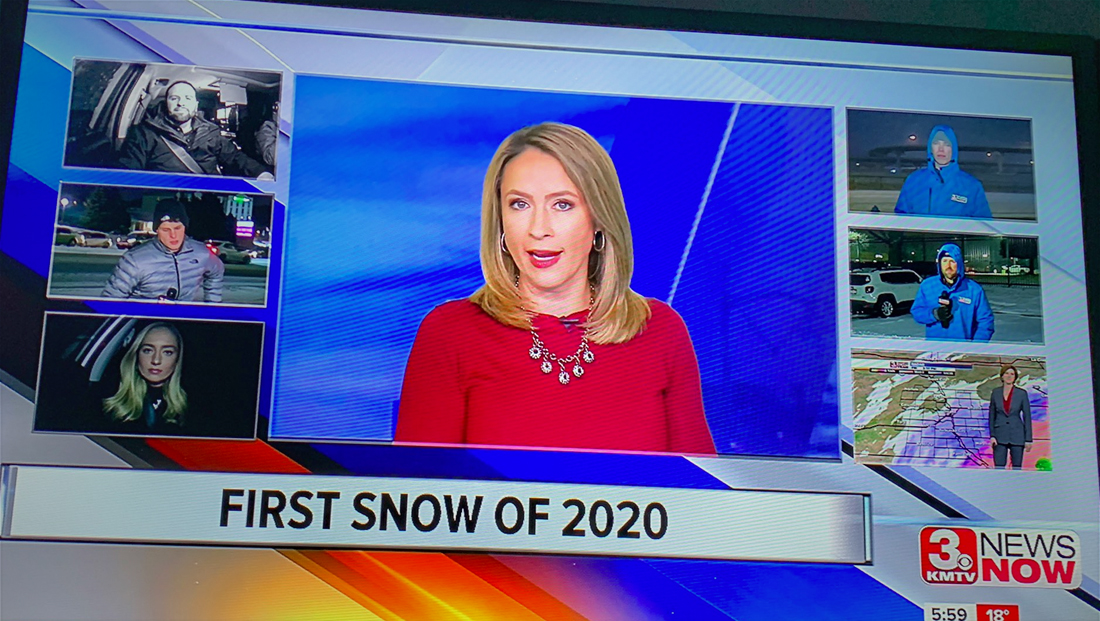 Touting the “First snow of 2020” (which isn’t all that impressive consider it was only 10 days into the year), KMTV in Omaha created a “seven box” showcasing its team coverage.

The layout included an anchor one shot in the middle with six boxes on either side showing five remote reports and a forecaster standing by at the chroma key wall as well.

When you need critical coverage during winter weather @3NewsNowOmaha has you covered! pic.twitter.com/dNtC9uxQZB