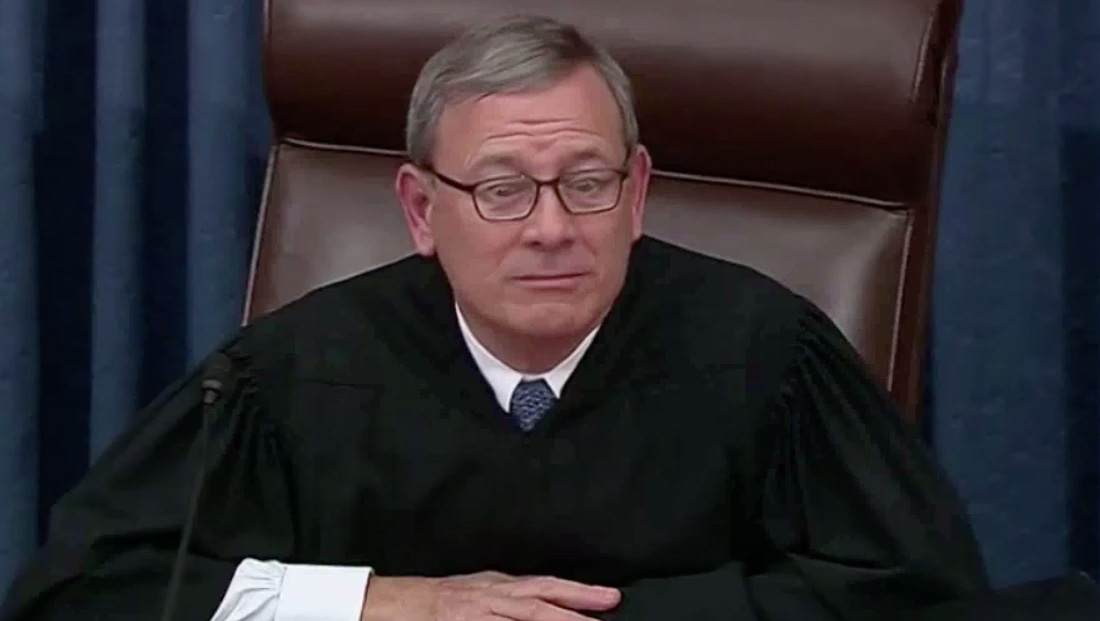 Here at NewscastStudio, we so often cover new opens that start a newscast — but early in the morning of Jan. 22, there was the end of something that’s worth noting.

On MSNBC, the brief call on a measure to adjourn that was gaveled by a relieved looking Chief Justice John Roberts was carried live.

It’s worth noting that anchor Ali Velshi then mistakingly said that the trial would resume at 1 p.m. eastern “tomorrow evening.”

Since it was past midnight on the east coast at the time, Velshi should have said 1 p.m. “today.”

The “evening” reference was also a bit odd since 1 p.m. is squarely in the afternoon — but given the late hour it’s probably not surprisingly Velshi was a bit confused.

Fox carried the adjournment live as well and its host referenced the correct time and day for the trial to resume — though it later served as a bit of a joke about just how late into the overnight hours things ran.