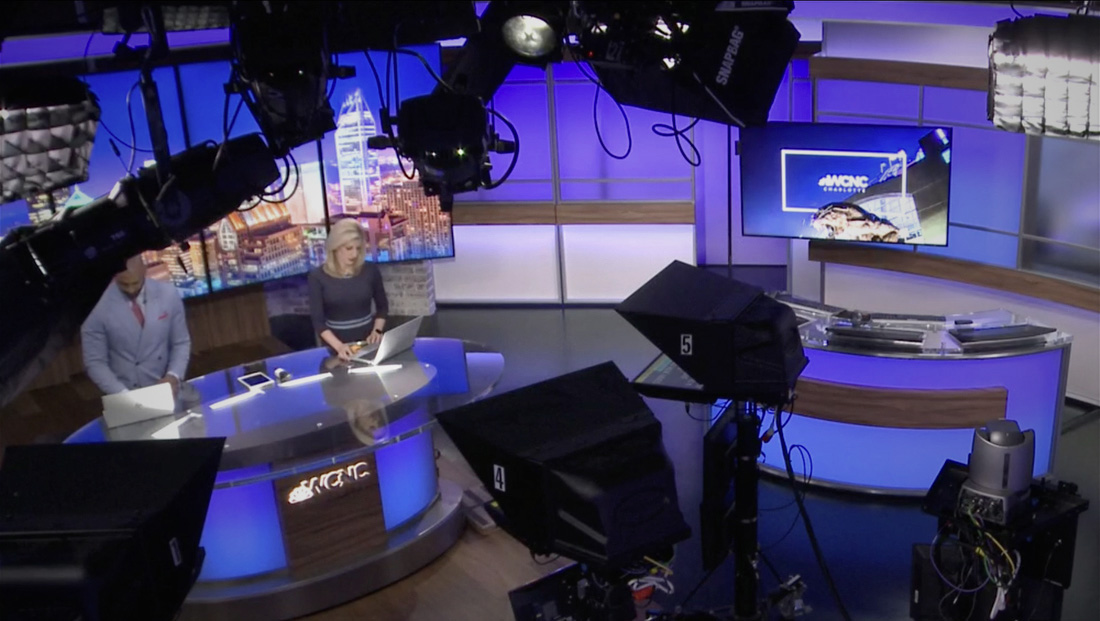 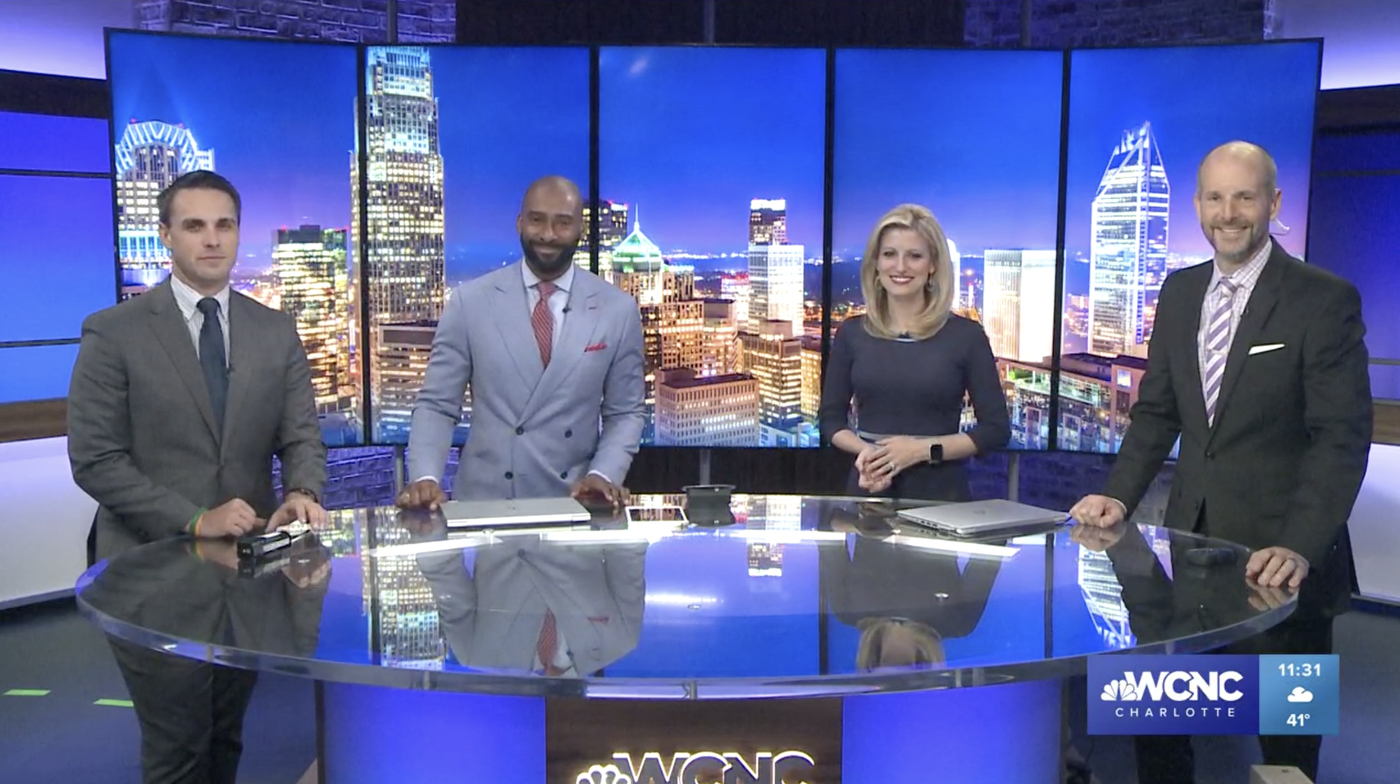 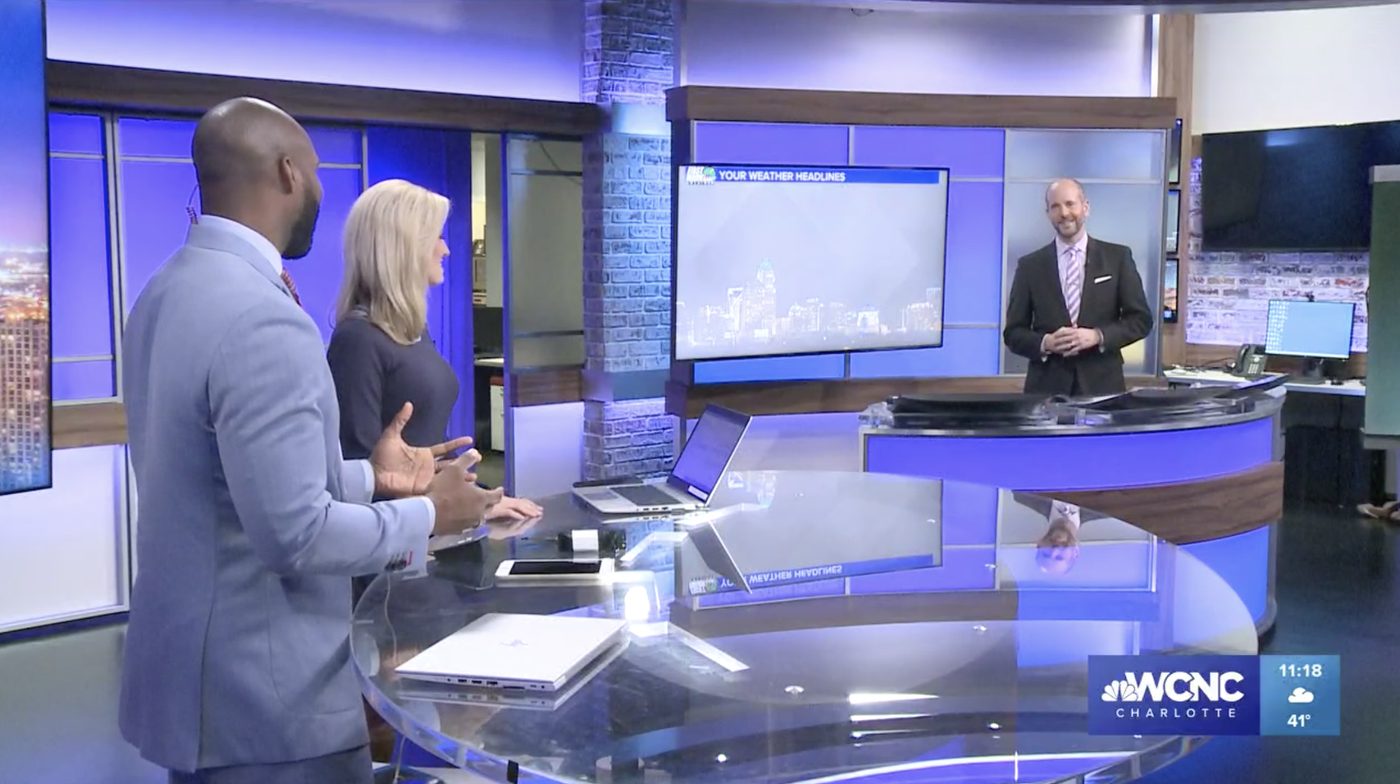 A nearby weather center allows for interaction shots between anchors and the forecaster and features its own presentation pod with large video panel. 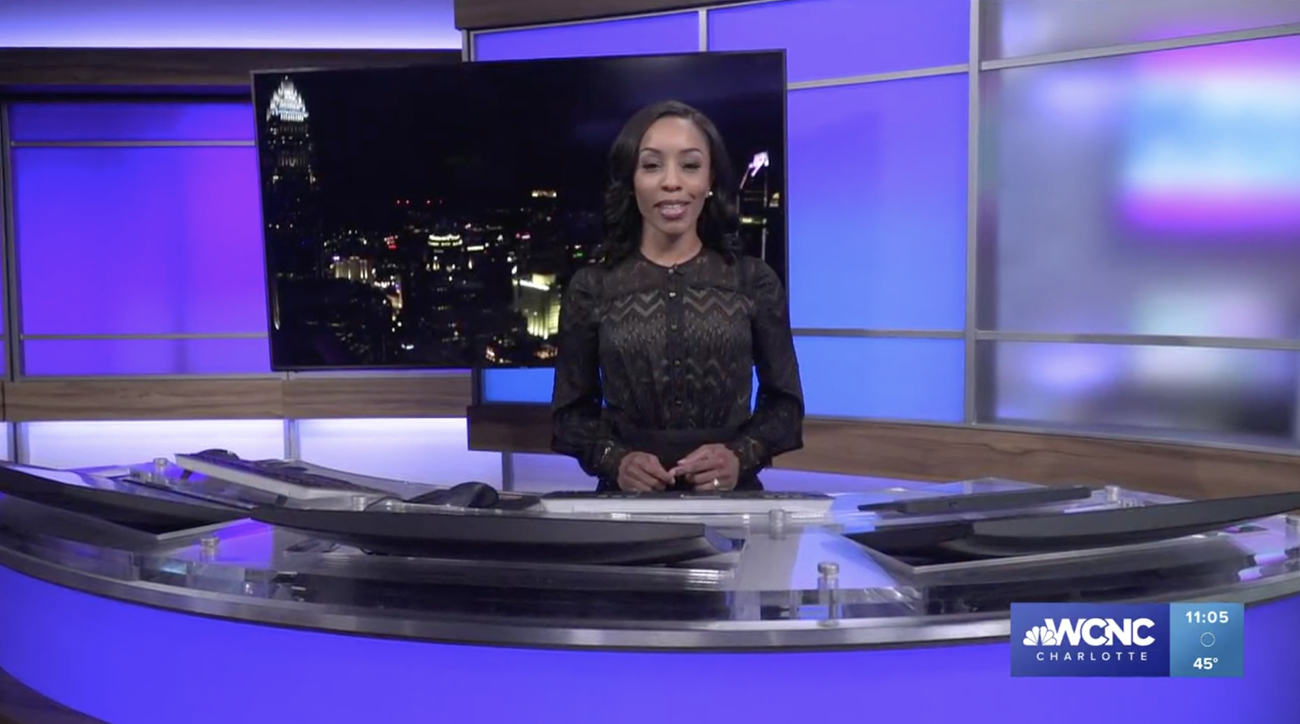 The far right panel behind the weather presentation area is frosted to reveal some of the weather workspace beyond, which also extended behind an additional freestanding video panel array. 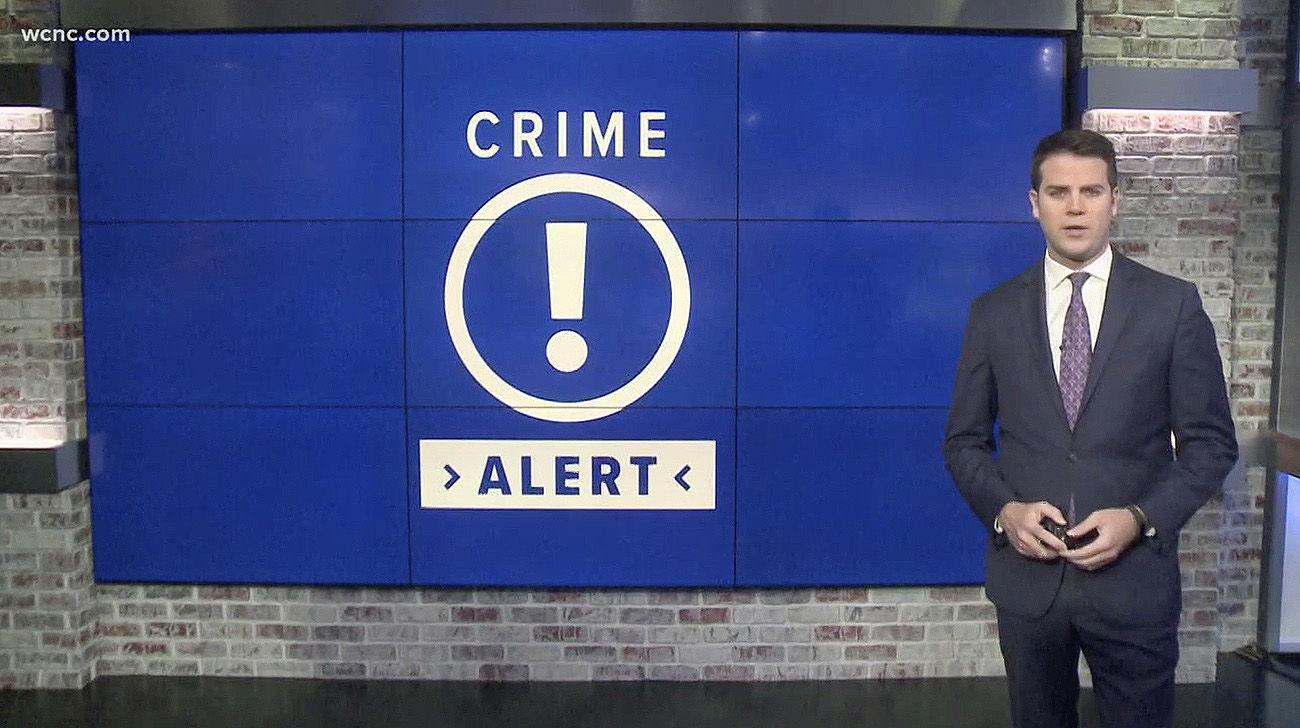 Meanwhile, more generous use of exposed brick can be found in the multipurpose standup area, which features nine video panels leftover from the station’s old set and given a new life.

The new logo features the NBC peacock tucked next to the left angle of the “W” while the first “C” is placed in front of its neighboring letters and the second “C” sits behind the “N.”

The station has retained its “WCNC NBC Charlotte” and “WCNC NBC Charlotte News” branding after going through the names and taglines “6 News,” “NBC6,” “Carolinas’ News Connection” (backronym for its call letters) and NewsChannel 36 (a reference to its cable channel number) as well as “NBC Charlotte.”