How the networks displayed senators’ questions on screen during impeachment trial 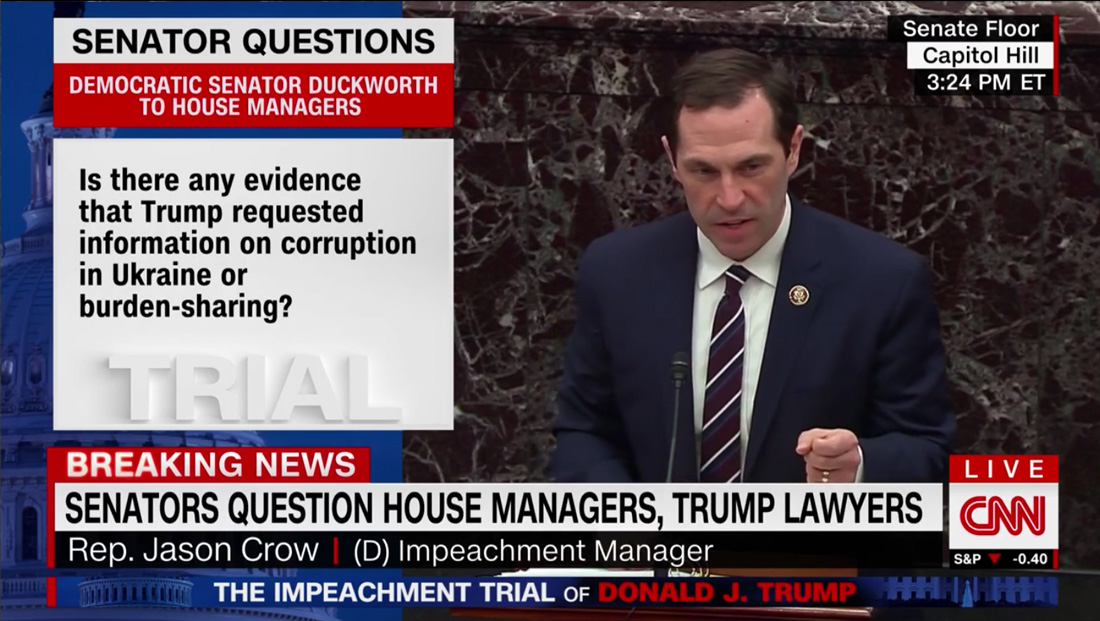 With Donald Trump’s impeachment trial moving into the question phase, all of the major broadcast and cable networks are using large graphics that include the queries submitted by senators.

The networks appear to have used a mix of paraphrasing and more exact transcriptions of the written questions submitted.

CNN is using a left sidebar style graphic. It includes information about who is posing the question and to whom it is directed at along with the text of the question.

MSNBC put its sidebar on the right side and included “from” and “to” header. 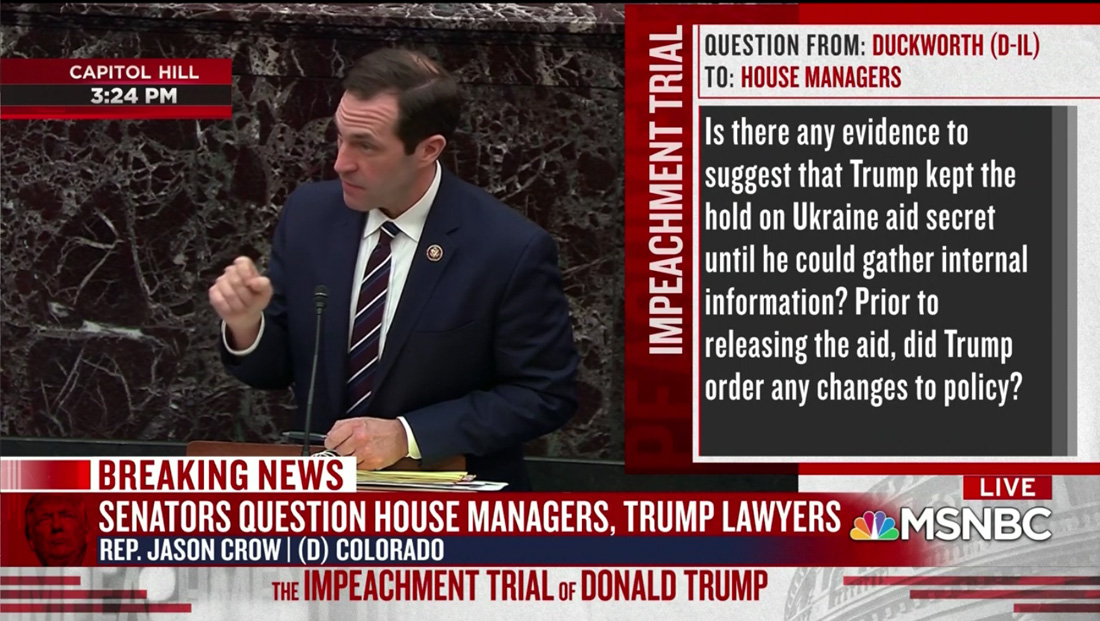 The NBC network proper used a similar look, but without the sideways “Impeachment Trial” element and also put the question text in all caps. It also used slightly different phrasing than MSNBC. 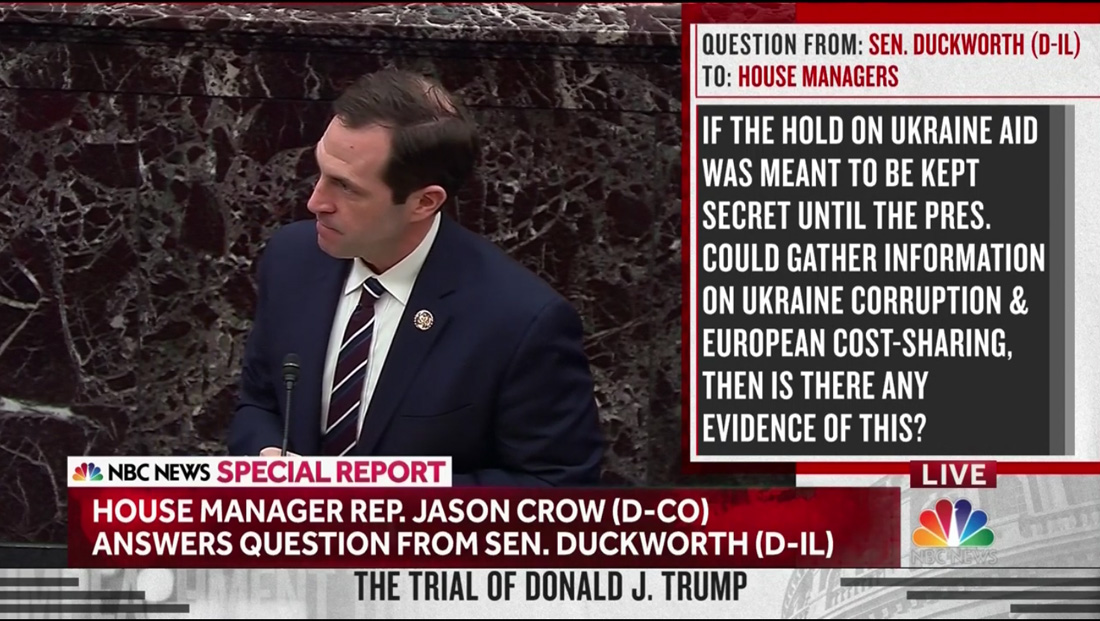 Fox, meanwhile, used the right side as well. 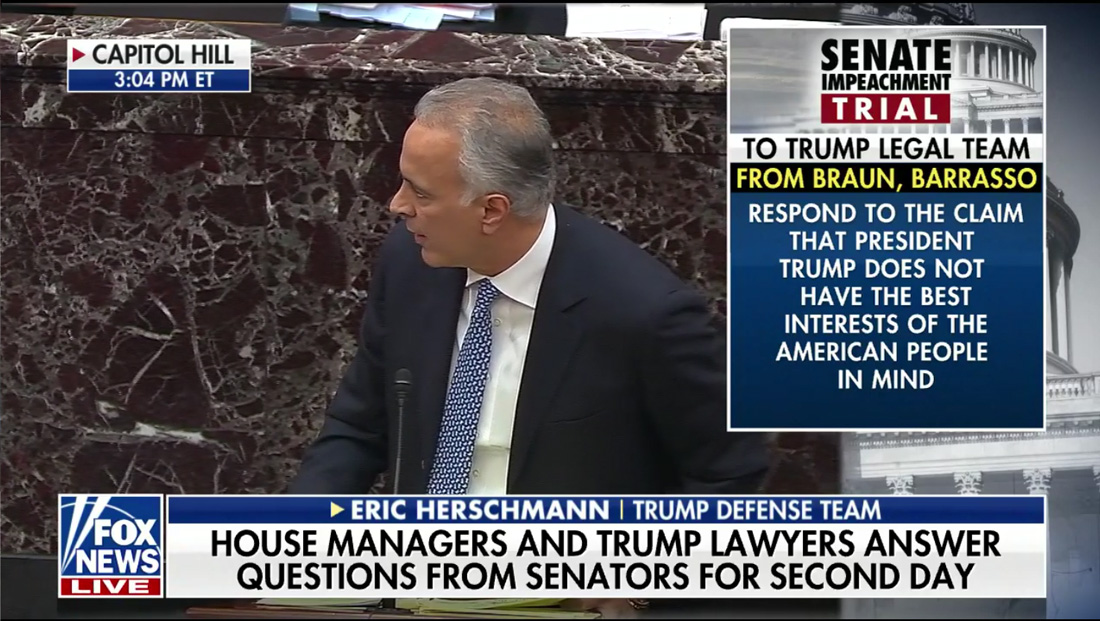 ABC News, meanwhile, put the text of the questions in its own box that took up approximately two thirds of the screen, with the feed from the Senate floor to the left.

A “zooming” affect was used to switch between the double box layout and full views of the Senate. 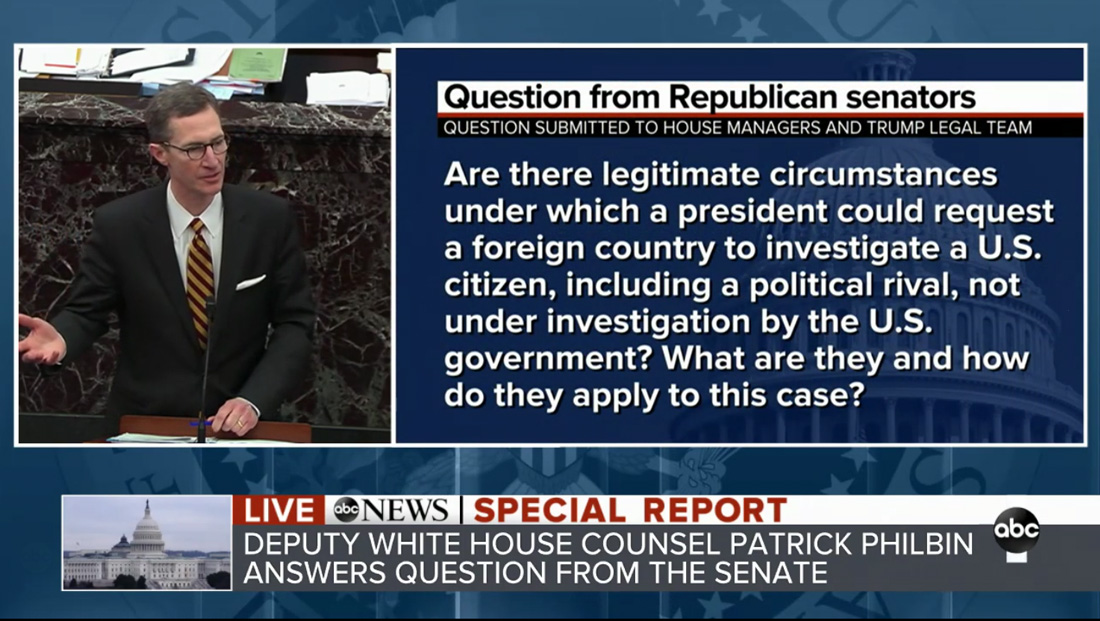 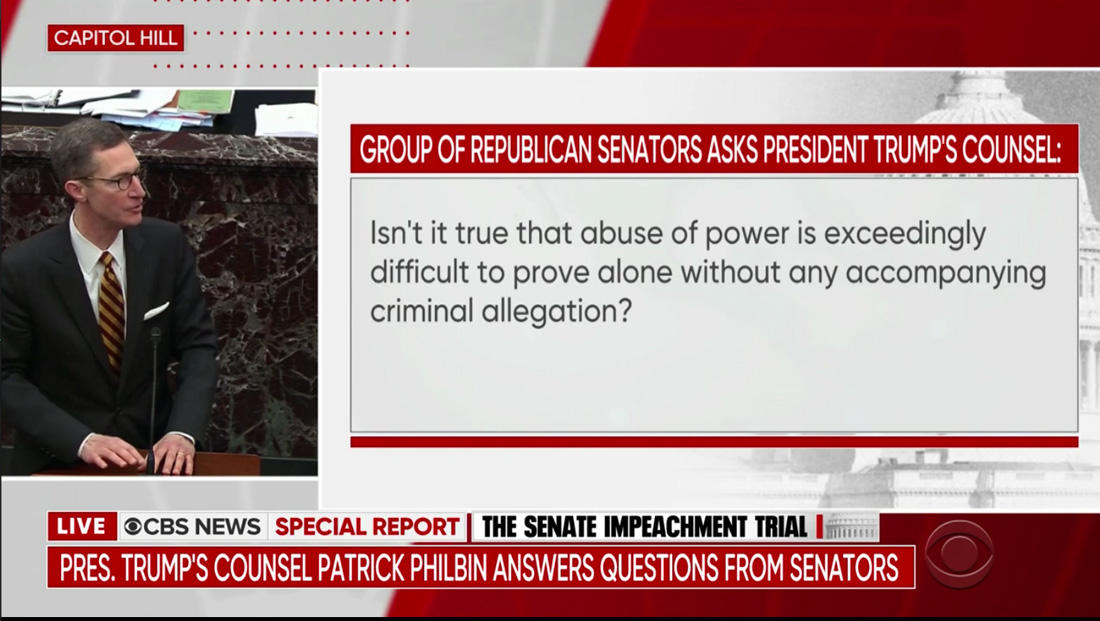 C-SPAN 2 put the questions in its normal lower thirds. 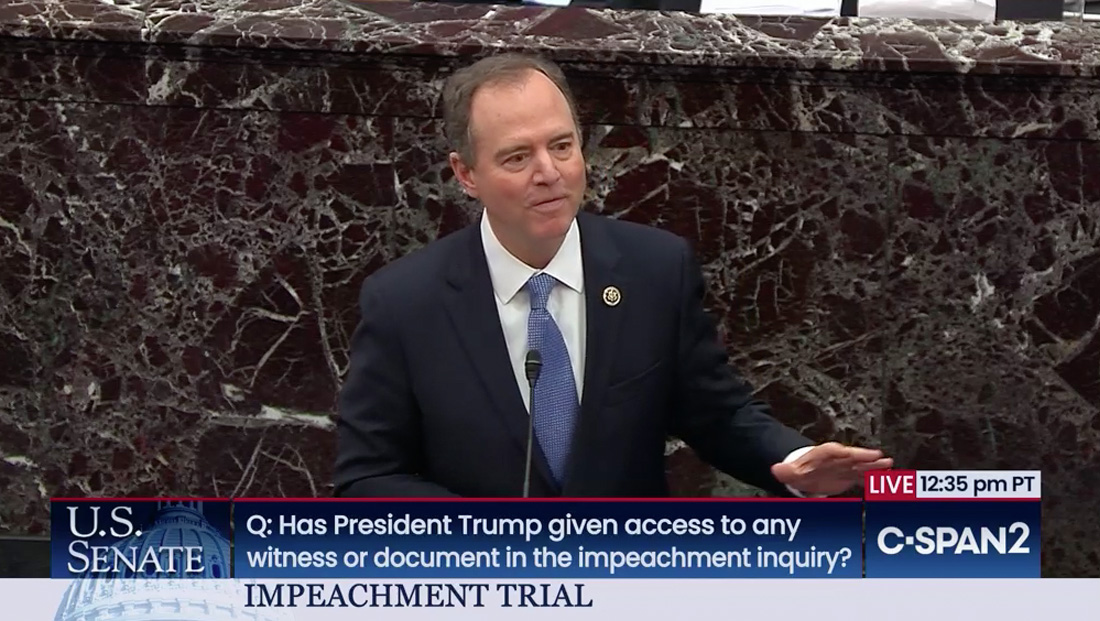