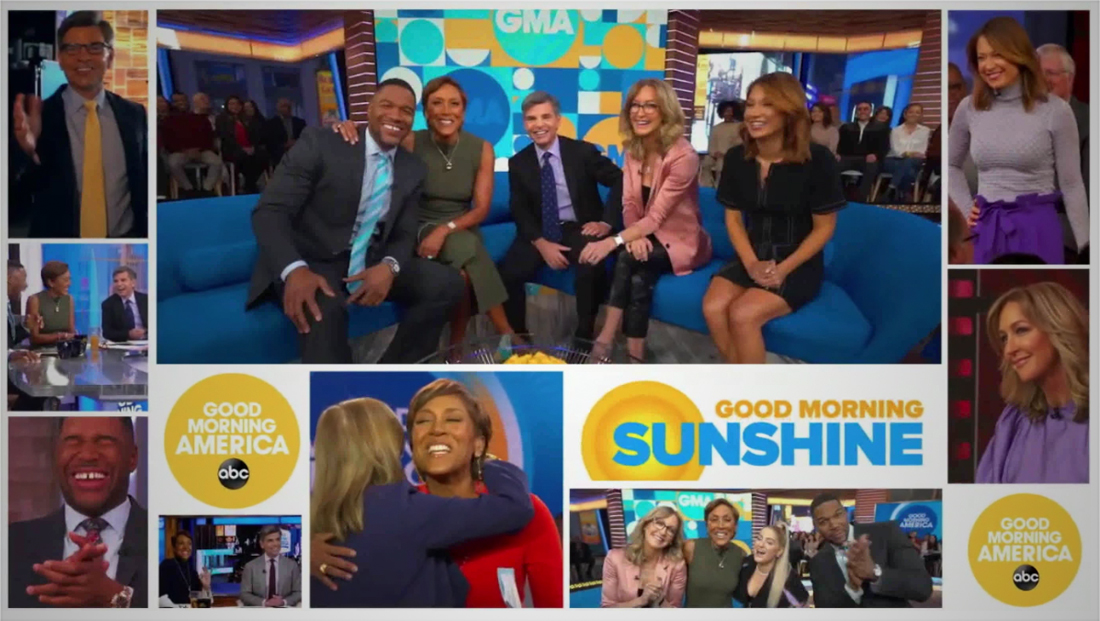 The promo uses the tagline “Good morning sunshine” and uses the Meghan Trainor and Gary Trainor’s song of the same name.

There’s also a shot of Strahan and Roberts at the anchor desk hitting a customized “alarm clock.”

The campaign debuted Sunday, Feb. 9, 2020, during ABC’s telecast of the Oscars and is largely aimed at viewers who don’t normally watch “GMA” according to sources.