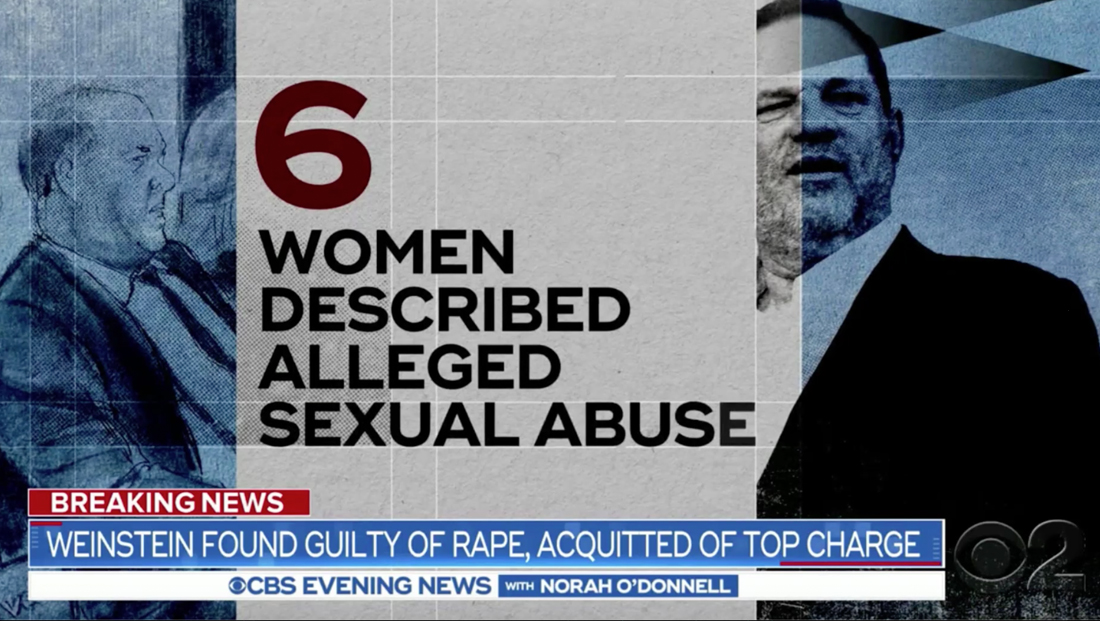 As if often the case with court trials, TV news is faced with the challenge of trying to use a limited amount of footage from outside the courtroom to tell a story in a visual medium.

That happened with the New York verdict of disgraced media mogul Harvey Weinstein when the jury’s decision came down Feb. 24, 2020.

Most networks relied heavily on fullscreen graphics and animated sequences that laid out the timeline of accusations, the number of accusers and the final verdicts broken down by charges.

“CBS Evening News” lead with the story from Charleston, S.C., where Norah O’Donnell is prepping to moderate the network’s debate Feb. 25. Its look included a muted grid like look.