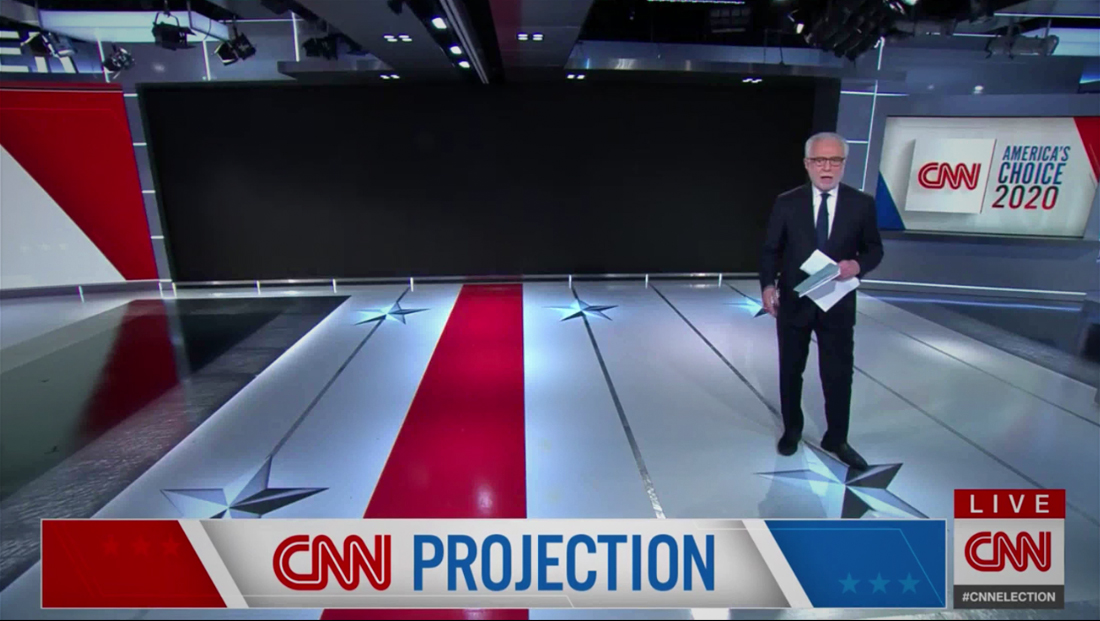 At the top of the hour, Wolf Blitzer paused briefly for the “CNN projection” stinger to run before a wide shot of the studio showed a graphic incorrectly listing Bernie Sanders as the winner of Mississippi’s primary.

Before Sanders’ image and headline appeared on the video wall, the screen was briefly visible as being blank.

“Bernie Sanders … not, not, not happening right now,” said Blitzer as the video wall behind him flickered between the Sanders graphic and countdown stuck at “0:00” as well as the blank screen.

Blitzer appeared to be ready to declare Sanders the winner verbally — though it appears he may have been saved by someone correcting him via his IFB earpiece.

The handheld camera operator appeared to start to move in to remove most of the video wall from frame as Blitzer corrected the call on air to clarify that Joe Biden was projected to win the state.

The correct graphic then flashed on screen briefly, causing the camera operator to stop the movement briefly.

“There we have it right there, you can see it” said Blitzer — but before he could finish the sentence the video wall went black again.

At this point, the camera operator moved in to remove most of the video wall from the shot, even though various graphics could still be seen popping up seemingly at random behind Blitzer — though none were fully legible.

It’s worth noting that the lower third insert banner did consistently note Biden as the winner in Mississippi.

Technical glitches with video walls like this aren’t uncommon either — especially when dealing with election night calls when graphics have to be selected and fed to video walls on the fly, often by advanced computer systems.