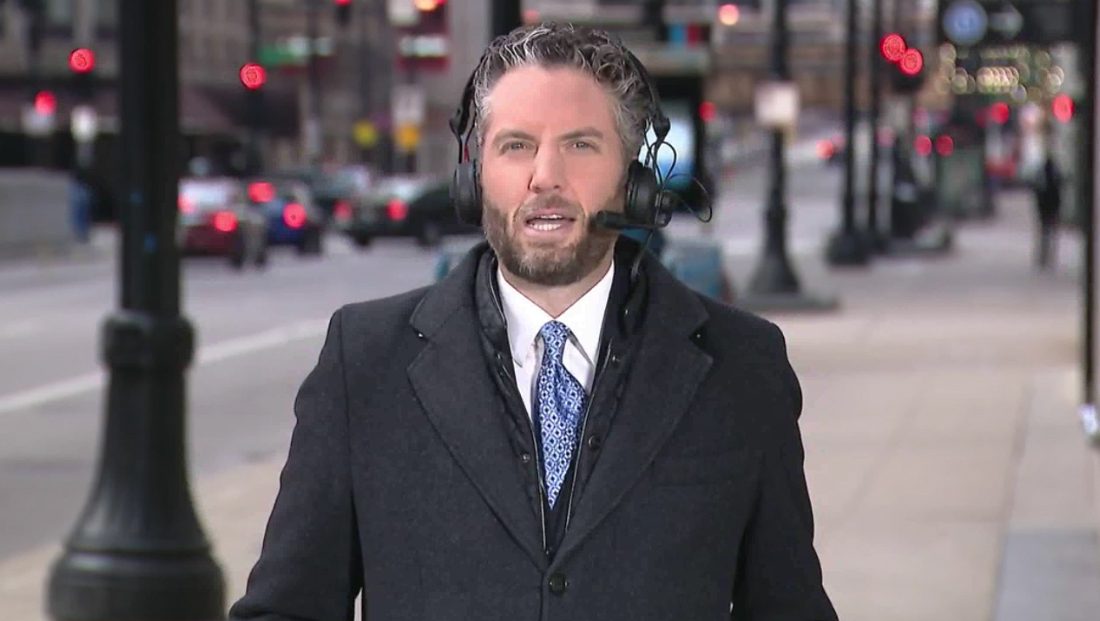 WBBM, the CBS owned station in Chicago, gave viewers a stark preview of what things might look like if its building became unusable due to coronavirus or other emergency on Tuesday, March 24, 2020.

The broadcast was first noted by Robert Feder.

The idea was to test how a newscast without access to the CBS Broadcast Center Chicago’s newsroom, studio or control room.

“If COVID-19 necessitates that we evacuate the premise and take the show on the road, that’s what we’re practicing today,” noted anchor Brad Edwards at the top of the broadcast — which he anchored color with a microphone head set combo.

The newscast was abbreviated due to the White House briefing that was carried live by most stations.

After Norah O’Donnell wrapped the network’s special report, CBS 2 sat in black for a rather long time before the open ran.

The open also appeared to “freeze” toward the end and the music cut out abruptly.

The rest of the newscast did not feature and graphics or music and only a simple wipe was used at the end to briefly cut to a tower camera.

To support the effort, CBS used four separate vehicles parked on the street to serve as a control room, production center and a satellite uplink, noted Feder.

It also did not include weather, though that may have been due to the shortened time frame. and Edwards noted a weather update would be provided at 6 p.m.

CBS’s New York Broadcast Center has already been mostly closed down due to multiple coronavirus infections with its NYC operations spreading out across the city and other ViacomCBS facilities in the U.S.

WBBM operates out of 22 West Washington Street at the corner of North Dearborn in the Loop district of the city.

It leases space inside of a 17 story skyscraper that’s part of the city’s Block 37 development. It originally leased about 100,000 square feet include a streetside studio near the same corner Edwards anchored from, but it stopped using it on a regular basis after moving to Studio 2 in 2017.

In 2019, CBS 2 announced it was looking to sublease the studio space.

CBS 2 has its own private lobby along Washington Street.