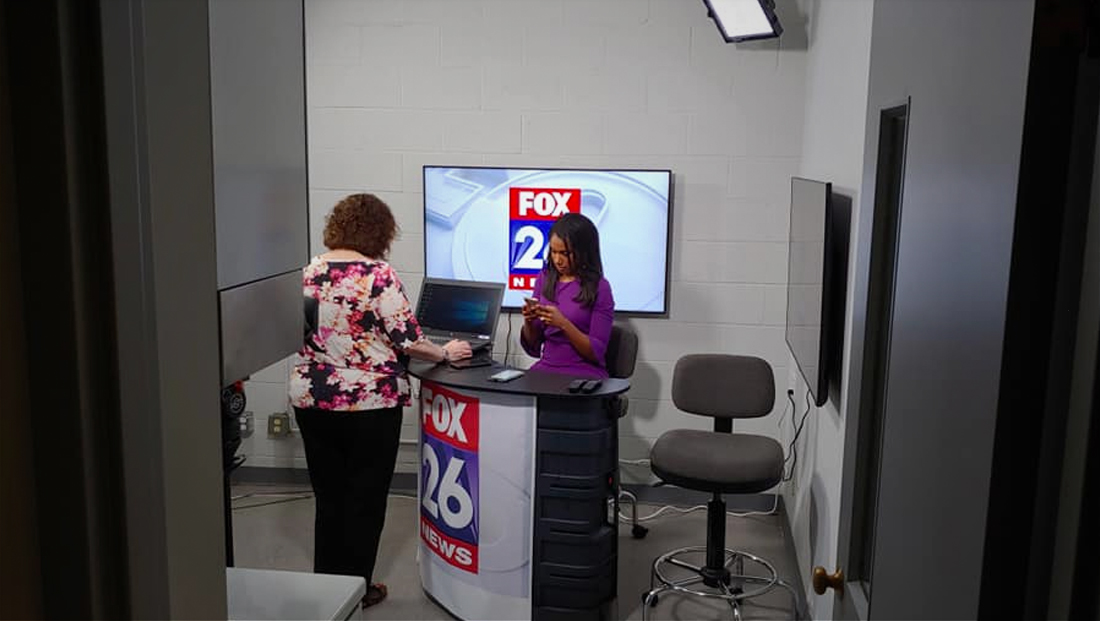 Back on March 21, 2020, KRIV, the Fox owned station in Houston, Texas, began preparations on an emergency backup facility at its transmission facility in the event its main building becomes unavailable due to the coronavirus outbreak.

The station’s transmitter is in Missouri City, Texas, a suburb about 20 miles southwest of downtown.

Like transmitter “farms” in many markets, the site is shared with several other TV and radio stations.

Based on photos posted to Facebook by anchor and reporter Tom Zizka, it appears the station has a small portable trade show style “anchor desk” with two video panels mounted on the cinder block walls with what appears to be a makeshift newsroom and control room inside one of the small service structures near the towers.

Placing the backup broadcast facility quite literally right next door to its transmitter makes a certain amount of sense give that it is both relatively isolated and puts the station’s origination point so close to the tower that send sends its signal over the air.

Generator sites are typically outfitted with backup power generators as well — and it’s not unusual for similar backup facilities such as the one KRIV created to be located near transmitters.