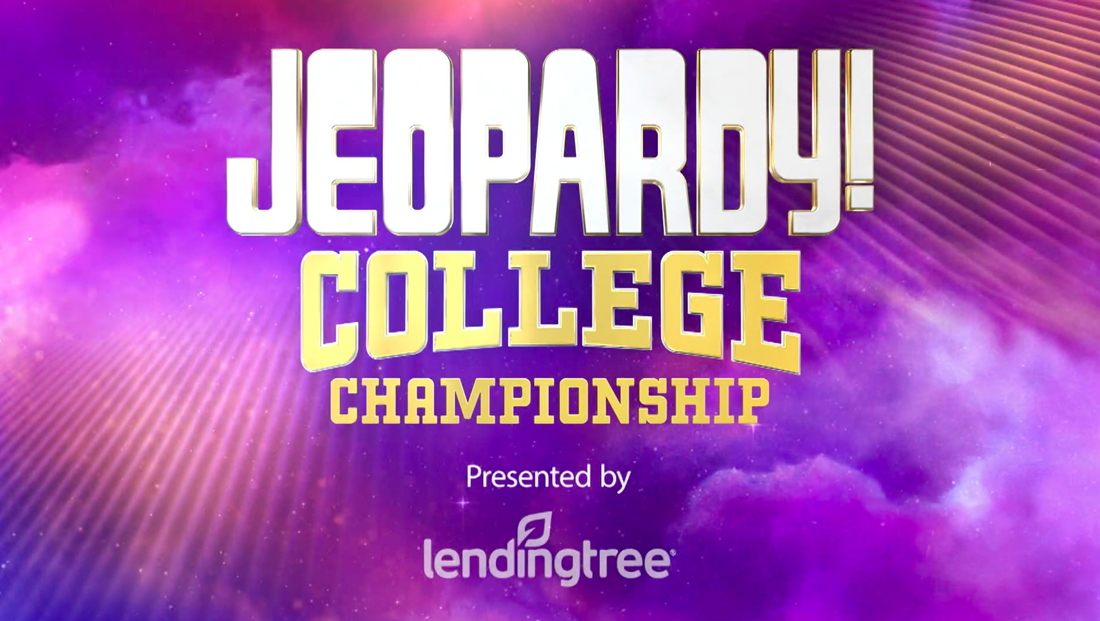 Like the open used during “normal” games this season, “Jeopardy!” used a category themed open, trading out the normal rotation of subjects representing the wide breadth the show covers in favor of academia related themes.

Also like the regular opens, the college tournament open was designed by Gameday Creative.

The design includes a 3D rendition of a Greek house — with the “Jeopardy!” name in Greek letters on the facade. There’s also a book entitled “Famous Jeopardy! Alumni,” collegiate style pennants and a mortarboard with a tassel that moves from one side to another — just like is traditionally done in graduation ceremonies.

These games, which feature college students from across the country, are also using new theme music with marching band and collegiate themes, as well a version of the “think music” used on the Crackle spinoff show “Sports Jeopardy!”

Previously the college tournament, along with the teen tournament and other special events, would sometimes use the alternate theme music originally composed for “Rock & Roll Jeopardy!” but would typically stick with whatever version of think music the show was using at the time.

The college games were taped in February 2020, before the show shut down production due to the coronavirus outbreak.

The show also notes that while host Alex Trebek, contestants and studio audience are not shown following social distancing guidelines on camera, that advice was not in effect at that time.

Correction: The article above has been updated to clarify the think music used during this tournament is from “Sports Jeopardy!”