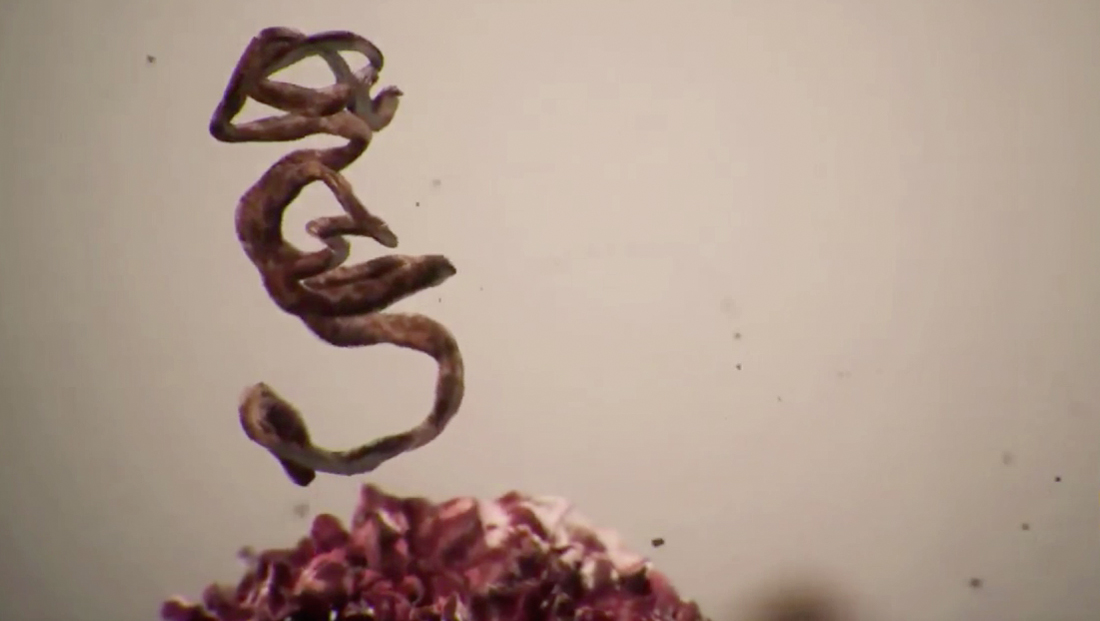 Al Jazeera has given its viewers a look at the science behind the coronavirus and COVID-19 in a 3D explainer that combines detailed modeling and animation with sound effects to create an immersive experience.

The segment includes 3D renditions of humans, internal organs and the coronavirus itself to give the medical and scientific backstory — all backed with subtle “particle” animation effects. The package was rendered using Epic Game’s Unreal Engine for added realism.

Visuals, especially those of the surface of the virus are highly textural and detailed — which gives those surfaces a visceral feel that makes them look and feel inherently “bad.” Meanwhile, the “good” surfaces of cells the virus attacks are shown as cleaner, smoother surfaces.

In addition to the Arabic narration, the segment also incorporates the universal language of sound effects and music to add another layer to the story.

The explained features a subtle track that always manages to convey the sense of discovery on both a larger and microscopic scale while sound effects ranging from human coughing to the “imaginary” sounds microbes make when morphing.

Other sound effects include subtle movement sounds as 3D models of the virus float by or “land” on another surface — which also includes, at one point, a sort of microscopic “earthquake” to emphasize the sense of destruction.

At one point, a fiber from a virus literally snakes its way through other cells accompanied by a purposefully unpleasant “squishing” sound effect.

The fiber itself is shown as a jagged, almost glasslike element that conjures images of a mysterious but dangerous stinger.