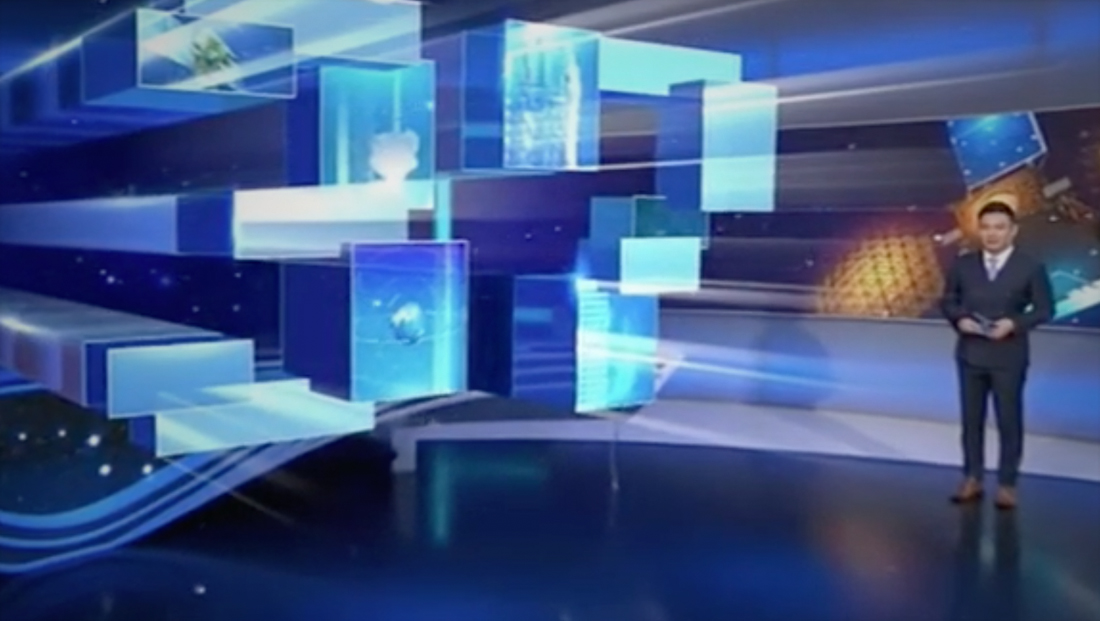 CCTV-13, the news channel owned by CCTV, created an extended explainer that blended real and 3D models as well as augmented reality to explain the new BeiDou Navigation Satellite System.

BeiDou is a Chinese developed satellite navigation system that dates back to 2000. The second generation of the system was completed in June 2020, expanding its reach globally.

To explain the system and its evolution, CCTV-13 edited together archival footage and 3D animations that eventually transitioned to illustrating a blue signal “beaming” down from the sky.

The camera then moved upward, revealing that the 3D model of the “receiving” facility was actually on the floor of the channel’s rather main studio while a presenter walks into frame behind the anchor desk.

The entire studio itself has a bit of a space age, bridge like feel, so the overall effect is clean and modern.

Other portions of the segment include extruded elements that form a number that appear to jut out from one of the studio’s video walls, which are also heavily used throughout the segment.