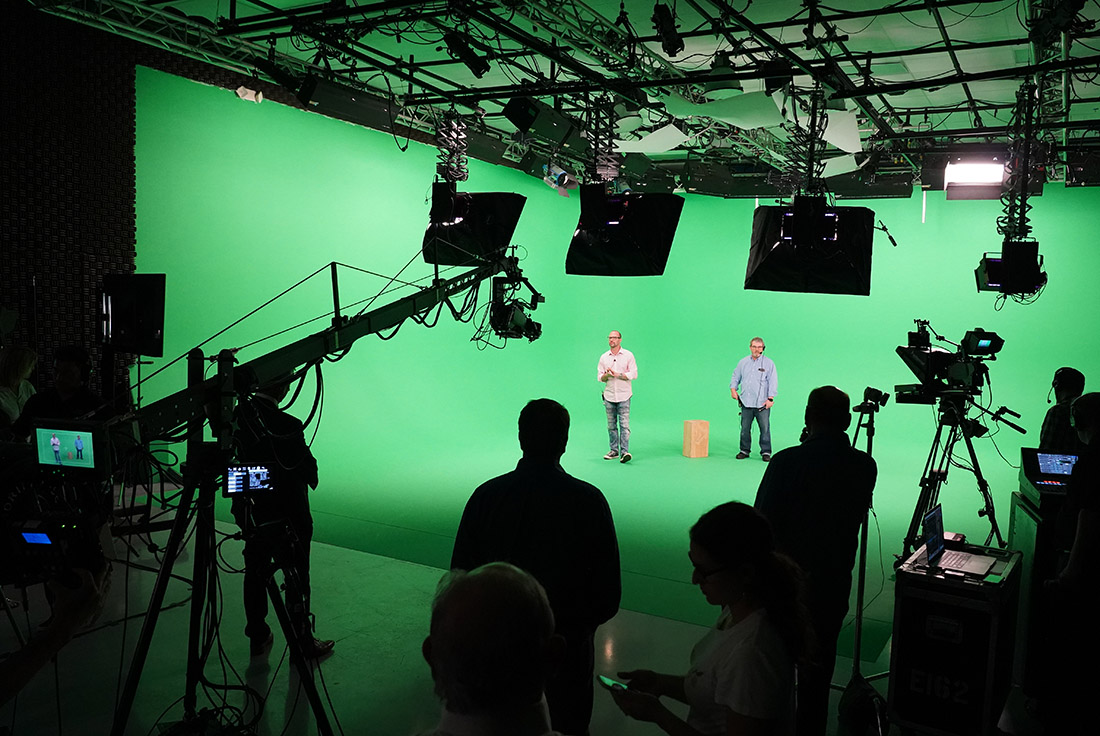 Broadcast has been seriously impacted because of the COVID-19, as production dropped all around the world, travel restrictions applied, and many other issues compromised the traditional way of doing business in television. However, the current situation also raises opportunities for any kind of virtual production, from remote shooting to virtual events.

As an example, and for covering the cancellation of the NAB 2020 show, Brainstorm produced daily virtual production demonstrations streamed live on the company’s YouTube channel three times a day. The Brainstorm staff were able to produce photorealistic virtual production with two presenters located in their own homes in different cities miles away from each other, using InfinitySet, Brainstorm’s all-in-one virtual set and real-time 3D graphics solution, with Unreal Engine and a consumer camera. 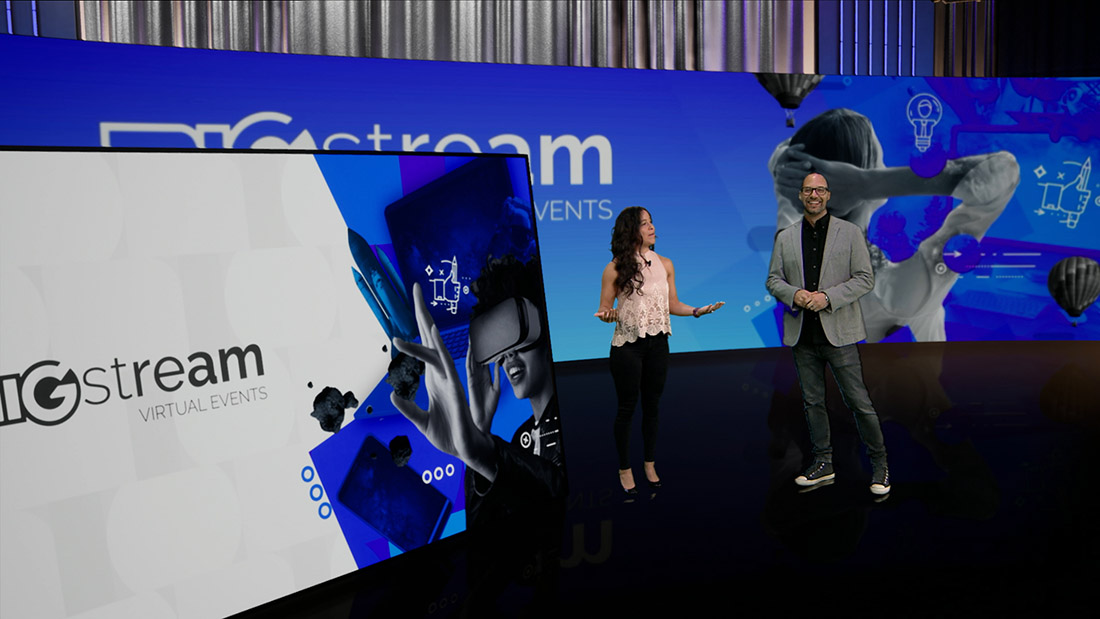 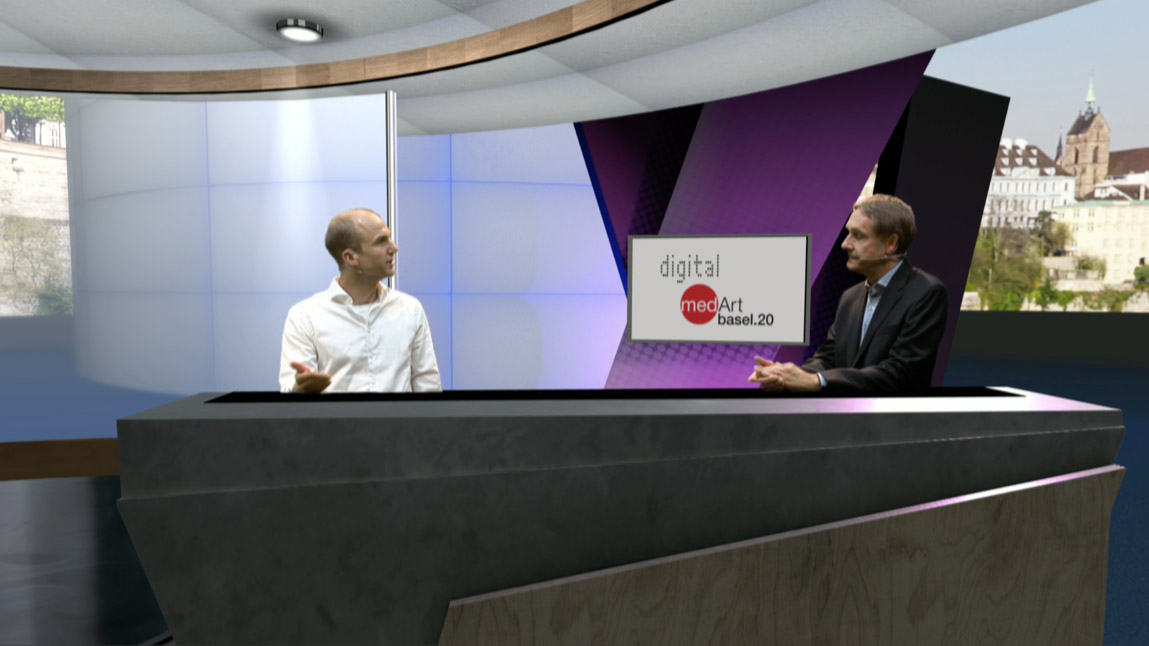 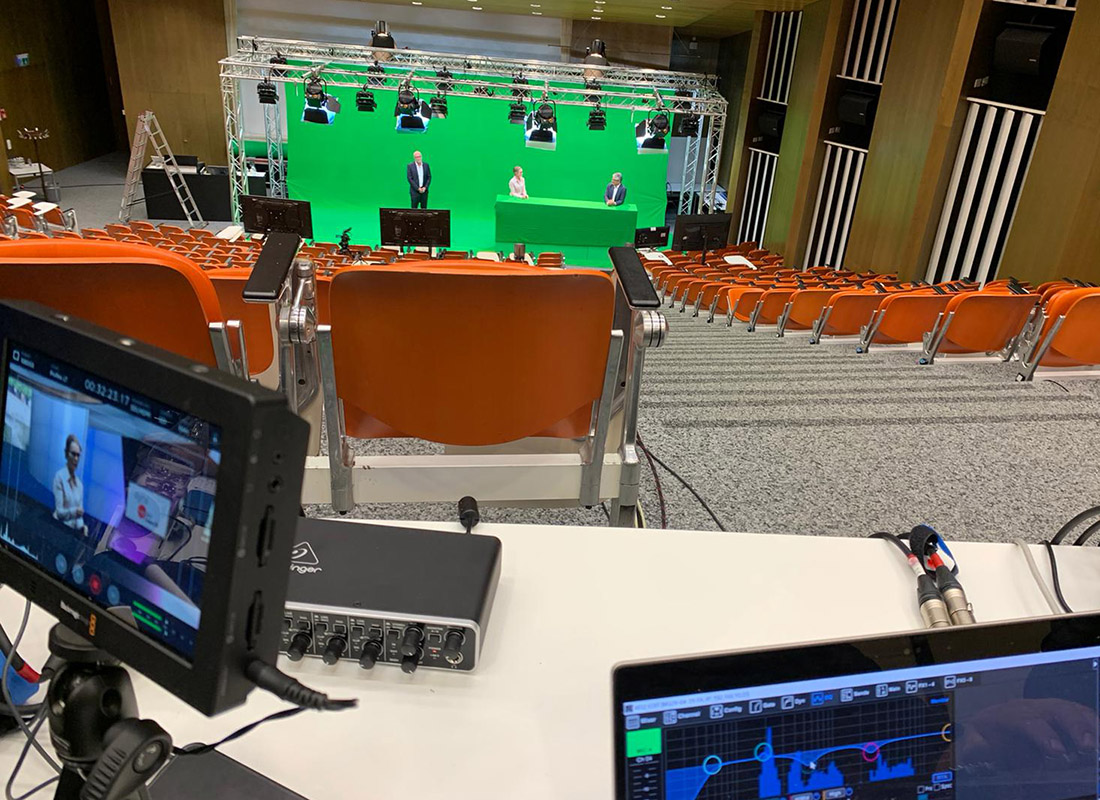 Production company Nominari Schweiz GmbH proposed Basel University Hospital, congress organizers, the option of deploying virtual production techniques to place the speakers on a virtual set. The same auditorium that hosted the event previously was converted into a virtual studio, and the event streamed live to the audience using InfinitySet, after a previous remote training to ensure everything run smoothly.

The Florida company MIG is producing virtual live streaming events using InfinitySet for many of their clients, designing and creating vivid experiences that inspire very specific actions in their client’s target audience. Because of the powerful features and simplicity of use of InfinitySet, MIG has provided service to a number of their clients since day one of the installation, producing complex events like live tele-transportation of presenters shot live on different cities and placing them together in the virtual studio, simultaneously. With a system that provides no noticeable lag-time, MIG was even able to bring in live interviews onto a huge video wall by using standard streaming and teleconference applications.

Also, TD Ameritrade Network (TDAN) used Brainstorm’s InfinitySet to migrate their Market Drive physical events into the online realm by placing them on a live virtual Town Hall when the physical events were canceled due to the pandemic. 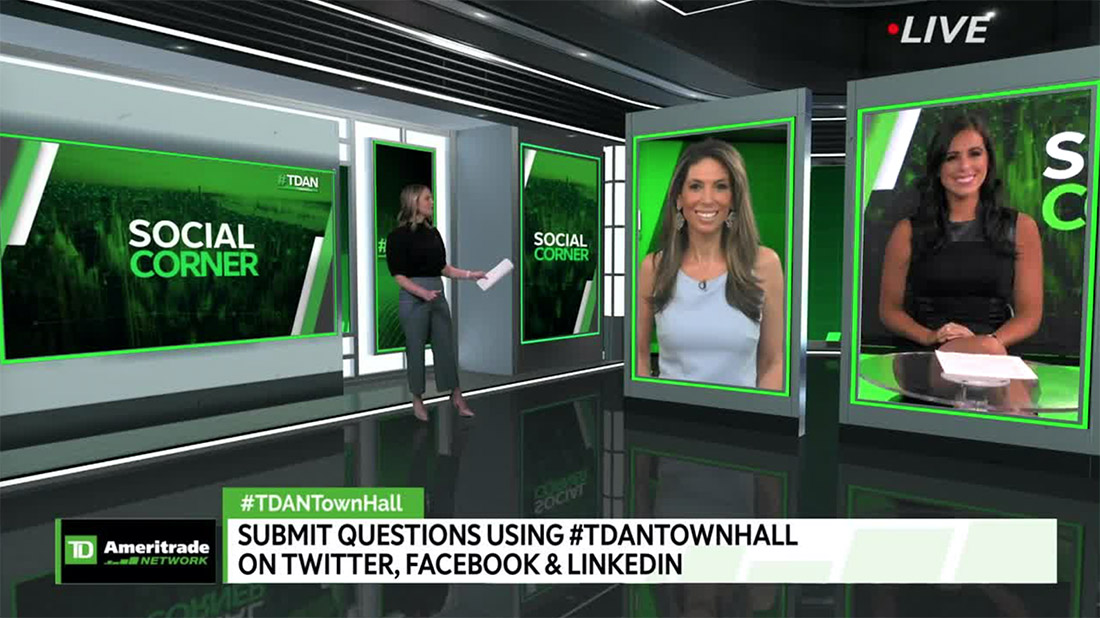 Broadcast Management Group, Brainstorm Premium reseller in the US, proposed replacing the Market Drive with virtual Town Halls, and within 6 days, BMG produced an incredibly successful, four-hour-long, live Town Hall for TDAN at their Chicago Studio. BMG created all of the show graphics, a complete virtual set, and also configured six remote locations. After the success of this first event, BMG produced a second virtual live event and two more are coming up in the next months.

Brainstorm virtual production technology allows connecting companies with their users and audiences in the current times when the human necessity to feel connected becomes essential.