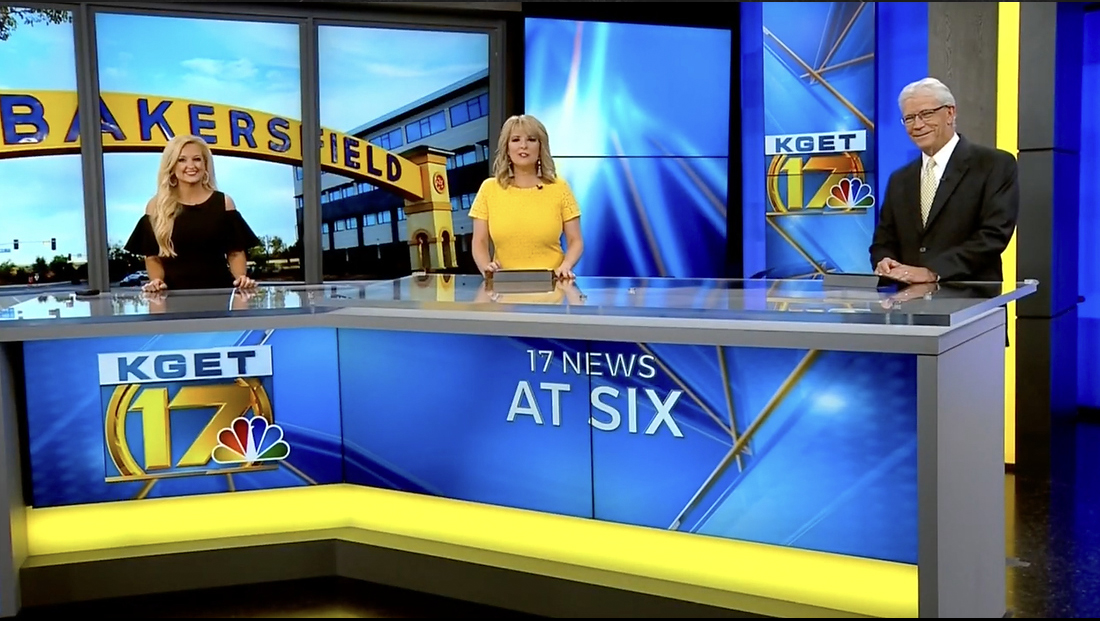 Nexstar Media Group’s KGET in Bakersfield, California, has debuted a new set that is largely arranged around corners of the studio.

The revamped set, completed by the group’s in house broadcast design team, follows the general look and feel of sets installed at many of its sister stations.

The set is also used for newscasts on KGET’s subchannel for its role as a Telemundo affiliate, so color each newscasts have been assigned specific lighting cues thanks to the color changing LED.

On set video panels also make it easy to change out graphics as well as enhance weather and news storytelling.

KGET’s home base is, like many other Nexstar stations, situated in the corner and creates the look of vertical “windows” using video panels but also includes both a stack of horizontal and vertical panels camera right. 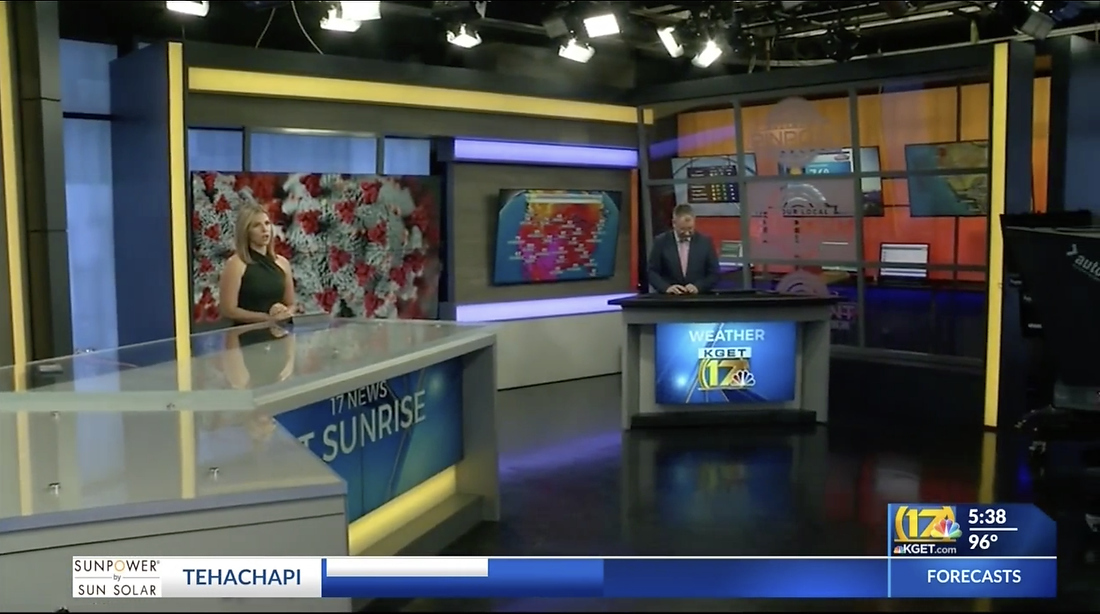 Next to the anchor desk is an additional, smaller video wall before the design transitions to a weather center with wall mounted video panel and angled glass wall separating the studio from work area. 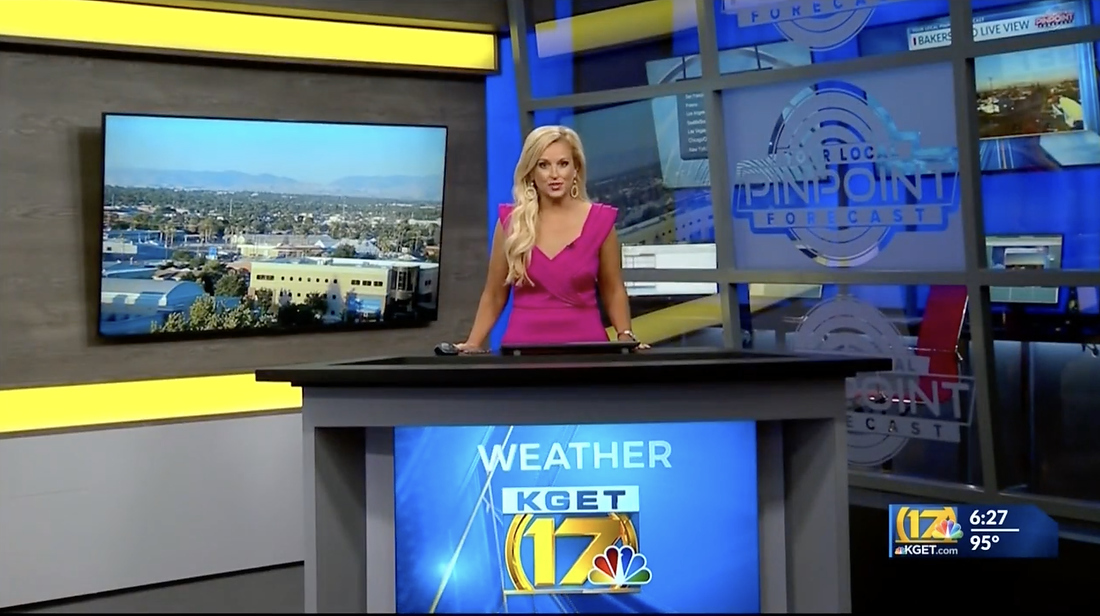 This area is also situated in a corner, with a standing height pod situated in the middle that, when shot wide, gives viewers a look at the wall mounted screen and frosted “Your Local Pinpoint Forecast” weather branding on the glass wall. 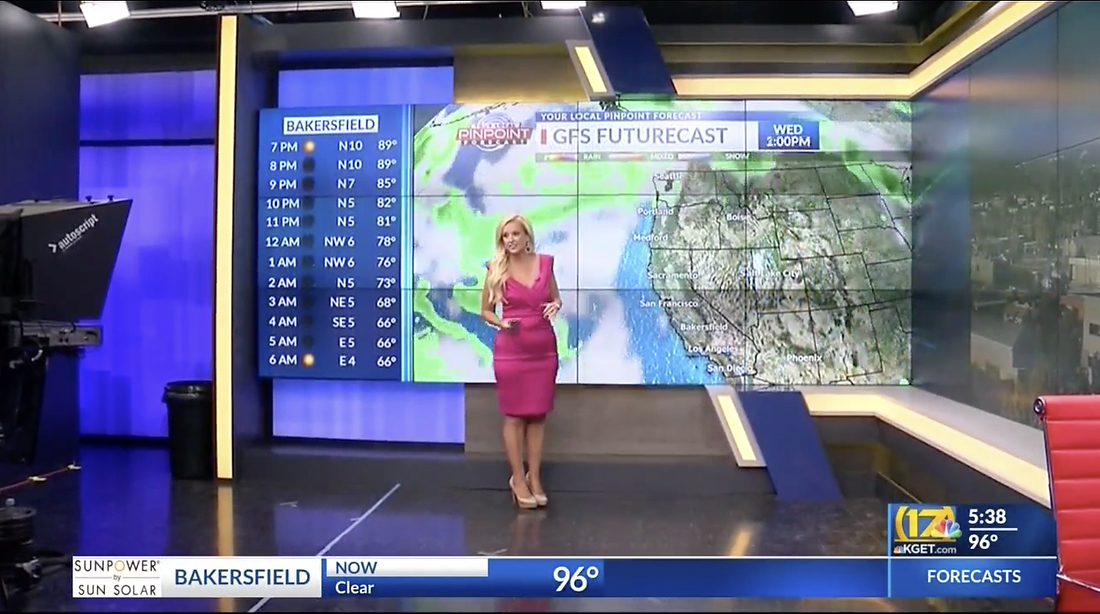 The studio also includes a corner outfitted with two walls that meet at a 90 degree angle that can be used for both weather and news standups. 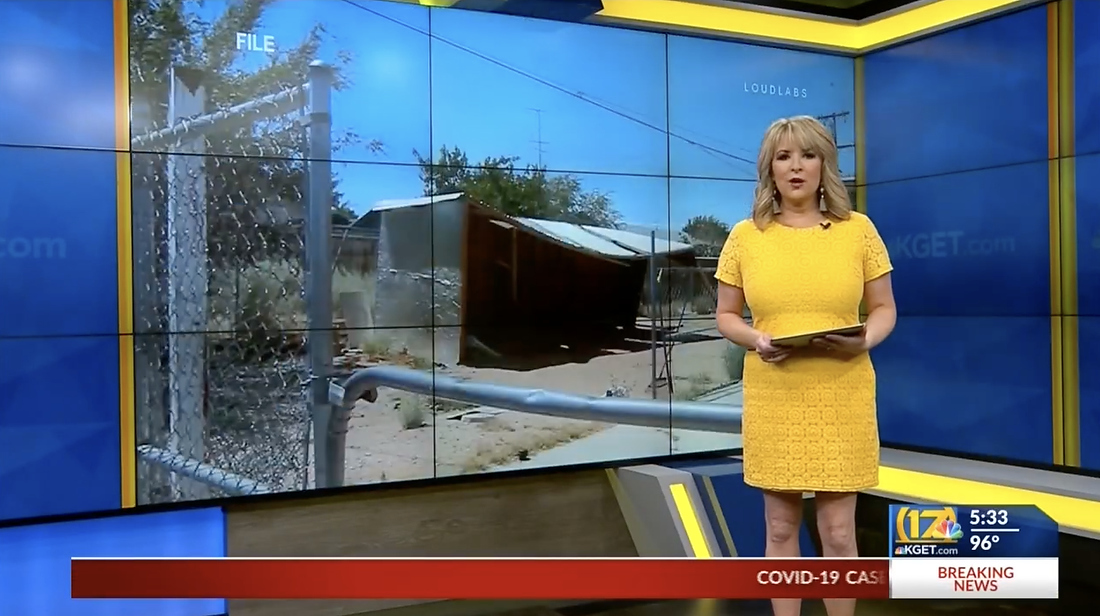 Cameras can be positioned at different angles, either shooting one wall or the other straight on or using both walls at differing angles.