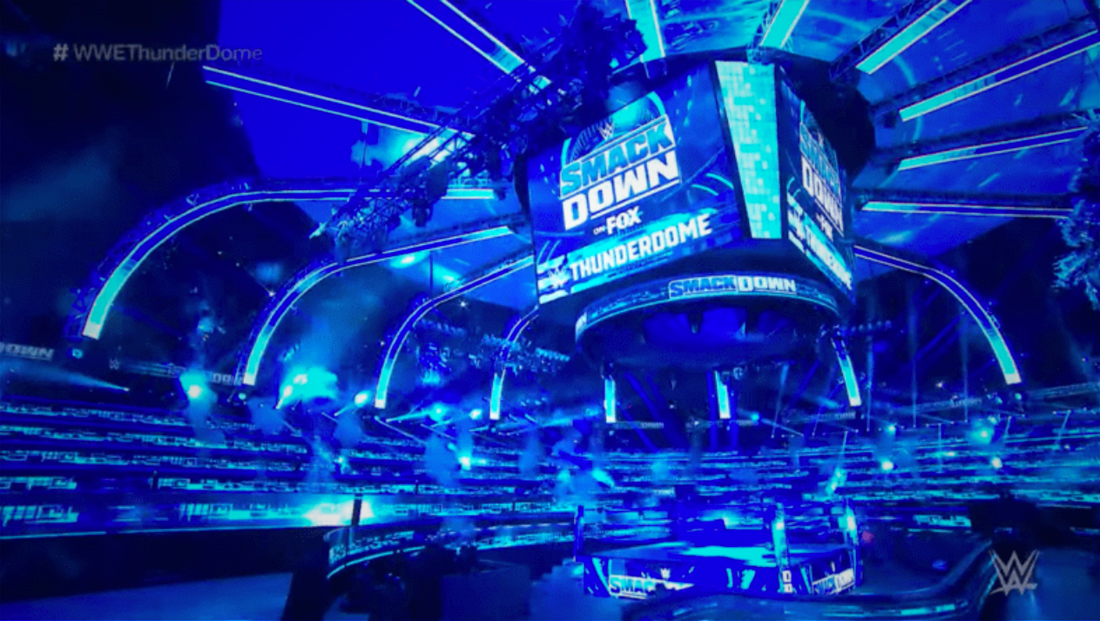 Faced with the prospect of having to make do without live fans inside event arenas, WWE has built a massive setup that brings fans — and plenty of eye-catching effects — into a single location through a combination of real and virtual elements.

The “ThunderDome” experience, as WWE bills it, was built inside of the Amway Center in Orlando, Florida, which the WWE has an agreement to lease through at least Oct. 31, 2020.

At the center of the design is the square raised platform WWE fans are used to seeing — and where most of the real life action takes place.

Instead of live fans, the space has been outfitted with 7mm LED “rings” that can show thousands of images of fans thanks to The Famous Group’s proprietary technology.

That feature, however, has already been hijacked by fans to allow offensive imagery appear on air, including at least one dressed in KKK garb.

Meanwhile, the virtual audience rings can also be used to display other graphics and animations and can be timed to run in conjunction with other tech inside the arena.

Multiple other LED installations have also been created, and wide shots incorporate the Amway Center’s native overhead big screen, which has been accented with tentacle-like elements that branch out from the center of the high ceiling and wrap around the lower scenic elements.

The ThunderDome appears on broadcasts that air on Fox and USA as well as pay per view productions.

In some ways, the ThunderDome concept is similar to the NHL’s “bubble” approach to containing sports matches inside of a few select locations, though in this case WWE has only created one.