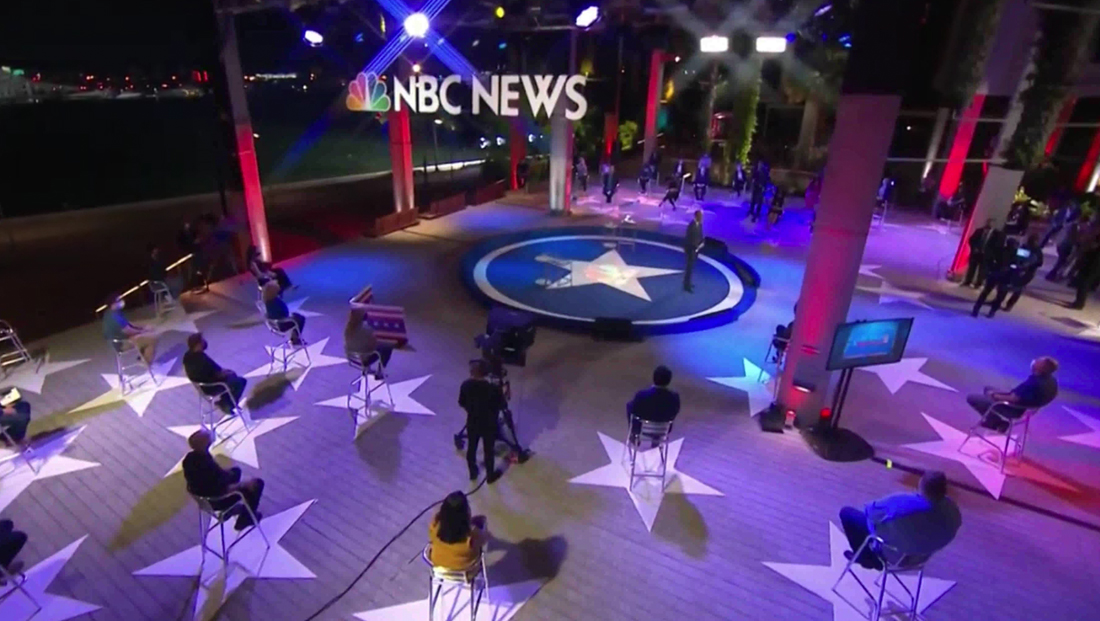 The museum’s first floor is surrounded by a large partially covered terrace on all four sides, which is where NBC set up.

NBC brought in a large dimensional logo and suspended above the space and created a large round area with oversized star on the floor for moderator Lester Holt and Biden.

The star appeared to be a sort of social distancing “reminder” as the pair remained approximately the width of it apart for most of the evening.

Meanwhile, town hall participants were scattered around the terrace area in high stools, with each one positioned on a star decal of its own — again, apparently appearing as a reminder for where each person should remain.

Additional stars marked where participants who wanted to ask Biden questions were to stand using handheld microphones that appeared to wrapped in plastic.

NBC also brought in extra lighting, including red, white and blue uplighting on the various columns throughout the terrace.

Where the network also had several cameras positioned around the space on tripods, it also made heavy use of a handheld camera that could move throughout the space in fluid motions, including capturing toss shots between Biden, panel members and Holt.