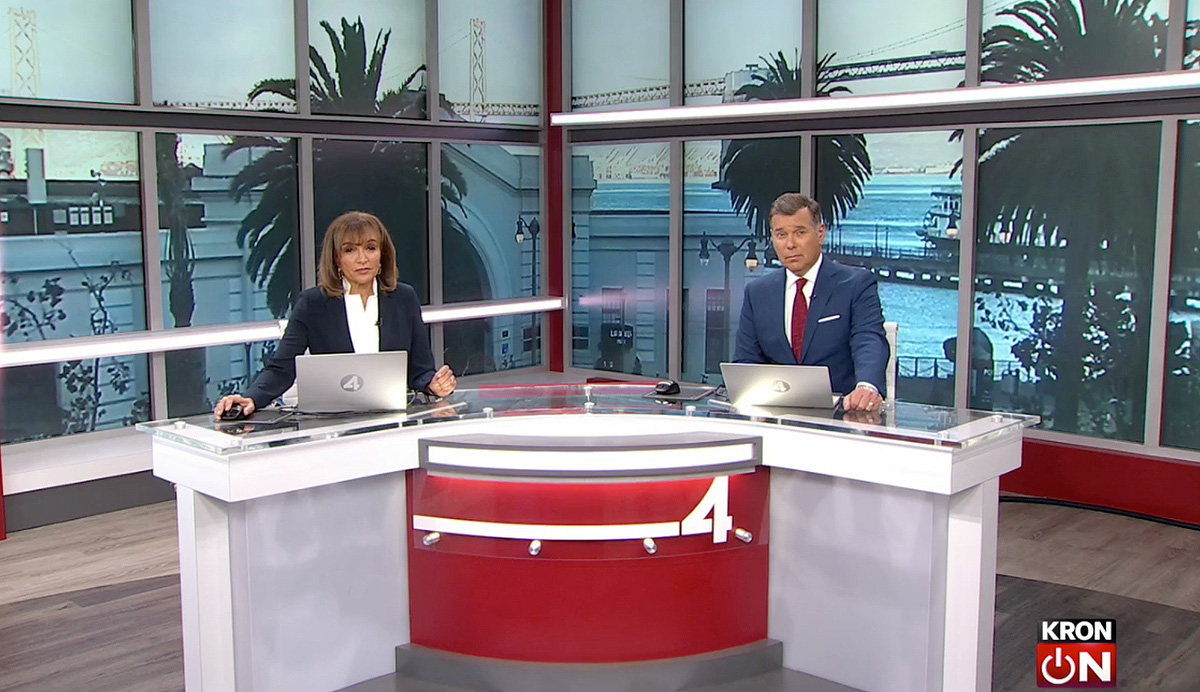 The new set design nearly doubles the height of the station’s old set, also from FX, making use of the studio’s height and providing a towering window for the main vista wall. This faux “window” is fed during different newscasts from skycams around the Bay Area, such as of the Embarcadero, Golden Gate Bridge or airport.

Red accents, present on the desks, knee wall and divider walls, bring KRON’s signature color into the studio while light grays and white round out the palette.

Low res LED from Neoti provides the backdrop to the multi-purpose area, which can be used for interviews and stand-ups, with three vertical displays for topical content. 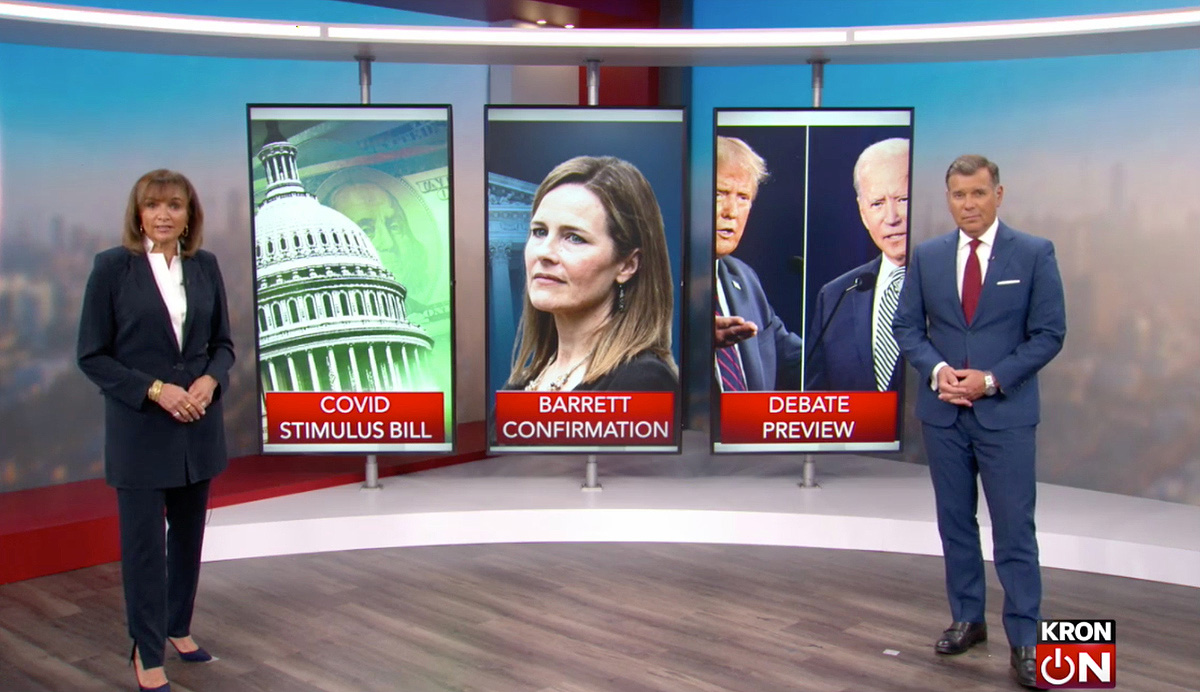 The set’s spacious weather center includes a presentation pod and large work area with a tracking monitor backed by more views from faux windows. This area is separated from the main anchor area by a 4×4 Philips monitor array powered by a TVOne Corio Master. 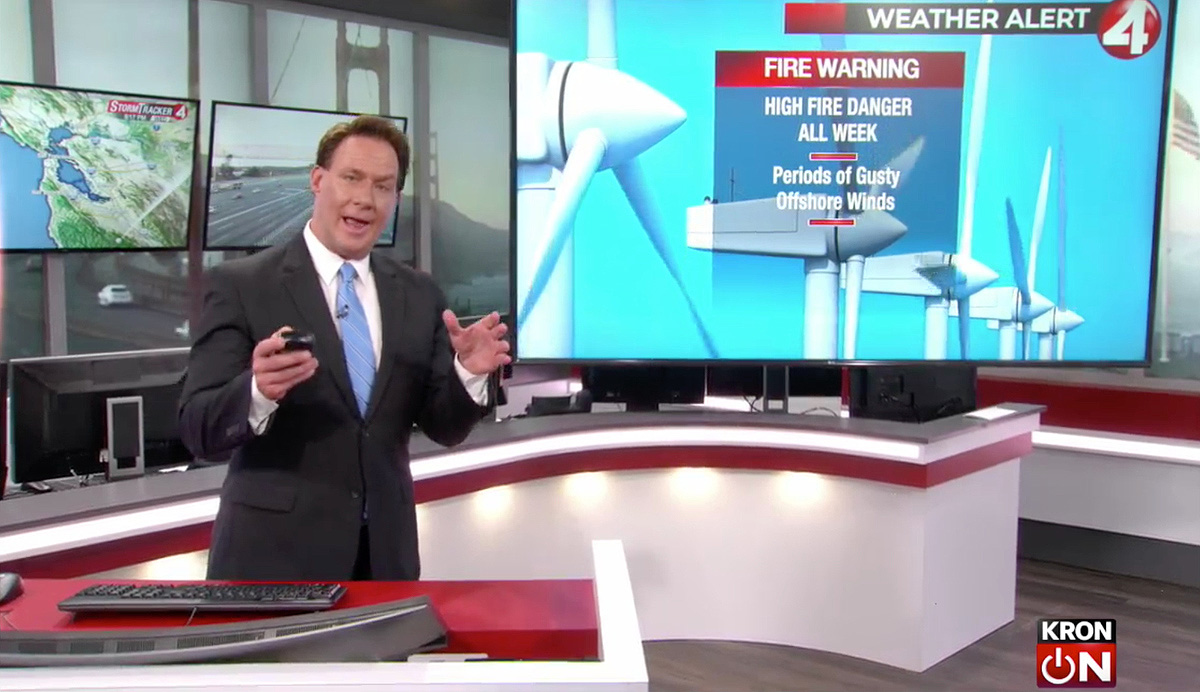 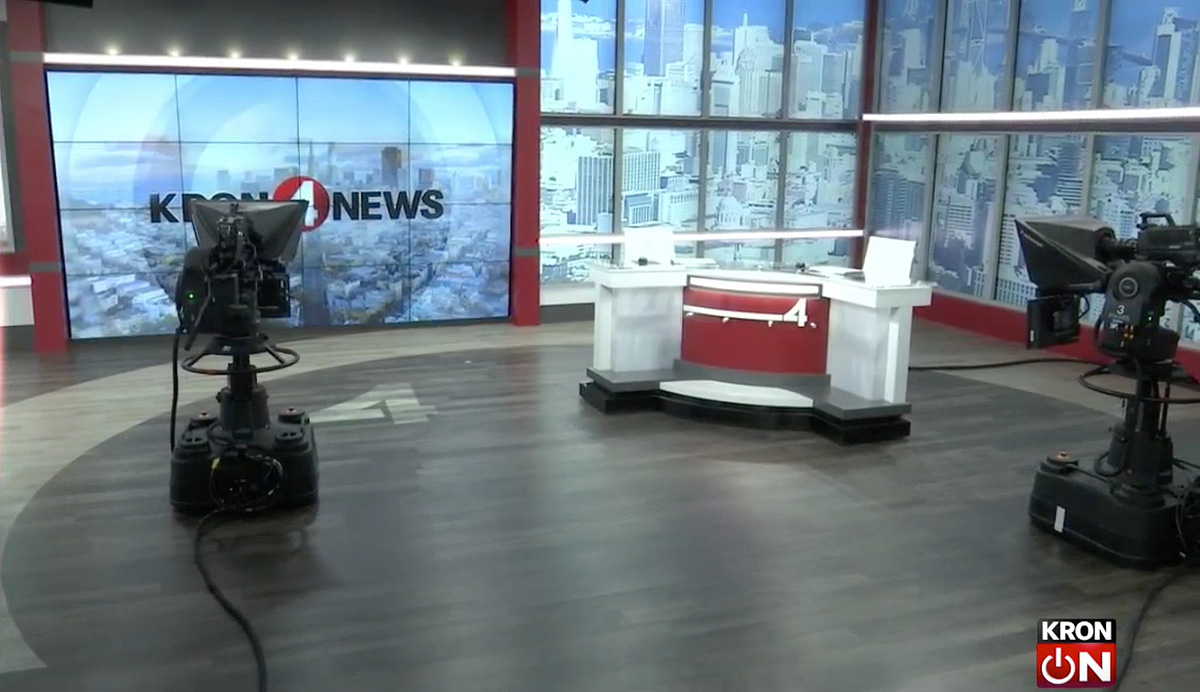 Digital Video Group worked with the station on the video wall integration and studio cameras.

KRON broadcasts from the Financial District in the same building as ABC owned-and-operated station KGO, however, the two do not share operations.