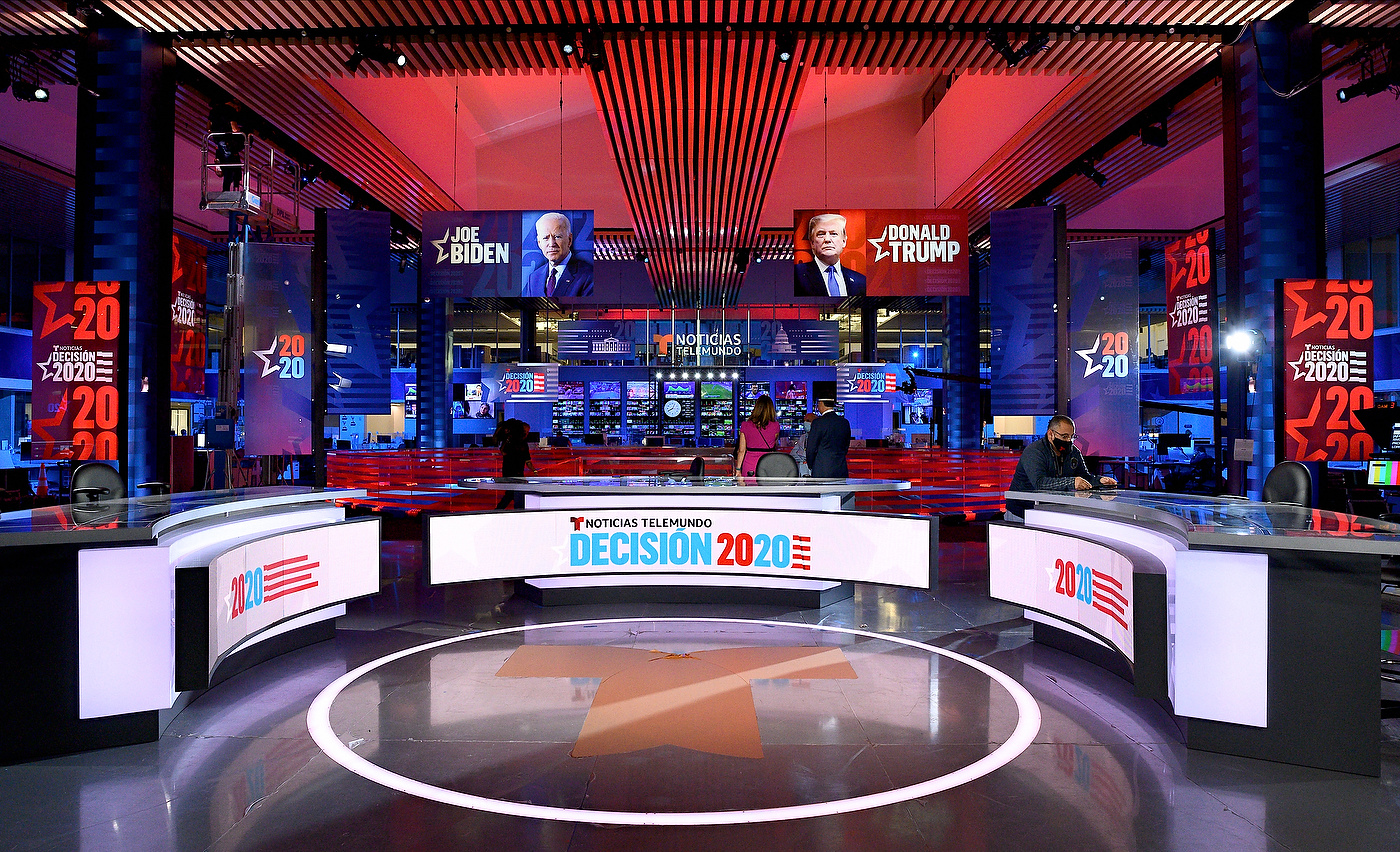 For its election studio, Telemundo has transformed its Miami headquarters into a 16,000 square foot studio space with multiple on-camera locations scattered throughout its newsroom.

Borrowing what is normally the second-floor newsroom of Telemundo, a crew of 150 converted the space into a broadcast-ready set including a three-part curved anchor desk fronted by LED displays that can display important election updates, such as key race alerts or state projections.

“We spared no effort in telling the story of why this election is so important. Most importantly, we’ve brought Latino voices and stories to the table,” notes Vanessa Hauc, a Telemundo presenter who will be part of the coverage.

Panorama of the main set for Telemundo’s election coverage. Photos courtesy of Telemundo.

The anchor area is flanked by multiple supporting spaces including a curved LED video wall to the left and a 9-foot touchscreen LED display to the right. 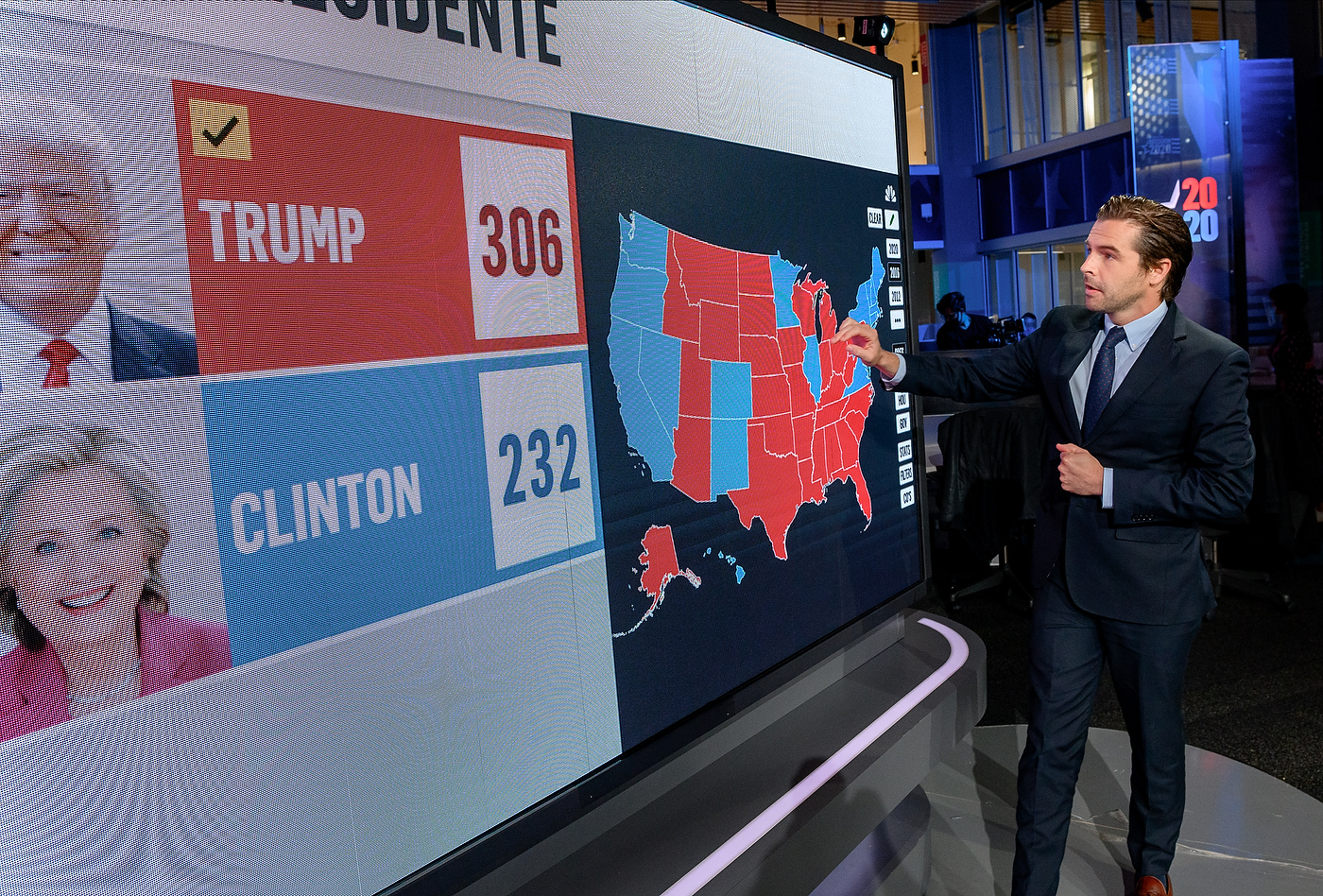 In a distinctive twist, Telemundo is leveraging Planar’s LookThru transparent OLED, which allows for teaser or bump shots looking through the monitor to the main anchor area. Telemundo is one of the first broadcasters in the United States to use the new display technology, with a similar monitor also recently used in China.

Meanwhile, the atrium of the building has been redressed with Washington, D.C. iconography, including a faux stone effect with dramatic uplighting and an extruded Decisión 2020 logo, to create a monumental area for augmented reality graphics.

Multiple lit presentation areas in the atrium provide flexibility for reporters to break down the data, such as from the staircase, while the United States Capitol dome or projections of the House or Senate races are layered in via Vizrt’s broadcast solutions.

An additional area of the newsroom is set up to look at real-time social content from both campaigns using a multi-monitor array.

Wrapping the entire space is over 3,000 feet of printed election-themed graphics with 6 million pixels of LED video technology used and over 250 lighting instruments. 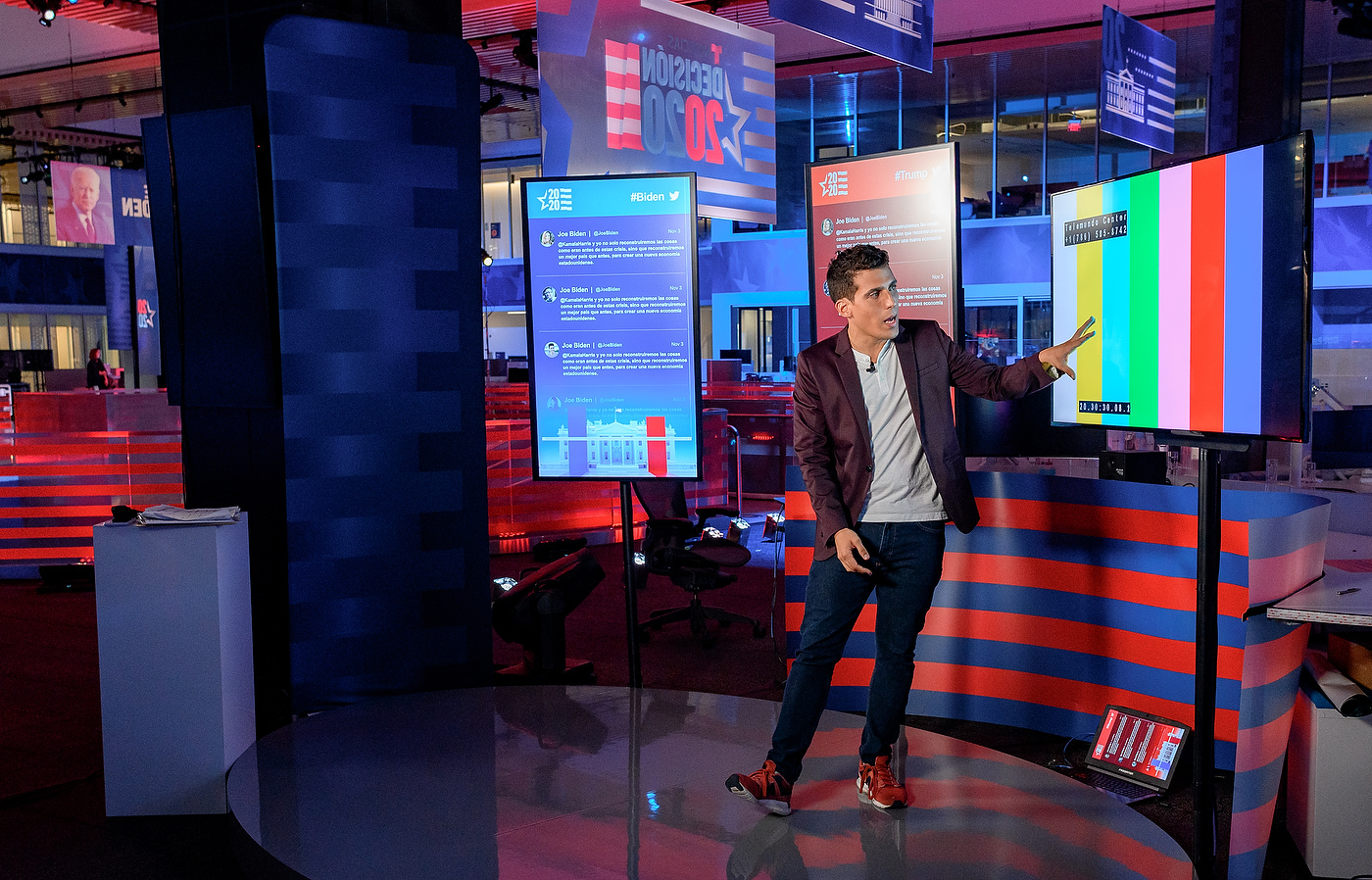 “This deployment of technology and personnel… What’s important is that we’re trying to do this in the most honest, professional, thorough and interesting way, so we can give the audience what they deserve,” said presenter Julio Vaqueiro.

The outside of Telemundo Center has also been dressed for election night with a patriotic wash of red, white and blue lighting on the building exterior. 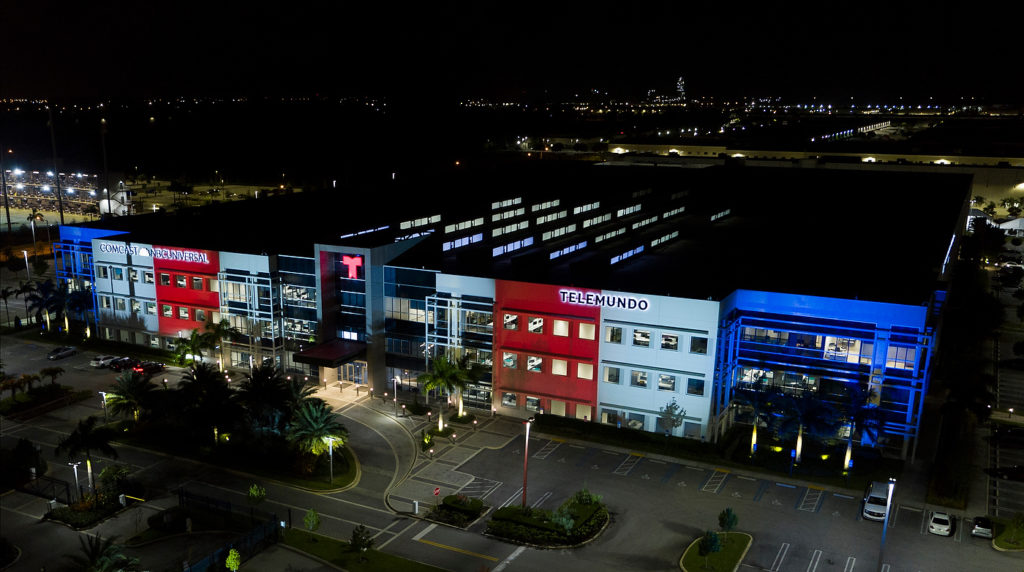