How the networks broke the news of Biden’s win 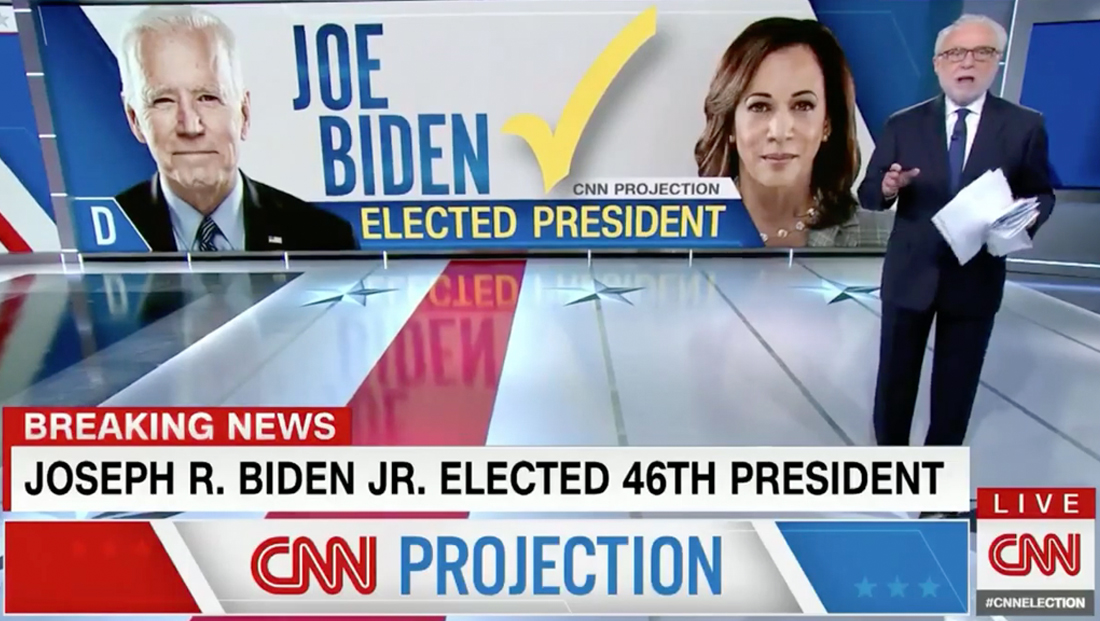 After days of anticipating when an electoral college win would be projected for the 2020 race, the news of a Joe Biden win finally dropped about a half an hour before noon on the east coast Saturday, Nov. 7, 2002.

NBC and MSNBC called it under a minute later with Lester Holt and Savannah Guthrie on set in Studio 1A.

CBS‘s Norah O’Donnell reported the win just before 11:26 a.m with ABC having George Stephanopoulos cut in shortly behind just between 11:26 and 11:27 a.m.

The Associated Press, though not a TV network, is notable because it shares data with Fox, called the race at 11:28 a.m. Fox, however, would not break the news until 11:40 a.m., making it the last of the major U.S. networks to make the call.

At the time, Neil Cavuto was on camera and briefly mentioned the news before tossing to Brett Baier and Martha MacCallum in Studio F for full coverage.

At least some of that delay is attributed to the fact that because it is not part of the National Election Pool that claims ABC, CBS, NBC (and MSNBC) and CNN as members and therefore has slightly different data.

Notably, however, the AP and Fox called Arizona for Biden election night — while ABC, CBS, NBC, MSNBC and CNN — still have not as of the morning of Monday, Nov. 9, 2020.

For all you GIF lovers, below are Giphy versions of each network’s screen as the race was called from our Giphy channel.