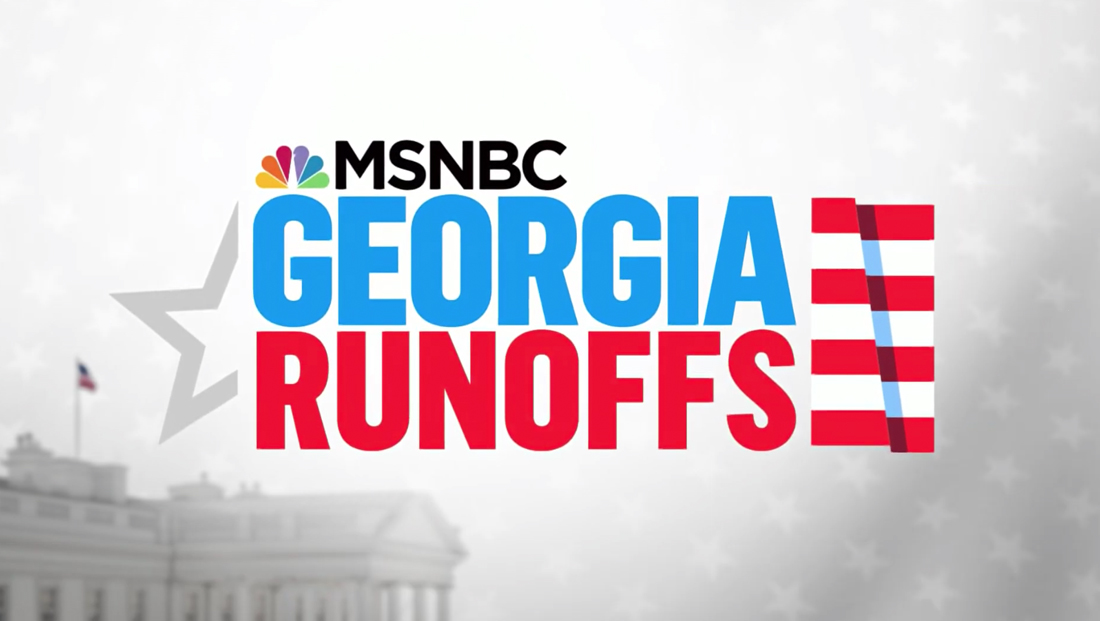 Two major events in politics are stacked back to back over the next two days — the Jan. 5, 2020, Georgia runoffs that will determine which part has control of the Senate and the highly anticipated certification of Joe Biden’s presidential win on Jan. 6, 2020.

On MSNBC, the network us using its “Decision 2020” branding along with a special lockup reading “Georgia Runoffs.”

When special coverage kicks off at 4 p.m. eastern Jan. 5, 2020, the network appears to be poised to switch over to a subtitle of “Fight for the Senate,” according to published TV listings. 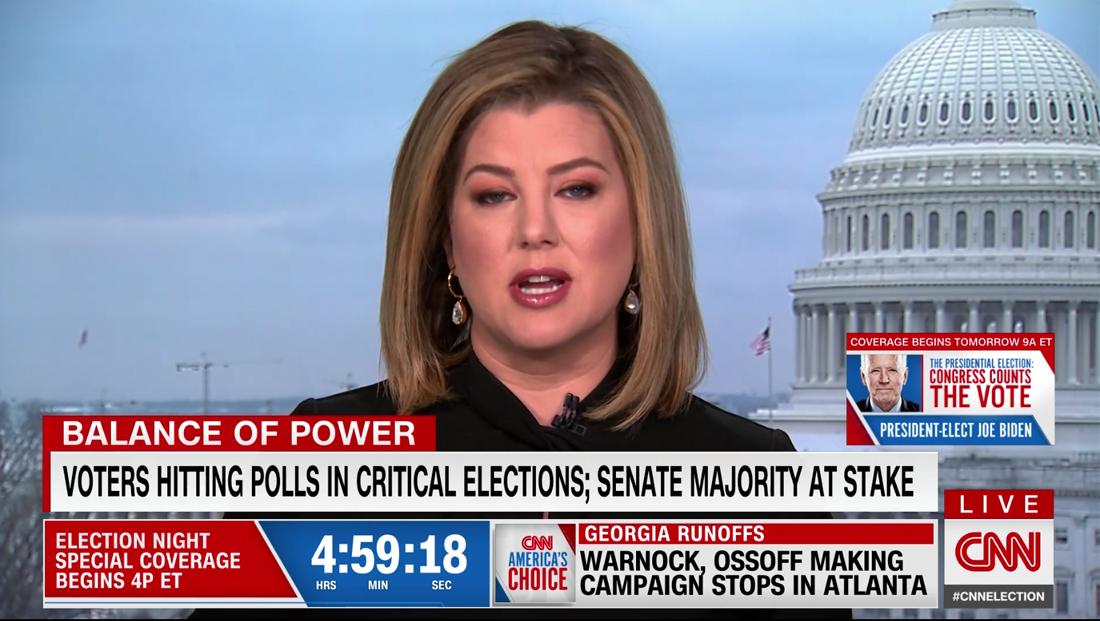 CNN, meanwhile, is using its “Election Night in America Continued” branding along with its “America’s Choice” graphics.

Along with its typical election bar running along the bottom of the screen — pushing the normal lower third insert graphics up higher, the network is also inserting a promo box for “The Presidential Election: Congress Counts the Vote,” its name for coverage of the certification of Joe Biden’s presidential win that is expected to be a flashpoint between parties.

Meanwhile, the Jan. 6, 2020, coverage is labeled as “The Presidential Election: Congress Certifies the Vote” on most TV listings.

It’s promo uses the bold, oversized typography that most of its other spots for the 2020 election season have used.

Fox’s branding expands beyond just the outcome of two senate races — instead opting to label it as “Battle for America.”

Fox has been running a countdown to when polls close.