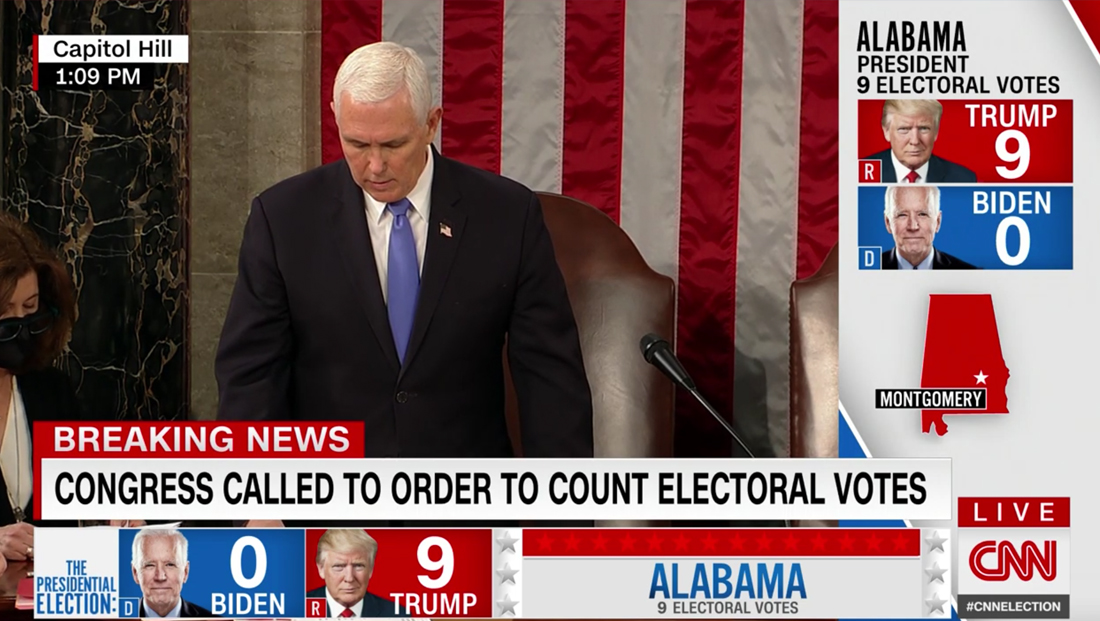 Despite being interrupted by both Republican objections and pro-Trump extremists breaching the Capitol, Congress managed to finish certifying the electoral college votes that officially made Joe Biden president-elect late into the night of Jan. 6, 2021 and early hours of Jan. 7, 2021.

Normally a routine task that takes half an hour or so and receives little media attention, the event was escalated into the public eye due to plans announced by GOP members of Congress to object to the certification of certain states.

In fact, since the procedure is done in alphabetical order, it was widely anticipated that only two states — Alaska and Alabama — would be certified before reaching Arizona — a state Biden narrowly won and the target of false accusations of widespread voter fraud.

That’s exactly what happened — and Congress had split into debate before the extremists entered the Capitol.

CBS had notably returned to network programming in most markets after debate began but quickly retook network air to cover the assault on the building.

CNN stood out among the networks by keeping tally of the votes in a large bar along the bottom of the screen and a sidebar showcasing an outline of the state and its capital identified along with its assigned number of electoral votes and how, if applicable, these were split between Donald Trump and Biden.

Ultimately, the full look didn’t end up getting much airtime past Arizona once the breach occurred.

Congress would reconvene in the evening but CNN appeared to stop using the sidebar at that point, though the running vote was tracked in the counters in the banner.

That said, in some ways, the banner and sidebar, when used together, were a bit repetitive. 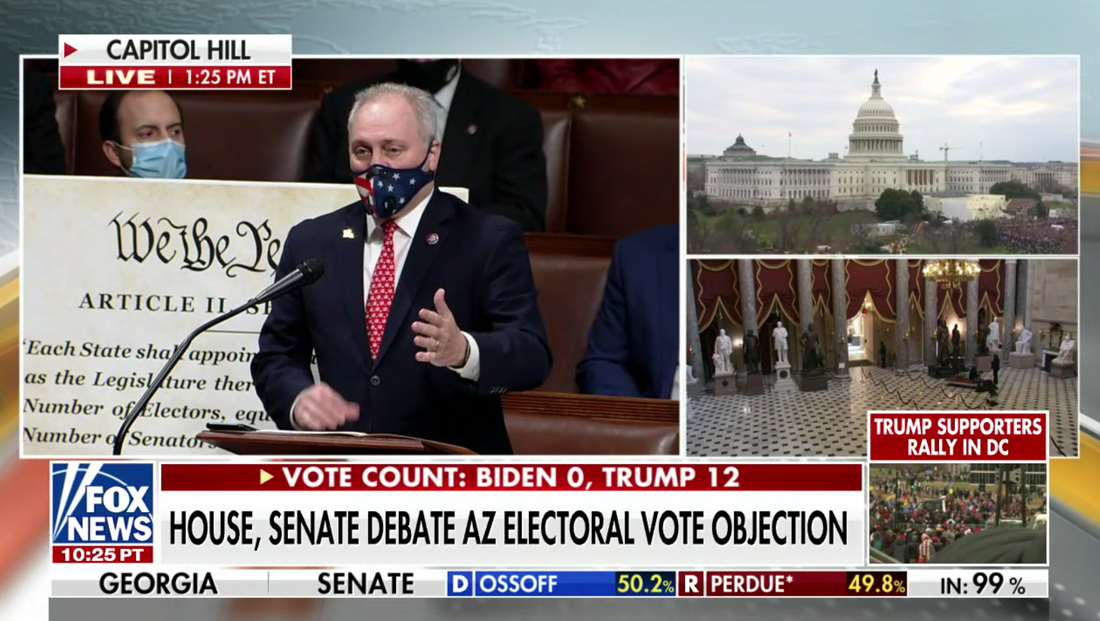 Fox, which was the only major cable network carrying Trump’s rally speech live, dropped out of that feed when the session convened.

See how the other networks covered the start of the session below.

NBC included news that Merrick Garland will be Biden’s pick for attorney general and also included a timeline of events.