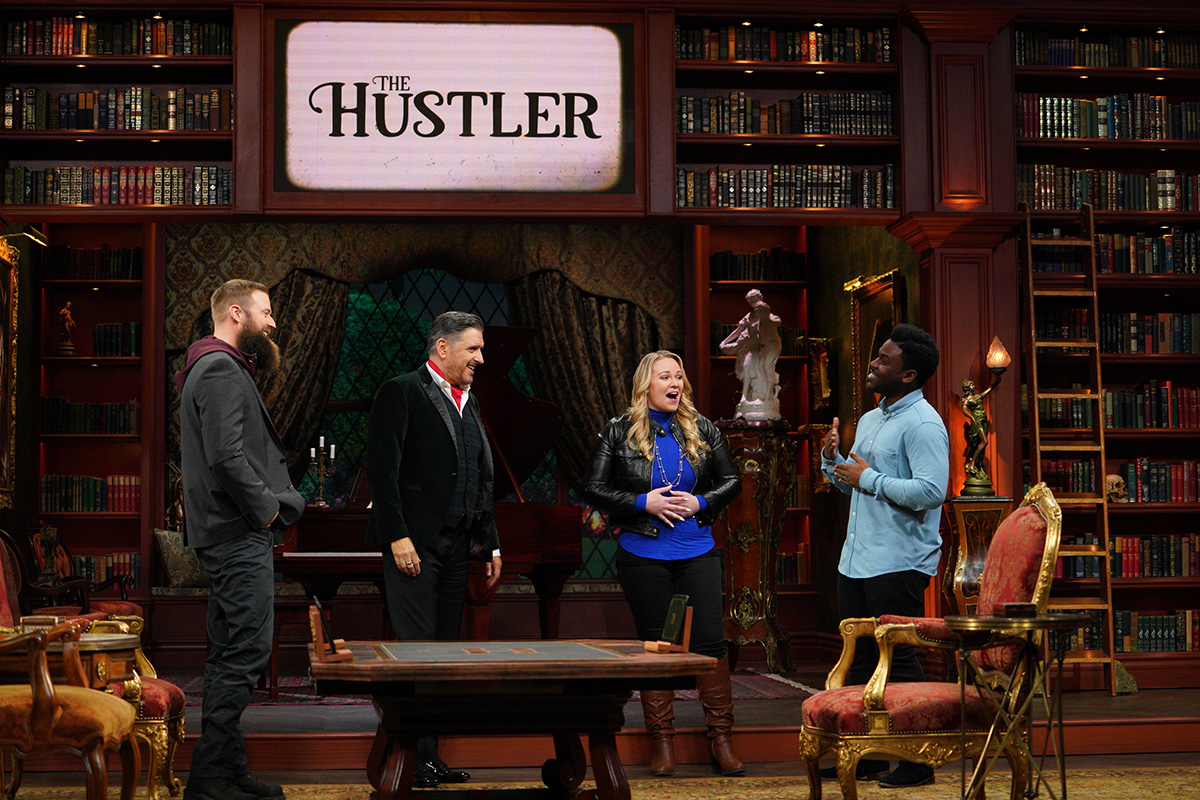 As part of its “Winter Fun & Games” block, ABC is airing a game show where five contestants face off as a team to answer trivia questions — but, of course, there’s a catch.

One of them is “The Hustler” (also the name of the show) — and has a big advantage because all the clues are based on his or her background and interests.

The show is set inside of an elegant library with former “Late Late Show” host Craig Ferguson helming. That’s a big departure from the glitzy, LED driven game show production design currently airing on other shows.

“The best and most important part of the design concept and environment choice was convincing everyone to stay away from the usual LED set world of shiny black floors and pixels,” said production designer Jeff Hall. 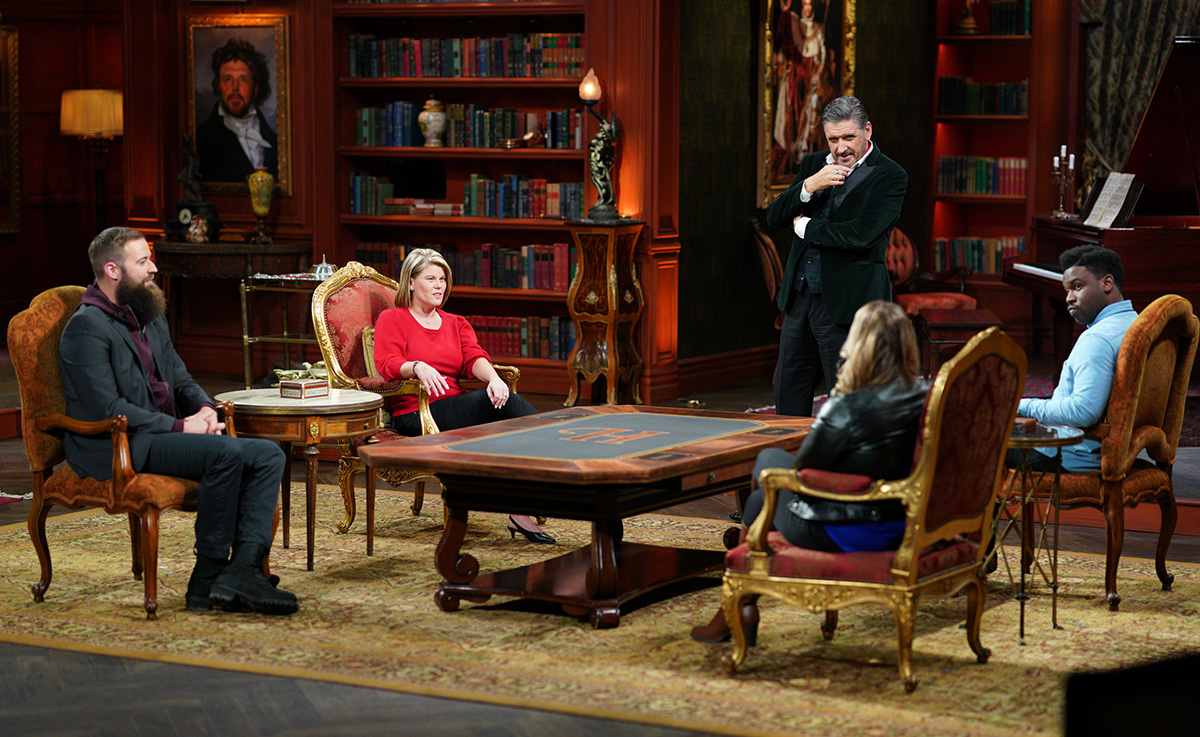 ABC’s “The Hustler filmed at Delfino Studios in California.

“Every other gameshow is derivative of the pixel look, and then they all seem to blend in together and have very little soul. I really enjoyed designing a set with real details, moldings, character and inventive ways to make the place fun and interactive,” Hall added.

The library itself is elaborately decorated with a myriad of display pieces and, quite naturally, also includes built-in bookcases, including several that run over the opening of an alcove with a piano and more scenery.

Ferguson refers to this as the “magic bookcase” because, at the top center, one of the segments of “shelves” is actually a video panel that can display an image of books but also rotate, stereoscope style, to reveal clues.

Another panel used for scorekeeping masquerades as a framed picture. While another portion of the bookcase opens to reveal a small room.

There’s also a pneumatic tube-like at a bank drive-through — that allows Ferguson to insert elimination votes and whisk them off.