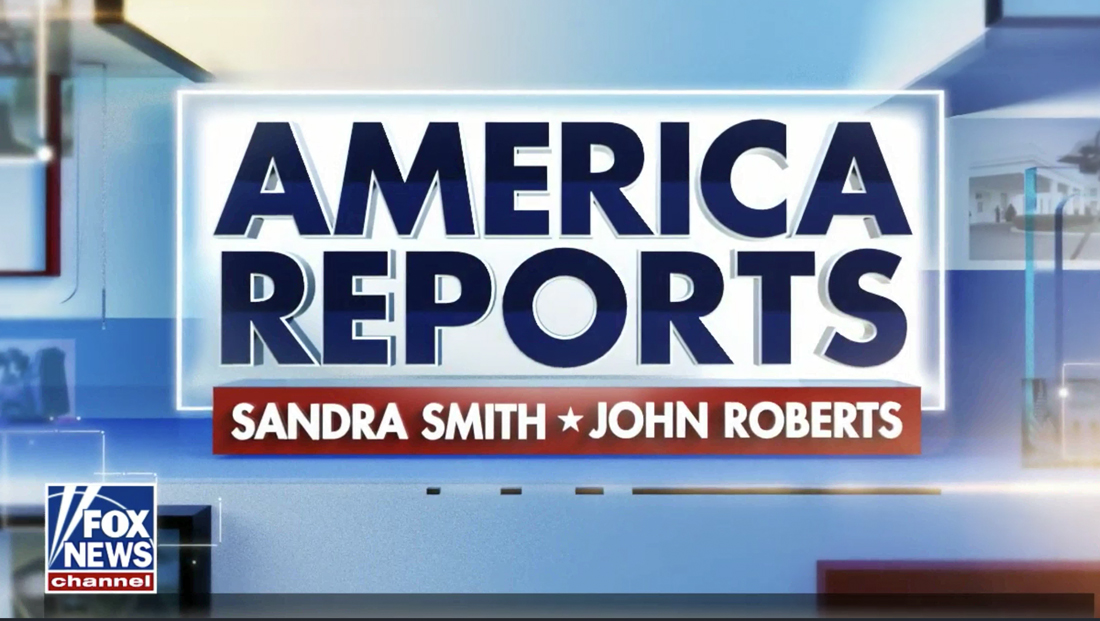 First up, going in order of the schedule, is a relaunch of “America’s Newsroom” with new hosts Bill Hemmer and Dana Perino (Hemmer moved from the 3 p.m. eastern hour “Bill Hemmer Reports” and Perino from the 2 p.m. “The Daily Briefing“).

The duo hosted from the network’s Studio J, which has been home to the program since the studio was revamped in 2018.

Coronavirus restrictions had changed how the show has to be shot (it used to use a video loop of the network’s newsroom as a primary background).

Hemmer and Perino are both, at least for now, in Studio J, but seated far apart and positioned in front of the larger, floor to ceiling video walls on one of the narrow space.

Behind them, there’s no newsroom imagery — instead of there’s a view of what appears to be the Avenue of the Americas (6th Avenue) with at least three American flags fluttering in the breeze — though it’s not immediately clear if this is a taped loop or live feed.

Either way, the background has a variety of horizontal and vertical line accented added, including some segments that play with the perspective of the view of the street.

The show has retained its old logo and graphics. 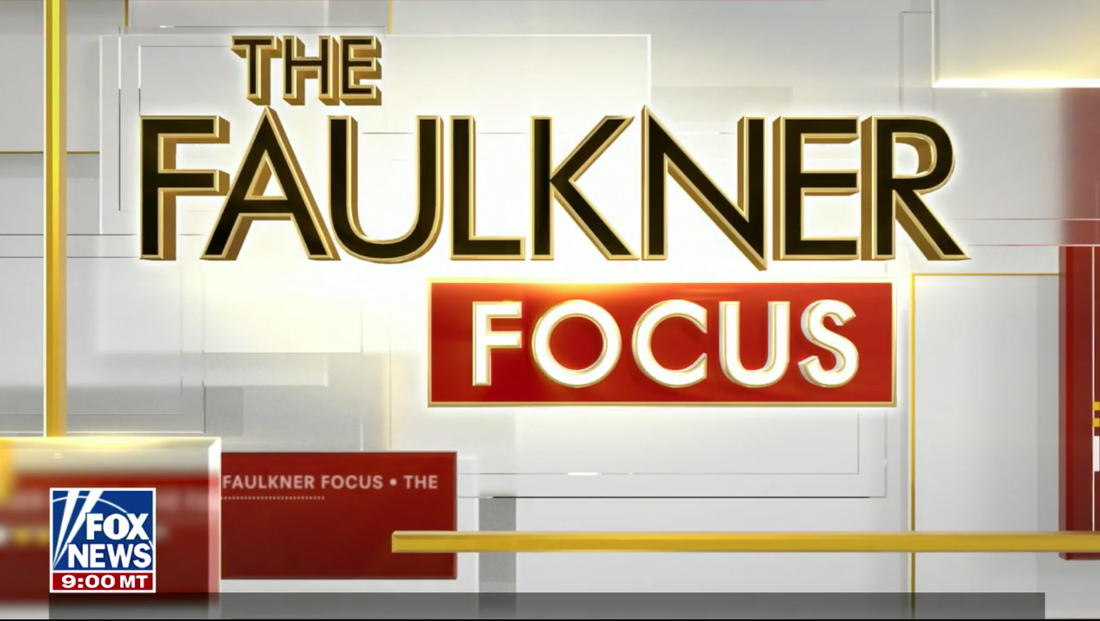 Next up is “The Faulkner Focus” at 11 a.m. featuring Harris Faulkner, who previously hosted “Outnumbered Overtime” immediately after “Outnumbered” at noon.

“Overtime” has ended and Harris’ new time has been rebranded, though it still uses some suggestions of the “Outnumbered” orange and red color scheme — though not its curved graphical motifs.

The logotype appears in the network’s sans serif Gothic font and is accented with right angles and boxes of varying transparency and colors — though there are only a few subtle design references to the “focus” part of the name.

The afternoon block, which now features “America Reports,” also has a similar logo, set in a boldface version of the network’s trademark font. Hosts John Roberts and Sandra Smith get their names in a box under it with a star icon separating them.

Meanwhile, “Fox News Primetime” takes over at 7 p.m., though according to the network it’s a temporary title until a permanent host and format are decided.

Around the time Donald Trump took office in 2017, the 7 p.m. hour was rebranded as “The First 100 Days” with a focus, not surprisingly, on the incoming administration, and hosted by Martha MacCallum.

The title obviously wouldn’t age well, so it was eventually renamed “The Story,” also hosted by MacCallum. As part of the changes, this show moved to 3 p.m.

While it doesn’t appear Joe Biden’s administration will get a show title focusing on its first 100 days, Roberts did note, at the top of “America Reports,” that the show would be split hosted between New York and Washington most days during the “next 103 days” (he was including the three days left in the Trump administration).

Roberts, who is also assigned the White House, appeared from a rooftop overlooking the White House while Smith was in Studio N adjacent to the network’s newsroom and used the space’s movable vertical video panel and other displays for an in studio guest segment.

Correction: An earlier version of this story misidentified the show that aired at 7 p.m.