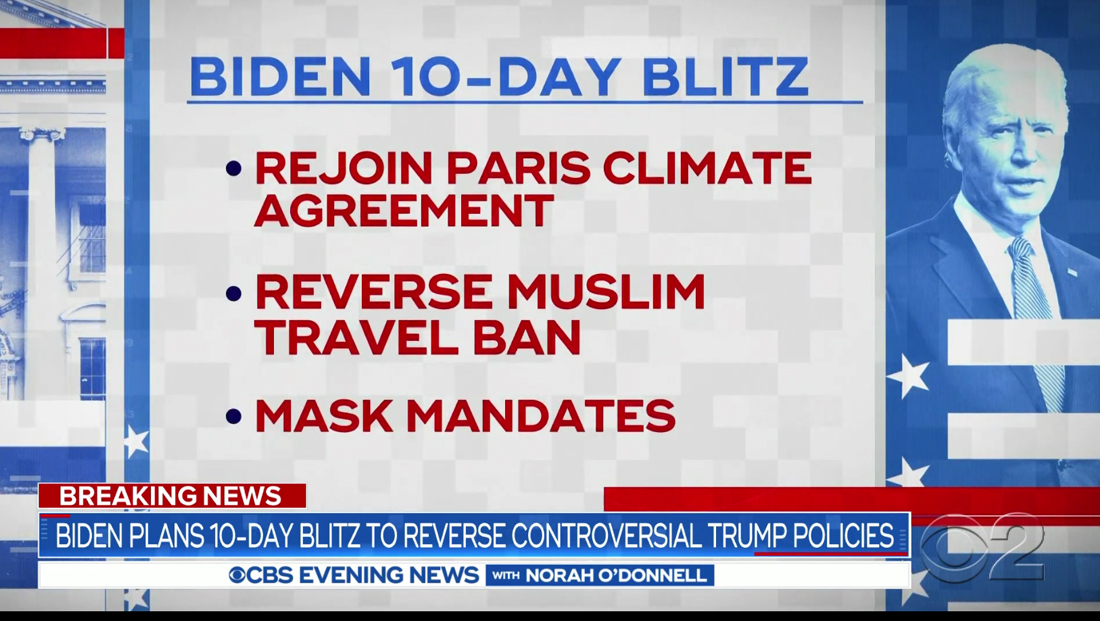 “CBS Evening News” used the graphic above to list key highlights from the planned flurry of executive orders in a fullscreen graphic. 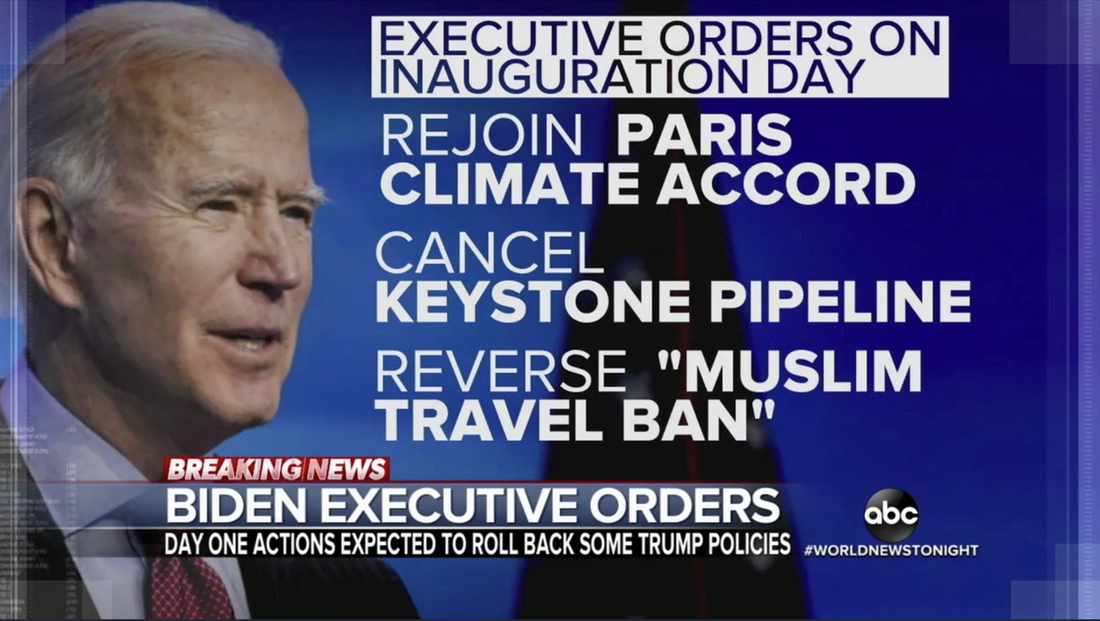 “NBC Nightly News,” on the other hand, broke down the actions into three sidebars for each of the first three days as well as a “next week” sidebar that appears alongside correspondent Andrea Mitchell’s live tag at the end of her package.

The sidebars used a deep blue and beige look along with the “46” transition seal the Biden team has been using.

“Nightly” anchor Lester Holt was also back in studio Jan. 18, presumably as the network gears up for inauguration coverage.

He had been anchoring from his home studio for several weeks.