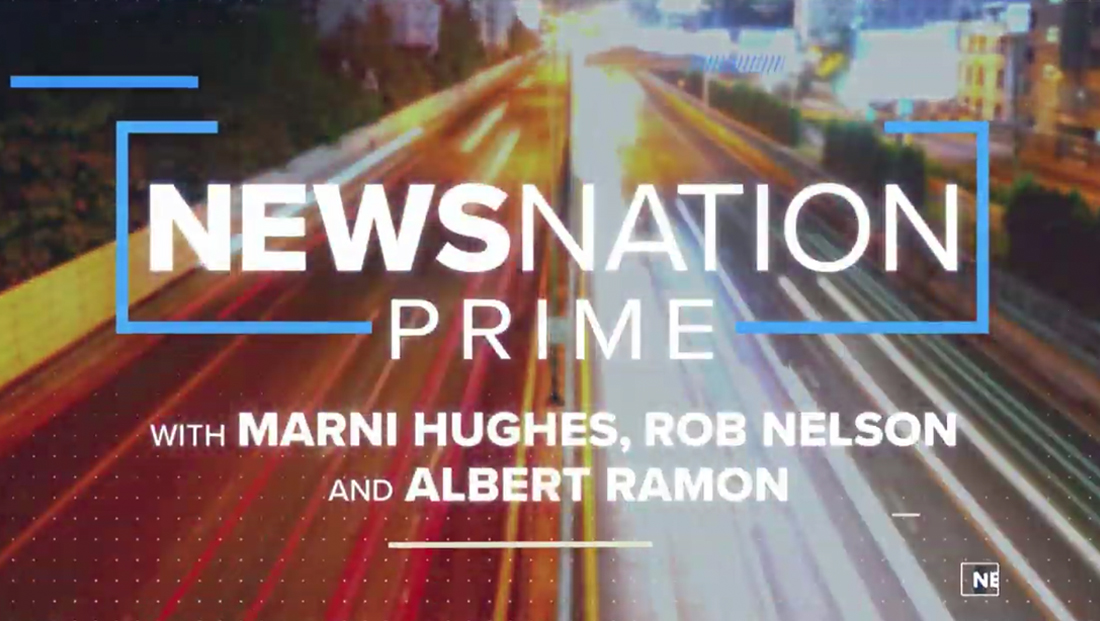 Amid a series of changes NewsNation debuted March 1, 2021, was a rework of the signature primetime newscast that includes a new open that introduces new light burst elements to its look.

Now known as “NewsNation Prime,” the show airs on the channel NewsNation, which switched names from WGN America the same day.

Nexstar opted to cut back the primetime newscast by an hour, so it runs from 8 to 10 p.m. now, as opposed to its original 7 p.m. start time when it launched in September 2020. The 6 p.m. hour is now occupied by “The Donlon Report,” an hour of news, analysis and interviews hosted by Joe Donlon, who was previously co-anchor of the primetime newscast.

Original co-anchors Marni Hughes and Rob Nelson remain, and meteorologist Albert Ramon has been elevated to named co-host of “Prime,” mostly contributing softer news stories in addition to the weather.

For the new name, the network modified the”NewsNation” logo with the word “Prime” below and extended the lower “arm” of each bracket, which were colored in one of the brighter shades of blue in the graphics package palette.

Instead of the artful views of America and blue and biege boxes, the open is now dominated by a the streaks of headlights and break lights from a busy city street — with a dotted pattern and other accents visible as well.

Animated horizontal bursts are also incorporated, shifting the open’s style away from the flatter, more geometric style originally developed to a light burst heavy look that is a distinct and not-uncommon motif for many news graphics packages.

Most of the insert, fullscreen and on set graphics remain true to the original graphics package.

March 1’s newscast started with the anchor desk situated in front of the six panel video array along the so called “crop circle” wall, a nod to the centric ring patterns installed there.

The show used all six panels as the primary background on most two shots.

For weather, Ramon used the small lectern style pod in the center of the weather center area — with an updated frosted glass front reading “Prime” similar to the treatment the main anchor desk got as well.

The setup was also used for an in studio reporter intro and, later in the program, the show notably flipped the anchor desk to use the wall opposite the crop circles, which features faux exposed brick and “windows” created with seamless LED panels.

This position also allowed Ramon to interact with the anchor desk as he delivered “trending” stories and engaged in crosstalk.