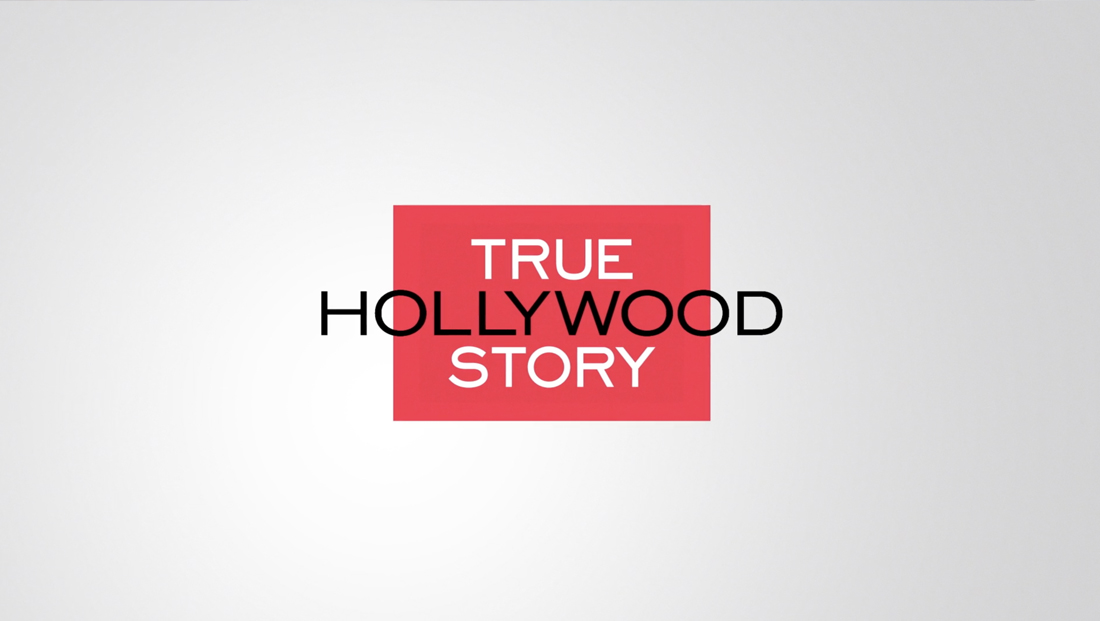 The look features a new open from Transistor Studios designed to recall the red carpet, an old symbol of Hollywood glamor.

Much of the look includes a distinct shade of red in some form — whether the background image, a band of color, border or typography.

The shade of red isn’t quite the one most might think of in terms of a typical red carpet — instead it has, depending on your viewpoint, hints of pinks and even oranges, which is nice break from the deep, rich red so often seen in Hollywood-centric looks.

Large typography spells out the message of “True stories of … fame … icons … adversity … triumph” with imagery connected to each word.

Typography is set in a wide sans serif and displayed as both solid letters and outlines — with the main title in a slightly lighter version that conveys a sort of casual elegance.

In another nice touch, the first and third “O”s in the logotype “overflow” the red box behind a stacked logotype lockup. 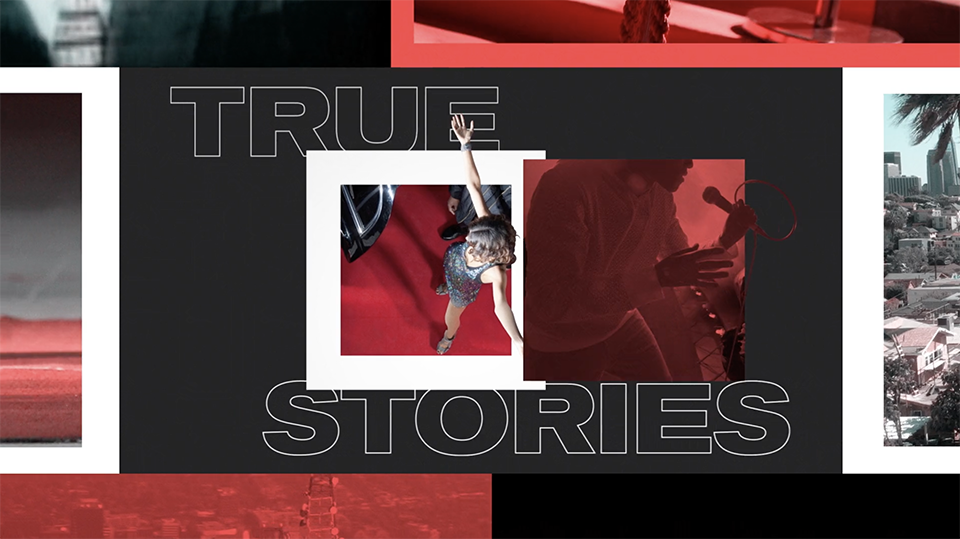 Much of the elements also include illustration of the timeless “walking the red carpet” practice, flashing cameras, performances and award wins.

The documentary series dates back to 1996 and ran more than 500 episodes varying from one to two hours long. It stopped appeared on E! in the late 2000s but a revival was announced in 2019 and completed a six episode run from October to November of that year.