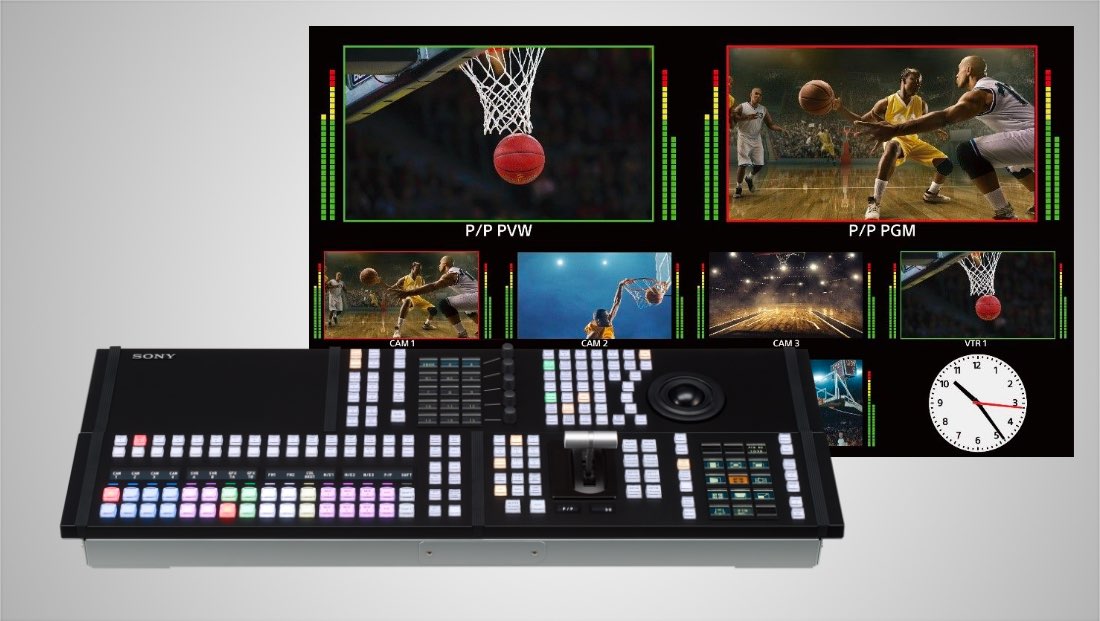 The switcher is optimized for live production needs including news, entertainment, sports, as well as houses of worship, corporations and educational institutions.

Branded as XVS-G1, the switcher system is intended to fit small to mid-size studios, outside broadcast vehicles, and fly pack systems.

“Sony’s switchers have a long history and reputation for their reliability and functionality,” said Theresa Alesso, pro division president, Sony Electronics. “The new XVS-G1 builds upon that legacy in a compact and modular form factor that adds must-have features such as a clip player, 4K capability, 1080p support, GPU processing and HDR conversion, at a lower price.”

One of its distinguishing features, Sony notes, is its hybrid structure which pulls together a central processing unit (CPU), with a graphics processing unit (GPU), and a field-programmable gate array (FPGA).

Platform enabled by GPU options
The graphics processing engine enables multiple creative functions as it is enhanced with features like a built-in clip player, 3D digital multi-effects, multi-viewer to enable the displaying of multiple types of information such as the audio level meter, and multi-layer captions overlay. Multiple HDR format conversion options are available as well as compatibility with the Sony SR live workflow.

Built-in clip player
The XVS-G1 system comes with an optional clip player, for the first time in a Sony live production switcher. There are four channels in HD mode and two channels in 4K(UHD) mode. Widely available AVC codec files in MOV or MP4 container format are supported.

The switcher is designed to easily and instantly load media files into the internal SSD storage device directly from a menu display on a PC or tablet device.

New menu GUI and control panels
The user menu is based on a newly designed web application. Quick access to desired items is achieved through easier navigation of the menu structure to reflect live operation workflow and setup. Wireless operation can be done via Wi-Fi and a PC or tablet device, and the structure allows quick access to the desired menu.