ESPN’s ‘The Jump’ changes positions with return to studio 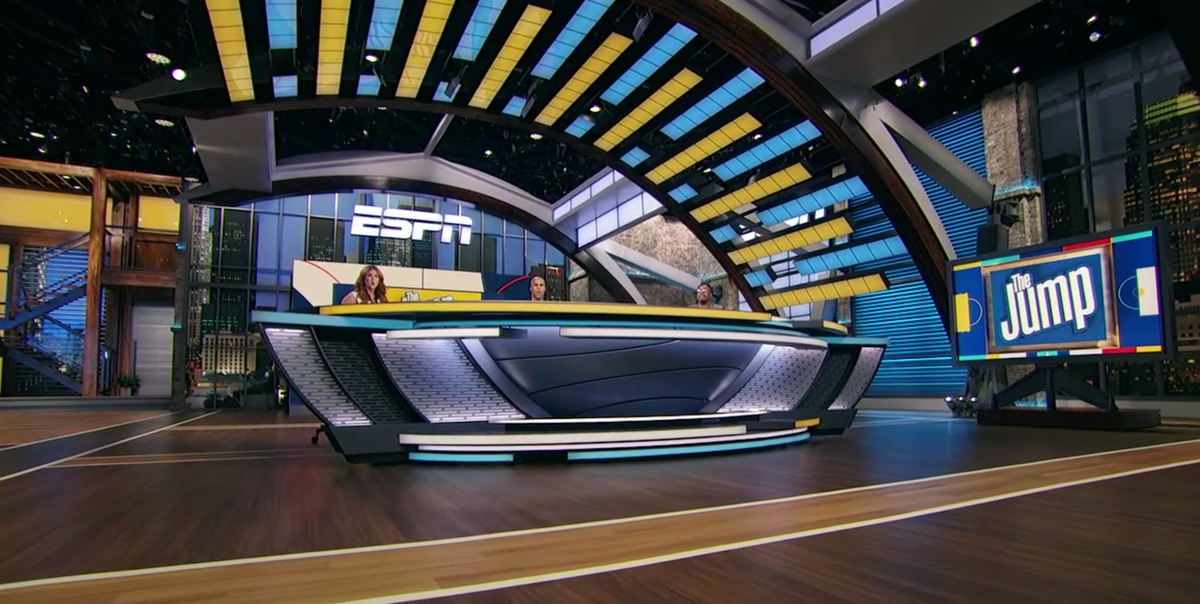 ESPN’s “The Jump” updated its on-air set up this spring, moving to a new position inside Studio H at the network’s Los Angeles Production Center.

With the change, host Rachel Nichols is now joined by analysts at a super-sized, socially distanced desk, replacing the show’s previous. 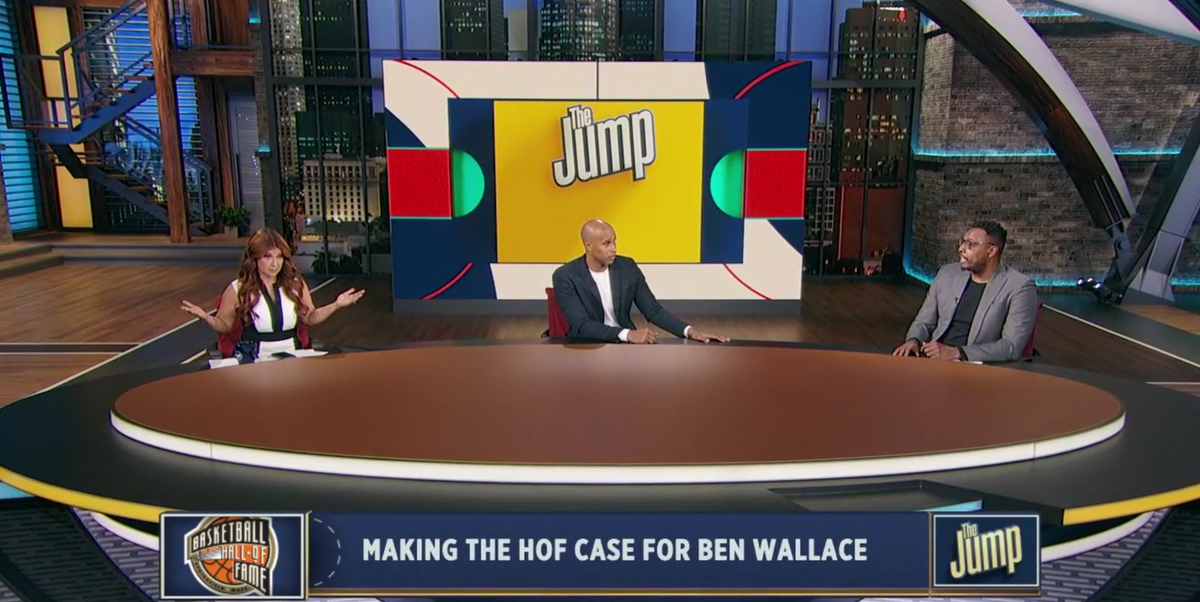 The new desk features internally lit bands and a gridded texture that is dramatically lit. The center section mimics the seams on a basketball with a brushed metal texture.

The new location gives the show a larger space for camera moves and allows the studio’s canopy to wrap the new anchor area. 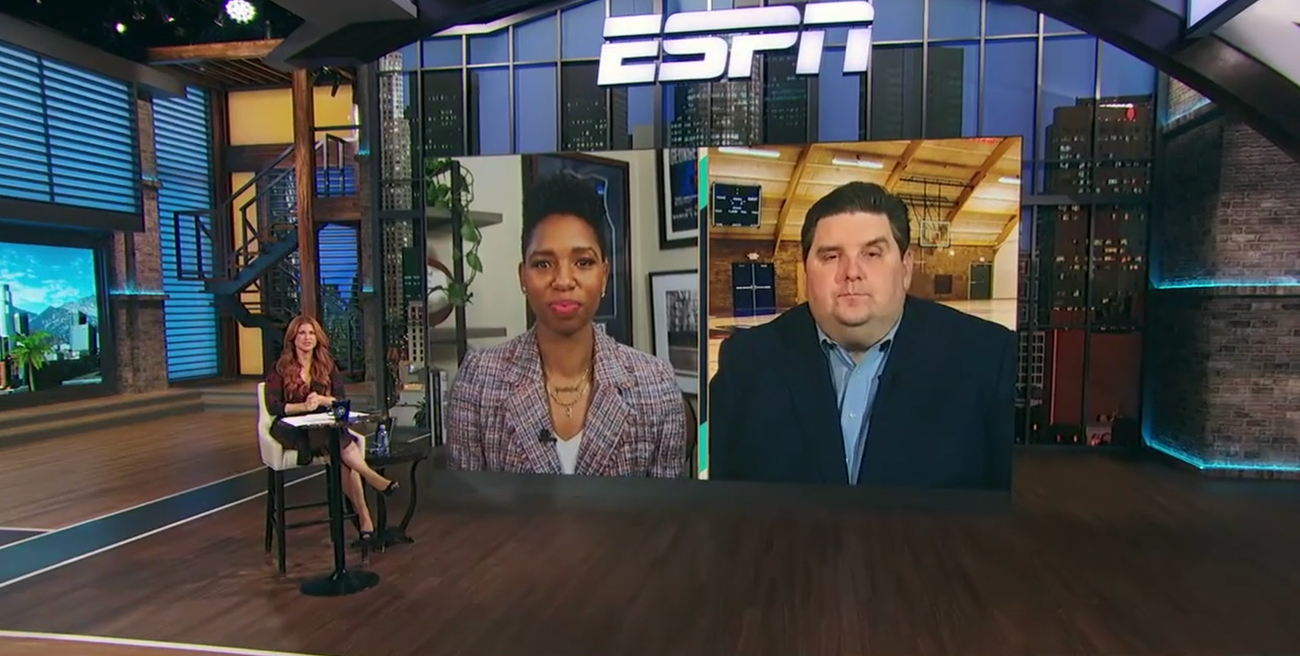 On days when only Nichols is in the studio, the large LED wall is also used to showcase remote guests.

Before the move, the show used the interview portion of Studio H which included deep, backlit shelving with views of the Staples Center in the dura graphics. This area was missing display technology and had a similar footprint to the show’s previous home.

ESPN’s ‘The Jump’ upgrades to the Studio H penthouse

Studio H originally debuted in 2019 and serves as the primary home of “First Take” and “The Jump.”