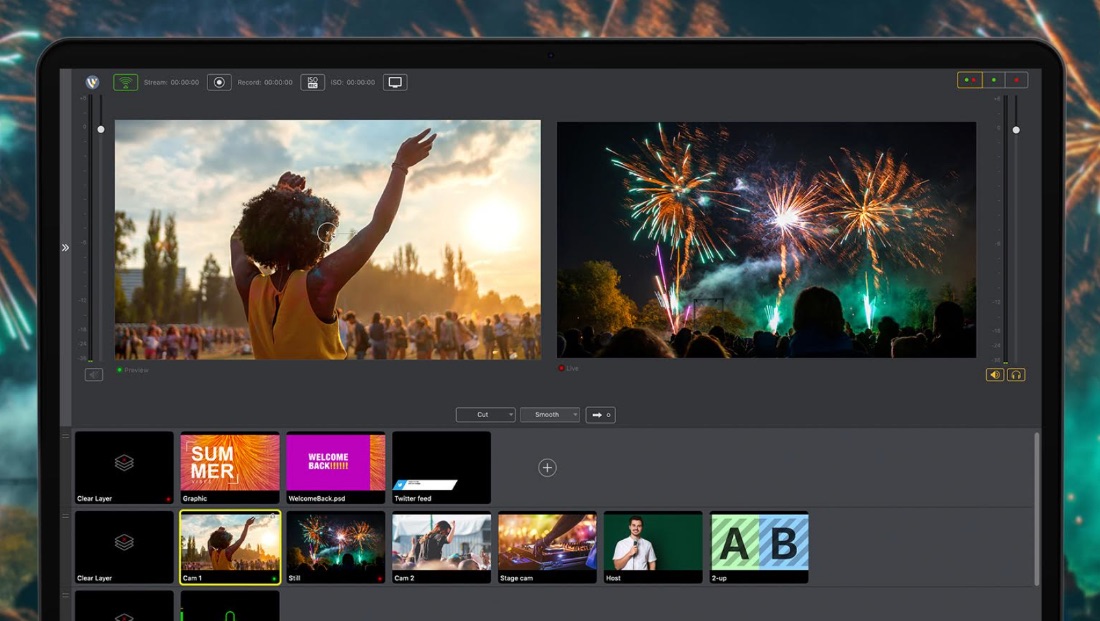 Telestream has announced the latest version of its live production and streaming platform for Mac and Windows, Wirecast.

The new version adds native support for Apple Silicon (M1) hardware along with a variety of new software updates.

In Wirecast Pro, users can now send their live outputs to a secondary display. The live program feed can be sent to a big screen or to an independent capture device without the need for specific hardware. When paired with a UVC HDMI capture device, users can capture live output for use in other applications like Zoom or Teams as an alternative to using a virtual camera/mic.

Shot Templates allow users to add a pre-configured shot layout to a document. Cameras and sources can now be assigned to Placeholders to quickly add a source to any number of shots. For example, an operator could assign a guest to a placeholder and once that guest arrives, they are automatically placed in all shots designated for them.

Lock Shot Icon – users can take a snapshot of a live shot and save it as an icon thumbnail. Example: PTZ cameras with multiple shots configured can display customized snapshots for each angle for quick identification during production

Support for LinkedIn Live Auto-Captions – When streaming to LinkedIn Live, users can now enable Automatically Generated Captions in a broadcast, which will enable viewers to see captions in their player

Clock enhancements – several updates to the clock overlay including:

Wirecast 14.2 is available now and is a free update to all users with a Wirecast Access plan.