How ‘Dancing on Ice’ creates sweeping, up close views of figure skaters 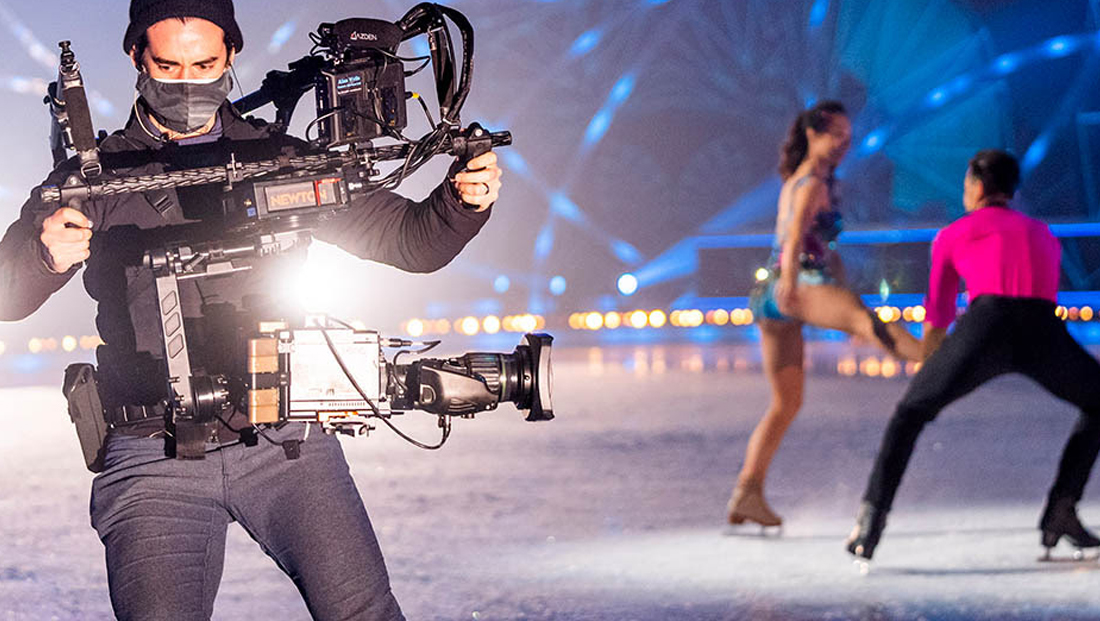 U.K. reality competition show “Dancing on Ice” has deployed what it bills as the first figure skater camera operator to help capture the action during a live TV production.

Cowan is outfitted with a Ready Rig and Newton stabilized camera head to capture action directly from the ice skating rink built inside a studio at RAF Bovingdon.

Images are captured with a Sony HDC-P50 broadcast camera and a Canon HJ14 lens that is remote-controlled by cameraman Dominic Jackson, through the Newton control panel. Jackson and the panel are not on the rink.

Cowan is an American figure skater who has been offering his services as a camera operator on ice for several years.

During previous “Dancing on Ice” seasons, Jackson would walk on the ice with spike shoes, capturing closeups with the help of a Steadicam.

However, producers wanted a more immersive way to get viewers close to the action

Development on the current rig and camera system started in 2018 went into use in 2019, garnering a Guild of Television Camera Professionals award of excellence nomination for 2020.

Although lighter options are available, Newton was the only gimbal that could keep a steady horizon through all the twists and turns at high speeds on the ice while carrying the standard 4.3-60 mm zoom lens, according to the company.

“Newton also requires less clearance for the three-axis motors which, while requiring counterweights, meant I could let the rig hang close to my body and thus keep it close to my center of balance,” said Cowen in the statement.

Cowen works closely with Jackson during several rehearsals ahead of each live show — and his own experience as a figure sakers brings an unparalleled vantage point of how to best capture the action on ice. 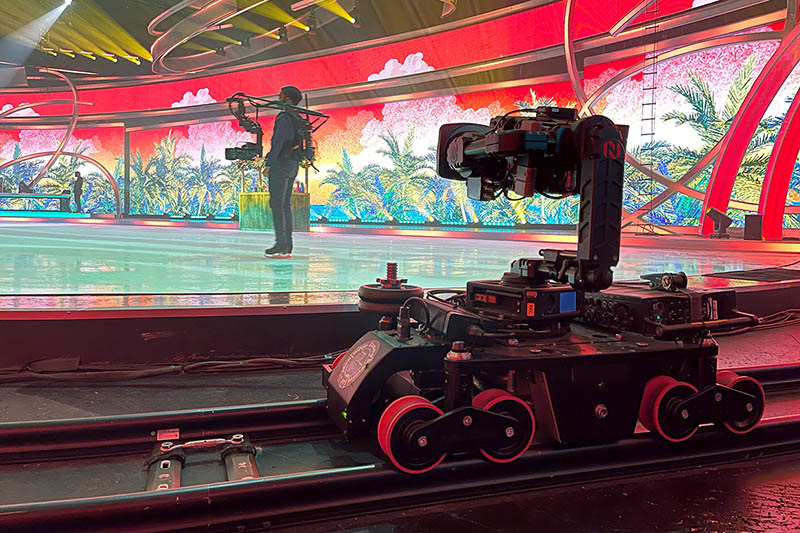 While other productions, including “Dancing on Ice” itself, have used camera operators on the rink, as well as a variety of other jib, traditional, robotic and handheld capture methods, this is believed to the be the first case of a trained figured skater operating a camera on the ice during a live production, though this hasn’t been independently verified.