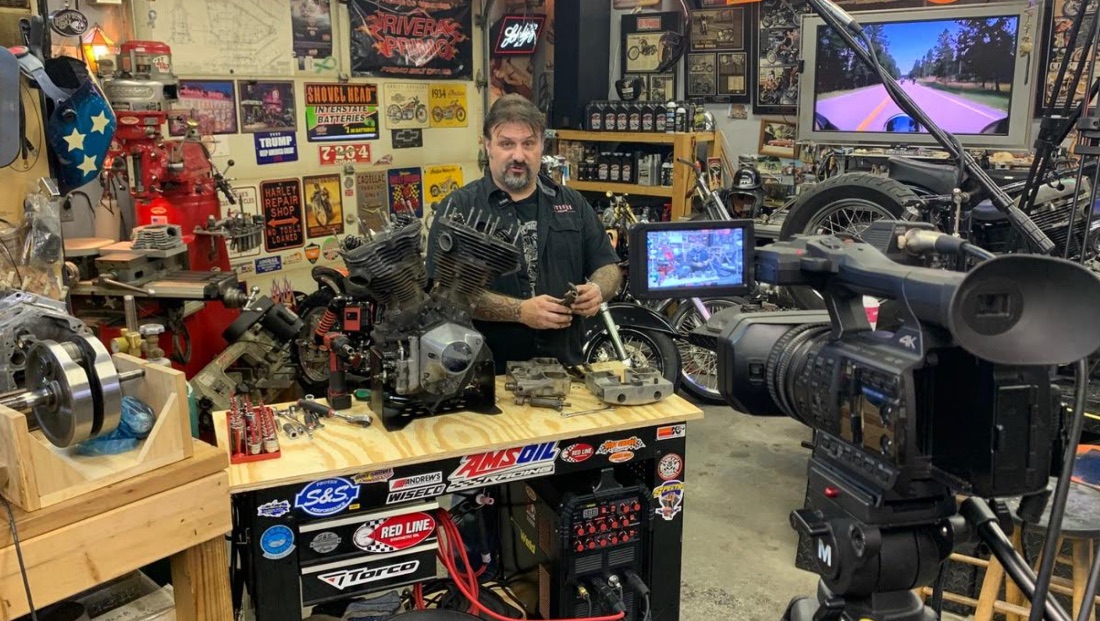 When the economic turndown caused one of the last custom motorcycle magazines, Cycle Source, to reevaluate its business model, publisher Chris Callen turned to Wirecast from Telestream to create a multimedia streaming business geared to the motorcycle community.

Now operating with a new name, The Source Media Group, the company reaches 3.5 million viewers through live and recorded streaming to an affiliate network of a dozen social media channels. The company also produces podcasts and blogs as well as commercials and documentaries, and of course Cycle Source magazine, with over 350,000 monthly subscribers.

“Wirecast and Restream.io literally saved my business and infused it with new life. This software is like the hub of a wheel with many spokes, such as streaming media, video production, and social engagement. Each initiative supports the other and Wirecast and Restream.io support them all,” said Chris Callen, Editor in Chief, The Source Media Group, Pittsburgh, PA

In repositioning his company’s focus, Callen faced many creative, logistical, and technical challenges. These challenges all stemmed from the need to generate 40 to 50 hours of fresh, original content monthly, while maintaining the high (1080/30p) video production standards that attract the avid audience his advertisers and sponsors pay to reach.

With the help of guest co-hosts and his wife who is his production manager and grip, Callen produces the shows largely as a one-man-band. While hosting the shows, he is manning all the key production positions, including line producer, technical director, graphics operator, and audio engineer. He credits his success to the logical, intuitive, and aesthetically pleasing user interface of Telestream Wirecast software, as well as the streamlined workflow he designed and perfected that works equally well in his home-based garage studio or his Mercedes Sprinter that serves as his mobile unit.

A key reason that Wirecast proved to be the ideal solution for Source Media is the combination of Wirecast and Restream.io. Restream.io takes the program output from Wirecast and distributes it in real-time to multiple destinations, such as Facebook, Twitter, and YouTube sites, simultaneously. But more importantly, Restream.io aggregates all the user comments on all of those destinations, and deposits them into an on-screen chat box in the program stream.

“Managing user comments is the key to making all this work. Social media platform algorithms reward video content creators that demonstrate lively, engaged viewer interaction by raising the show’s visibility in their feeds. When I give a shout-out to fans joining in, it motivates them to stay watching. Restream.io counts how many comments I’m getting, which tells me how well the show is doing. The more views, the more value I can deliver to advertisers,” said Callen.

While he considered competing solutions that were relatively inexpensive or even free, Callen decided that the uncompromised, feature-rich Wirecast environment coupled with Restream.io made this choice a no-brainer. In addition, a unique feature within Wirecast, called Rendezvous, is indispensable for bringing in live video of remote guests within the Wirecast environment. He also brings in video of guests via platforms like Zoom and Skype over an NDI network into the live show.

“If you use Wirecast and Restream.io together the way I’m doing, you’ll see a very big difference in audience interaction where social platform algorithms will just open up naturally, without having to pay to boost or force them open. What’s more, one viewer could be on Facebook, another on Twitter, and another on YouTube. With its integrated chat-back feature, Restream.io brings viewer comments back to Wirecast and drops them right into the on-screen chat box. Wirecast and Restream.io are powerful, and the key to making this streaming model succeed,” concludes Callen.