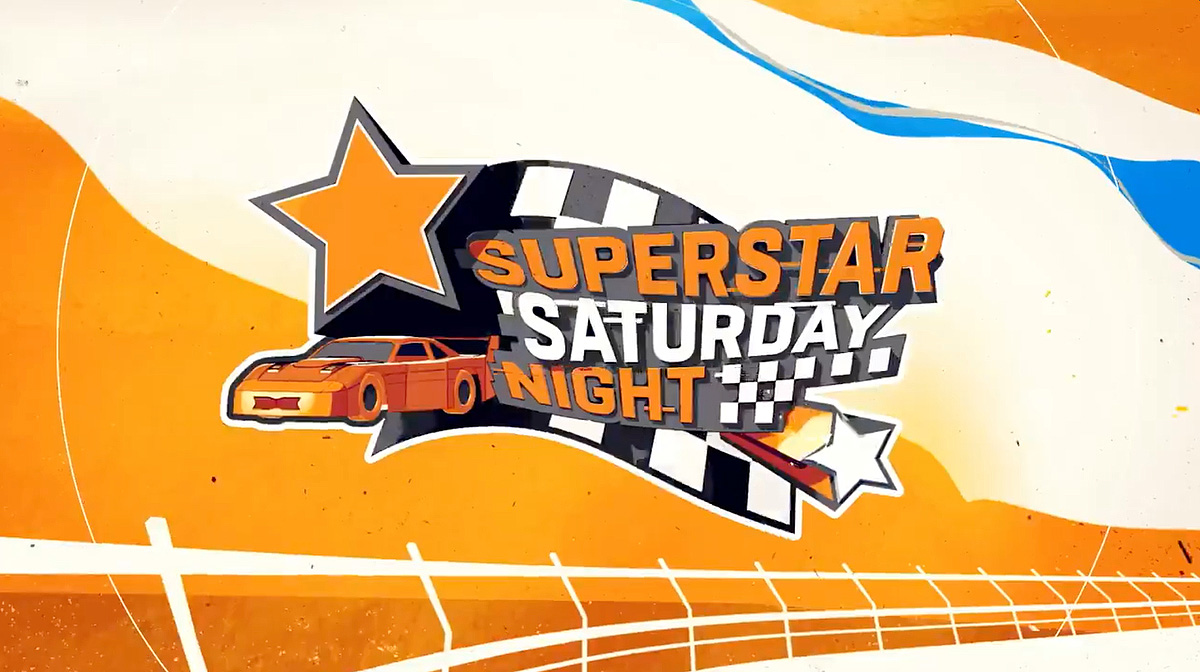 CBS Sports is highlighting the roots of racing this summer with coverage of the newly launched Superstar Racing Experience (SRX).

Founded by former NASCAR driver Tony Stewart and former team owner and crew chief Ray Evernham, the racing series features 12 drivers battling it out in identical cars on short-tracks synonymous with motorsports. The overall concept harkens back to IROC, which used a similar concept with drivers from the top racing series.

For the production, the network has assembled a team well known to motorsports fans including Allen Bestwick, Lindsay Czarniak, Matt Yocum and Brad Daugherty.

The races, built in a made-for-TV format of about two hours, air each Saturday night for six weeks this June and July, in what CBS is branding the “Superstar Saturday Night.” That branding and the focus on the superstars come through in the overall design and packaging of the show, which was created by CBS Sports’ internal design team working with Marcos Vaz and Two Fresh Creative.

Outside of Formula E, this summer series is the lone foray into racing for CBS and they’ve brought a unique toolset to capture all the angles. 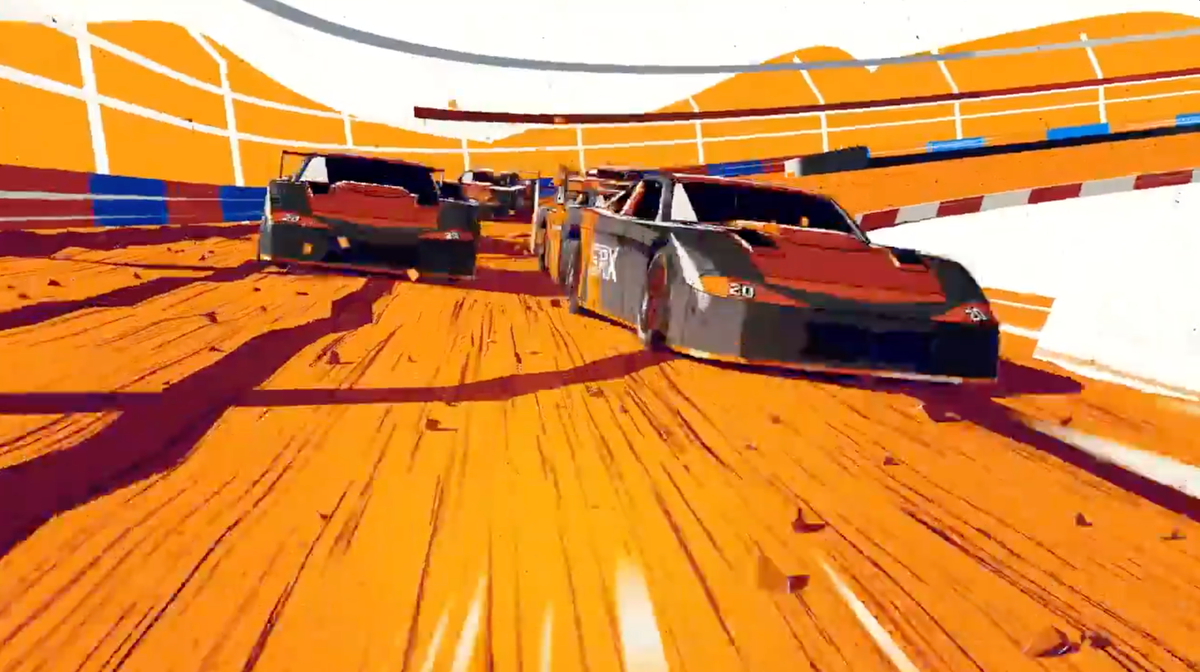 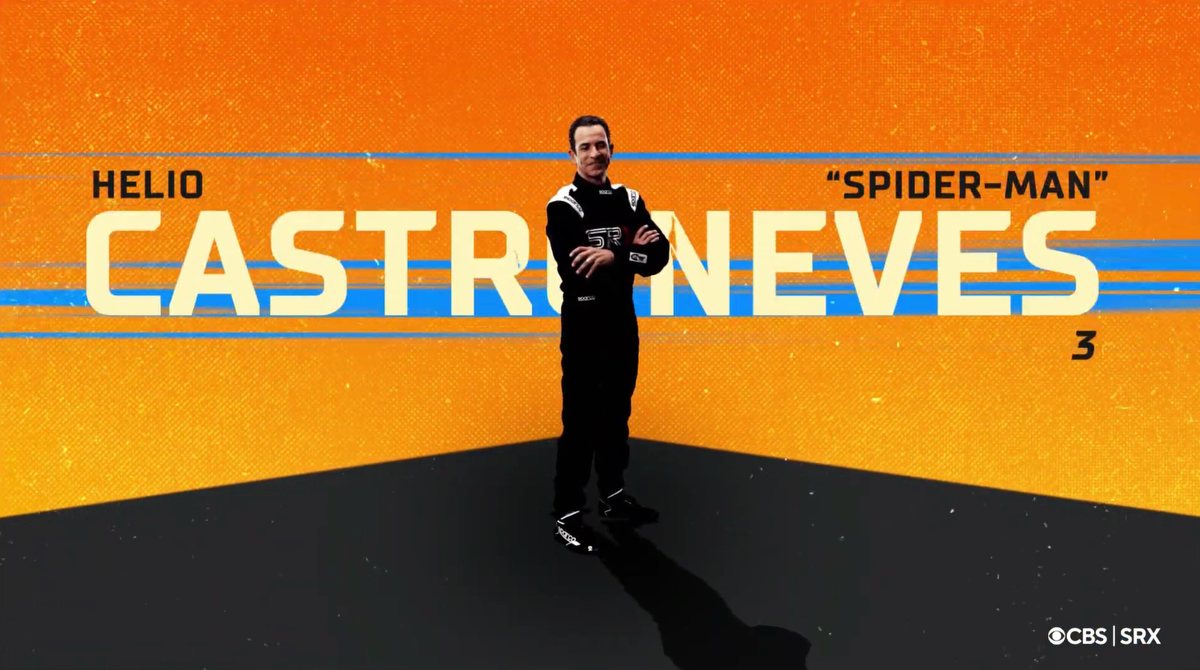 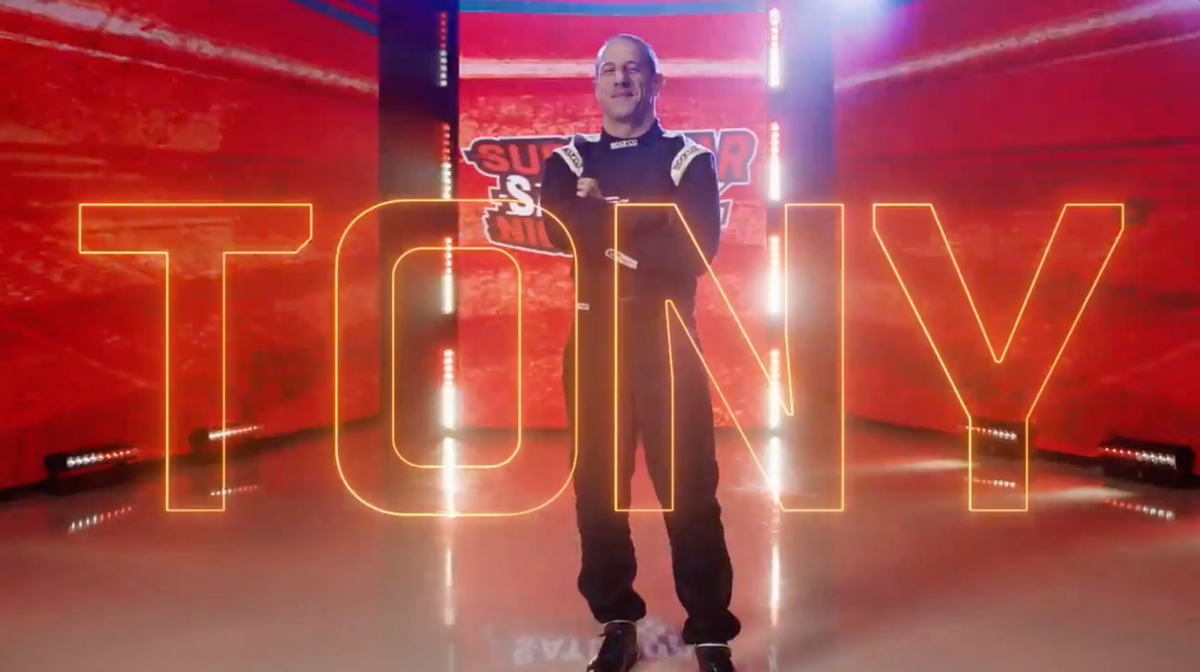 As the series is new, animation and pre-produced footage is at the forefront of the motion package, showcasing driver vignettes and a bit of personality. These vignettes are worked into the open, rejoins and even the starting lineup.

On-track action is animated in the main open and bumpers with cars banging and rubbing as they head towards the checkered flag.

The overall look relies heavily on bold colors, including orange and blue, and features just as much personality as the drivers.

Augmented reality was also utilized for the initial broadcast from Stafford Motor Speedway in Stafford Springs, CT, to showcase the SRX car design. 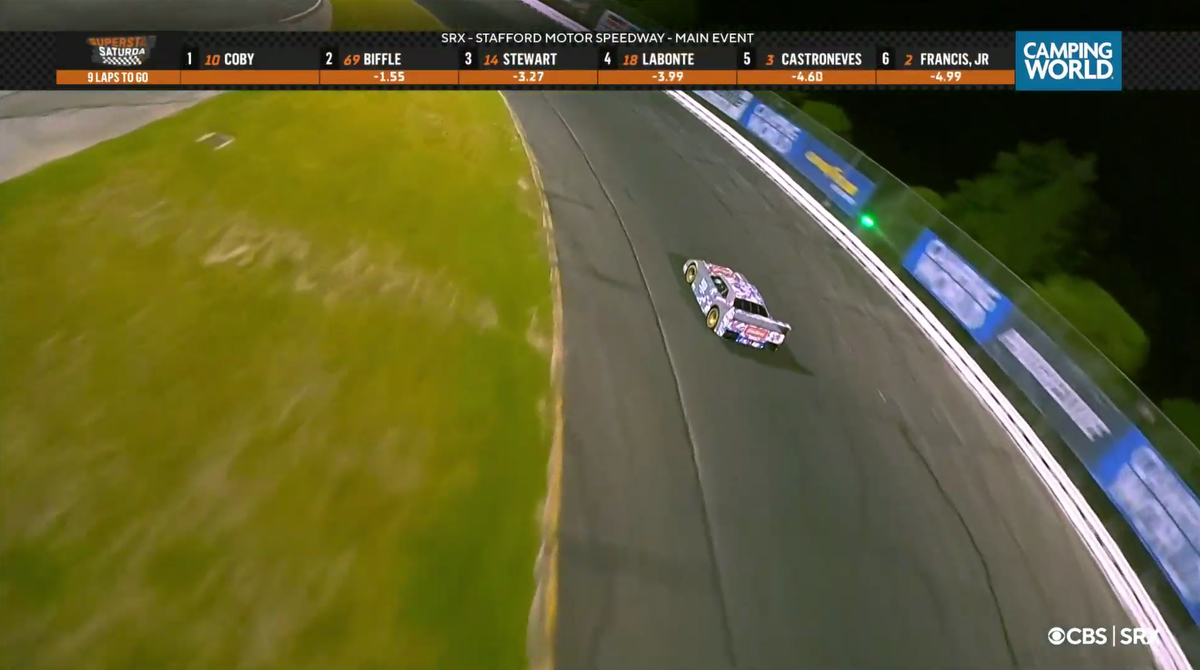 As part entertainment, part sport, the coverage was able to harness a level of access typically unseen, including heavy use of unique drone visuals for the initial race of the series.

While they have become a mainstay of other productions including Fox’s NASCAR and NBC’s Indycar coverage, typically drones maintain a certain distance from the action.

For SRX, however, more liberty was given to drone operator Beverly Hills Aerials, providing visuals unseen before in a live motorsports broadcast.

Flying nearly 90 MPH, the drone was able to capture just how “short” a short rack really is compared to a NASCAR superspeedway.